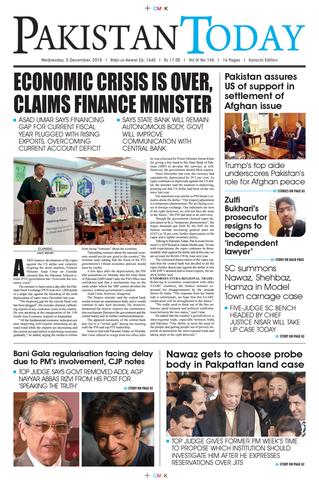 The government signed implementation agreements on 8th of March with two coal-based private power projects of 990 megawatts for commercial operations in 2021.

The MOU’s were signed between the Private Power & Infrastructure Board (PPIB) on behalf of the government, the 660MW Lucky Electric and the 330MW Siddiq Sons involving a total investment of $1.490 billion. The implementation agreement is the final stage to kick-start physical work and enables investors to achieve the financial closing.

Read more: Government plans to cut down Solar battery prices to save environment

The 660 MW Lucky Electric Coal Project, being developed by Lucky Electric Power Company Ltd at Port Qasim, has an investment of $1.08bn while the 330MW Siddiqsons Energy Coal Project by M/S Siddiqsons Energy Ltd is located at Thar Block-II having an investment of $410 million. Both projects will utilise Thar Coal supplied by Sindh Engro Coal Mining Company (SECMC), which is executing coal mining operations for coal extraction in the Thar coalfield, Block-II.

Letters of Support have already been issued to both projects by PPIB which are currently at advanced stages of achieving financial closure. It is anticipated that Lucky Electric Coal Project will start generation by March 2021 while Siddiqsons Energy Coal Project by June 2021.

An official statement said that the latest addition of 990MW of affordable and reliable electricity will energise the national grid and was very crucial for developmental purposes and financial closure.

Also, a Pakistani coal and power firm has contracted Karachi-based solar EPC firm Reon Energy to build a 5MW PV project to help power its mining operations, in what will be a first for Pakistan. Sindh Engro Coal Mining Company (SECMC) wants the project to be installed at its Thar Coal Block II in Sindh Province and it will become the largest private C&I solar plant for captive consumption in the country to date, the company has claimed.

SECMC is working on Pakistan’s first open-pit coal mine in the Thar Block II Islamkot. A powerplant is being constructed by the Engro Powergen Thar Limited (EPTL) at the mouth of the mine and this is expected to start generating electricity at the end of the current year.

In a release, SECMC said it was eyeing up both energy cost savings and a reduction in carbon emissions from the solar plant. The firm has the option to extend the contract during or after project completion, wherein Reon will provide O&M services for a 15-year period and then hand over the operations to SECMC.

Syed Abul Fazl Rizvi, COO of SECMC, said: “The 5MW solar energy system will contribute benefits equivalent to planting of about 220,000 trees and will be the largest private solar PPA in the country. This is also the first-ever initiative by a mining company in Pakistan to install solar power plant for it mining operations.”

Meanwhile, the Sindh High Court (SHC), on 7th of March directed the provincial government to submit a comprehensive report on the contracts of Thar Engro Coal Power Project which were allegedly awarded to blue-eyed companies.

Hearing the petition filed by contractor Shaikh Abdul Qayyum, the SHC directed the Sindh advocate general to place a comprehensive report of the contracts before it by April 02.

The petitioner submitted that the Sindh government had issued advertisements in lesser-known newspapers just to benefit its preferred companies. He said that these activities were being carried out secretly to restrain him from taking part in the bid.

Read more: Environmental Degradation in Pakistan and its impact on Socio-economic development

Qayyum maintained that keeping the process secretive was a violation of the Sindh Public Procurement Regulatory Authority’s (SPPRA) rules. Naming the Sindh Coal Authority director general, chief secretary and others as respondents, the petitioner prayed to the court to direct the concerned authorities to ensure that contracts be awarded in a transparent manner.

Previous articleIndia, Pakistan agree to repatriate prisoners above 70 years of age
Next article‘Internal Security’ being provided by Pakistani troops in KSA: Khawaja Asif