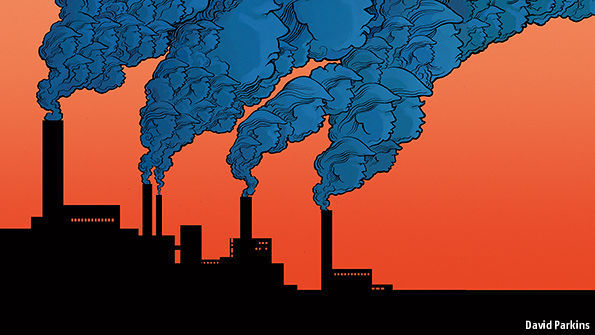 Dramatic climate change and colossal environmental disasters are threatening Pakistan’s food security parameters.  Minister for information Marriyum Aurangzeb, while addressing a seminar jointly organized by the Council of Pakistan Newspaper Editors (CPNA) and United Nations Development Programme (UNDP) stated that natural calamities and food security have emerged as a major challenge for the food security of the Pakistan.

Commenting further and elaborating on the due role of media on the issue, Marriyum Aurangzeb said that media should propagate and publicize the impact of climate change on the life of the people. She asserted that parliament is playing a due role on the climate change.

She also appreciated both organizations for working on the issue and producing a guideline for journalists regarding on climate.

CPNE is collaborating with UNDP as it launched a media sensitization campaign to highlight the drastic impacts of the climate change, hitting Pakistan. Since, Pakistan is facing glacier melting, soaring floods, and extended summer; it could have an acute effect on our daily life.

Read more: Thanks to climate change bread is less tasty

The international community on the World Food Day on 16-Oct expressed concern as the number of starving people on the planet has increased by 4.9% since 2015. The number of undernourished people in the world has surged from 815 million, up from 777m in 2015. The agency has placed Pakistan, Afghanistan, and India among conflict-affected zones, that have some of the most vulnerable people in the world.

The report released by the International Food Policy Research Institute (Ifpri) – a Washington based agency, has put Pakistan at the 106th among the 119 countries which face the severe hunger problems. Unfortunately, Pakistan secured a second highest score in all of Asia and is the hungriest of the countries in Asia only after Afghanistan. Moreover, the report further asserts that one-fifth of the Pakistan’s total population is undernourished.

Another report this week by the State Bank of Pakistan (SBP), reports that water sustainability in Pakistan will be a significant challenge. Water supply in Pakistan is limited and is expected to remain unpredictable. The long-standing dispute with India over the Indus Water Treaty and climate changes are adding up the uncertainties and future challenges for the country.

A Massive Chinese Investment in Agriculture at Risk

With projects of CPEC in operation and China taking more interest in the agricultural sector, water shortages could have severe implications on the envisioned production levels. Pakistan’s agricultural sector also suffers from not using water productively on the fields. Huge wastage occurs during irrigation.

What are the root-causes which should be addressed to avert them? How many Pakistanis have discussed the policy implications of the coal plants under the CPEC?

Pakistan also has a growing population which demands more water. Simultaneously, the quality of water in Pakistan has also been declining due increasing pollution and contamination.

Recent environmental disasters in disasters in the world, mainly, floods in the US, have reignited the debate among the thinkers and academia regarding the severe implications of climate change and capitalism as an economic system to deal with it.

Why does Federal government spend only 8% of the total Expenditure of Climate Budget?

Pakistan is currently ranked 7th among the ten countries affected most by the climate change. It mainly brings the severe risks to Northern Pakistan. Unfortunately, in the budgeting of climate change, Pakistan spends only 8% of its total expenditure according to the report released jointly by United Nations Development Programme (UNDP) and Ministry of Climate Change.

Read more: Dear all, Trump does not control the tides!

The KP government has also demonstrated the desire to combat the continuing environmental crises. But, unlike the federal government, who is yet to walk the talk, KP government has shown more zeal via a widely acclaimed a billion tree Tsunami to fight the global warming. It puts a serious question mark on the commitment expressed by Marriyum Aurangzeb and her exhortations to the media to do the same.

Imran Khan, Chairman PTI, has show a personal commitment to the goal of increasing trees and improving the environment. On October 16, he tweeted:

We can all contribute to a better environment: view from my house before & after plantation took effect pic.twitter.com/DcT0RFYkkM

Is Pakistan prepared to face the challenges of extreme weather conditions and droughts expected in our part of the world? What are the root-causes which should be addressed to avert them? How many Pakistanis have discussed the policy implications of the coal plants under the CPEC?

Unlike the federal government, who is yet to walk the talk, KP government has shown more zeal via a widely acclaimed a billion tree Tsunami to fight the global warming

Are factories in this country following the minimum carbon emission requirements? What about a large number of small companies which lack adequate ways to record and control their carbon emissions? These questions require coherent answers, and they must be put forward to information minister. Pakistan must act for its future generations before nature acts against its culprits.

Read more: America: Victim of the God of Environment

Climate scientists have predicted droughts in Pakistan and which requires considerable media coverage and practical steps to ensure the safety of future generations. Awareness is essential as it can create pressure groups which could convince the government to take adequate measures to equip Pakistan with remedies to avert such disasters. It should not be left as an unstoppable natural phenomenon about which we cannot do anything.

National honor and prestige : PM,COAS must not meet Alice Wells