Talks are underway between Pakistan and International Monetary Fund (IMF) in connection with preparations for new budget while Pakistan. 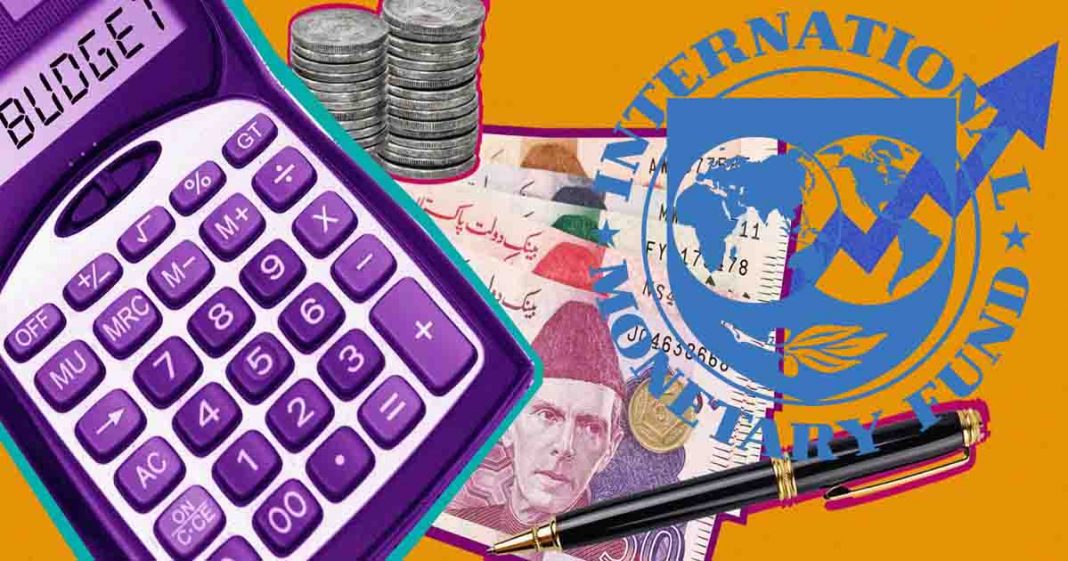 Talks are underway between Pakistan and International Monetary Fund (IMF) in connection with preparations for new budget while Pakistan has requested IMF to soften its stance with regard to new fiscal year targets in the wake of coronavirus outbreak and locust attack and other problems.

IMF has supported non levying of any new tax in the budget for the financial year 2020-21 besides advising the government to maintain the taxes which have already been imposed. Additional taxes be not clamped owing to economic slowdown.

Sources said during the ongoing talks between the IMF and ministry of finance authorities, both the sides are engaged in exchanging views to rationalize tax targets.

On the other hand ministry of finance authorities have said IMF program is safe till the month of September. There is possibility of difficulties to crop up in the economic review for 2020 because no improvement looks to come unless coronavirus is contained. The gas and electricity tariffs are likely to be scaled up following the containment of coronavirus epidemic.

IMF has stressed upon government to curtail unnecessary expenditures saying that government employees’ salaries be not raised.

Sources said the economic activities have been affected adversely in the aftermath of coronavirus, therefore, government is mulling over presenting tax free budget.

National Economy is feared to sustain loss to the tune of Rs 2600 billion in the aftermath of Coronavirus during the current fiscal year 2019-20.

The finance ministry authorities have said what loss has been suffered by national economy so far will make it difficult for government to prop up the economy in the next financial year, therefore, vital steps will have to be taken in the next budget to curtail the losses caused to national economy.

The exports have been affected adversely in the wake of coronavirus outbreak while federal board of revenue will have to face shortfall of Rs 900 billion.

According to sources it was disclosed during the meeting of economic experts under Abdul Hafiz Sheikh special assistant to Prime Minister (PM) that coronavirus has led to scale down the volume of national economy from 4.40 trillion to 4.15 trillion. GDP growth rate also remained minus 0.4 percent against set target of 3 percent during the current fiscal year.

Additional funds are being allocated in the next financial year budget to combat corona virus so that with increase in the health budget the upgradation of hospitals and provision of medical equipment is made sure.

Funds for extending financial assistance to the poor segments of society under Ahsas program is likely to be increased  in the next financial year.

A comprehensive planning is being evolved to improve standard of life of the daily wage earners and labor class. An elaborate plan will be presented in the next cabinet meeting on this count and it will be made part of budget documents after it is approved.

Previous articleNew US police abuses: US braces for outpouring of anger over the weekend
Next articleUS-Iran nuclear deal: Ball back in US court

22 September 2021
Previous articleNew US police abuses: US braces for outpouring of anger over the weekend
Next articleUS-Iran nuclear deal: Ball back in US court

End to subsidy on Hajj: Finally compliant with Islam?