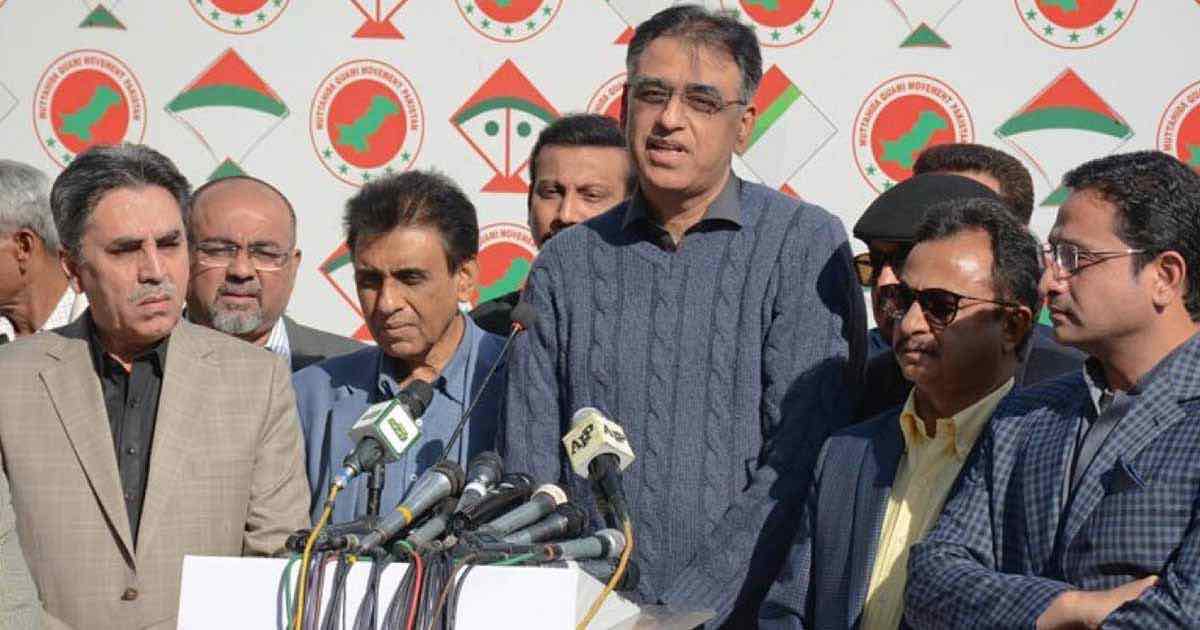 Pakistan Tehreek-e-Insaf’s (PTI) government is determined to address the reservations of its allies e.g. MQM-P and PML-Q. In this regard, Prime Minister Imran Khan is expected to meet with a delegation of MQM today in Islamabad and will share the list of work done by the federal government for the port city, according to a report published by The News. But the question is whether the premier will be able to bring Dr. Khalid Maqbool back to his cabinet or not?

In a bid to save its alliance with MQM-P, the PTI-led government will share its working on 44 development projects with an estimated cost of Rs119 billion for Karachi to its coalition partner.

Sources at the PM Secretariat said that there were delays in the execution as some of the projects taken up by the Centre as they were problematic in nature. The projects included the Greater Karachi Water Supply Scheme (K-IV) with total revised cost of Rs25.5 billion on a cost-sharing basis of 50:50 by the Centre and Sindh government. The planning commission identified major flaws in the designing of the project and asked the province to accomplish the project within a stipulated time frame and cost.

The federal government had earmarked Rs9.3 billion for this project a few years ago as part of the Public Sector Development Programme (PSDP) but the allocated amount could not be utilized.

Now there are fears that the project cost has increased as the Sindh government is planning to revise the cost to Rs75 billion. The decision was taken after the inclusion of newly developed areas of the city and installation office megawatt electricity plant to ensure smooth water supply.

Notably, PTI’s chairman and Prime Minister Imran Khan recently directed a government committee to meet the MQM-P leadership to resolve their grievances after the Karachi-based party received an offer from the Pakistan Peoples Party (PPP) to join Sindh Government. Sources inside the government believe that MQM-P is building up pressure on the government to get maximum benefits. It is worth noting that besides other important offices, the Law Ministry is held by Farogh Naseem, a prominent leader of MQM-P.

The MQM-P has six seats in the national assembly and one of its members is in Prime Minister Imran Khan’s cabinet. In the 2018 election, the PTI emerged as the largest party in the urban Sindh with 14 national assembly seats in Karachi. The MQM-P showed reservations over the election results but became the part of the government after PTI leader Jahangir Tareen paid a visit to the MQM-P headquarters in Karachi’s Bahadurabad.

Shah Mehmood Qureshi, who came to MQM-P’s Bahadurabad office along with Sindh governor, assured Siddiqui that their concerns would soon be addressed. “They cooperated with us in difficult times and supported us,” Qureshi told reporters.

It is worth mentioning here that “it is unfortunate that Prime Minister came to Karachi and announced Rs162 billion for Karachi but we didn’t even get Rs1billion from that Rs162billion,” senior MQM-P leader Amir Khan had told media on November 16.

NAB grabs CDA by the collar in a scam worth billions