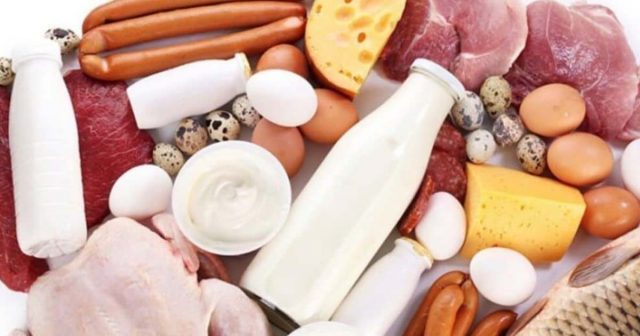 Last Sunday United Business Group (UBG) leader Daroo Khan Achakzai reiterated the Prime Minister’s wish to revamp Pakistan’s agricultural sector. Achakzai who was a candidate for President of the Federation of Pakistan Chambers of Commerce & Industry’s (FPCCI) stated that the livestock sector held much-untapped potential and its efficiency should be expanded to fulfill a growing demand for milk and meat.

While highlighting the prospective production expected from the livestock industry, Achakzai mentioned that so far the industry has progressed on its own and is in need of proper support from the authorities. He said that the government ought to focus on what is one of Pakistan’s oldest and largest economic sectors for increasing productivity.

The agricultural sector remains one of the sole reasons why Pakistan has survived despite being predominantly informal in nature. In terms of its production especially that of the livestock sub-sector, a lot more needs to be done in order to bring it up to the mark.

Pakistan’s textile industry accounts for another large fraction of its exports, so the added improvement for tanneries could be a proverbial cherry on top.

The majority of livestock farmers live in rural and undeveloped conditions of illiteracy and poverty, Achakzai further added. The needs of those dairy farmers seldom reach the government while the government itself has only scarcely stepped in to emancipate farmers who not only occupy a majority in the largely agrarian country but are the main source of income in the agrarian economy. Main attention is to be placed on the production of milk, meat, and hides to lower domestic prices and generate foreign revenue.

Pakistan is currently ranked as the world’s fifth largest producer of milk but in terms of milk produced per animal, the numbers are abysmally low which due to lack of modern techniques and outdated technologies. Achakzai also added that Pakistan can easily improve its numbers to become a top producer and exporter of milk and meat globally.

However various small steps are needed the surplus benefit being a boost in the leather sector. Pakistan’s textile industry accounts for another large fraction of its exports, so the added improvement for tanneries could be a proverbial cherry on top.

Dairy and livestock are one of the most basic sub-sectors in agriculture especially in a country that has not diversified its agriculture base with the times. Even with the odds against it, this subsector undergoes a steady growth of 3 to 4 % per annum minus government programs which are very rare and concentrated.

Not only is demand growing but currency inflation and price hikes have forced the government to play on its strengths in order to improve the economic situation of the country.

Pakistan’s agriculture quality is in-demand worldwide for which most of its prime goods are exported but with the widening gap between supply and demand steps are being taken to reinvigorate this vital part of the economy, said the UBG leader.

Earlier Chief Minister for Punjab – Pakistan’s major agriculturally relevant province – the price had reached out to Australian authorities for undertaking foreign investments like they have in the various Gulf States. IN a meeting held last week between the CM and the Australian High Commissioner mutual cooperation in healthcare, education, livestock, skills-development, water-management and tourism sectors were discussed.

The improved law and order situation in the country is seen as a positive sign as the government vows to be cooperative in providing the appropriate atmosphere for capacity-building and technical training in the agricultural sector. Not only is demand growing but currency inflation and price hikes have forced the government to play on its strengths in order to improve the economic situation of the country.

How to put the economy on the right path?