With Prime Minister Imran Khan's phenomenal speech at UNGA, questions rose 'Do speeches matter"? Let us look through history and find out about the speeches that nor just won the hearts but motivated people to their core. 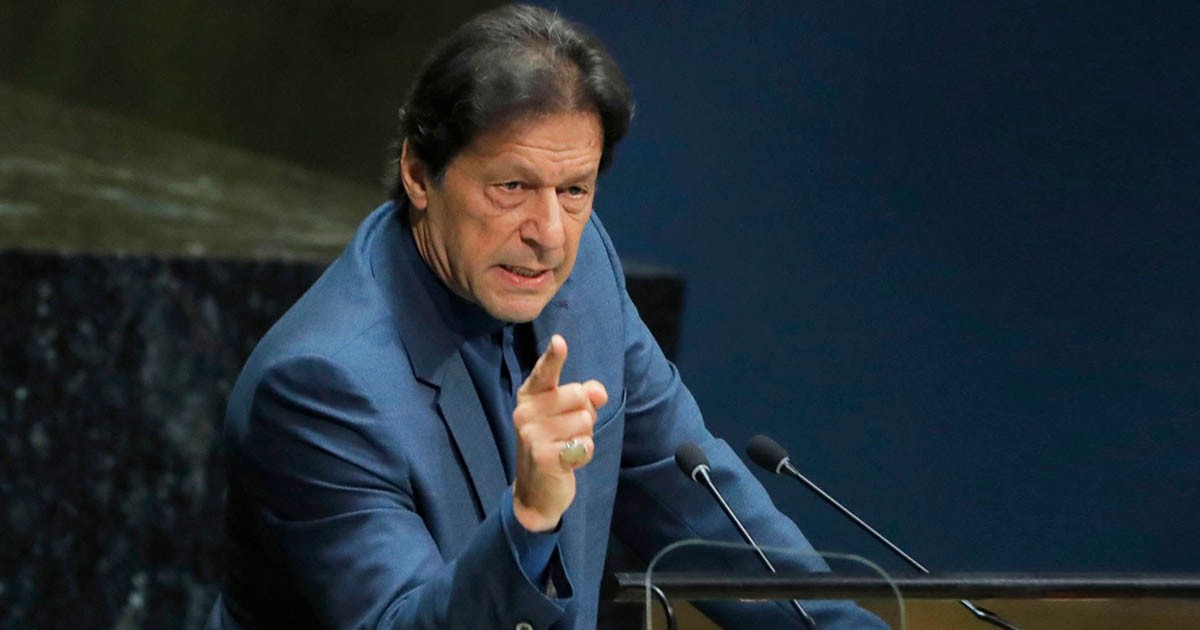 Following Premier Imran Khan’s impassioned speech at the 74TH UNGA session, a new debate has triggered among the masses whether speech matters or not. His speech though won laurels nationally and internationally, some people struck by the unfounded bias and personal grudge are striving hard to belittle the image and stature that he has erected about himself as well as of his country out of his spellbinding skills of oration.

His detractors are humbugging the populace by advancing the ill-conceived narrative that speeches make no difference and therefore are of no value. They back their viewpoint by quoting internal socio-economic factors that more or less depict a dismal picture. It is altogether a mistaken approach to analyze the speech delivered by PM Khan at an international forum. The speech was, in fact, made in the global context, not directly aimed at improving domestic socio-economic indicators. However, it was choreographed to pyramid the image of the country in the comity of nations.

Those who believe that speeches make no difference should not forget that our country Pakistan is the denouement of speeches made by our founding father M.A Jinnah during the freedom struggle for Pakistan. Jinnah preferred tongue over sword, negotiation over confrontation and dialogue over war.

Inter alia, history is replete with myriad speeches that brought about revolutionary changes in the world and hence changed the course of history.

One such speech was of our great Prophet Mohammad’s last sermon popularly known as “Khutbah e Hajjat-ul Wida”. This very speech provided the blueprint for the future charter of Human rights, drafted under the umbrella of the UN. The gist of such historic speech is reproduced hereunder:

“O People, it is true that you have certain rights with regard to your women, but they also have rights over you. Remember that you have taken them as your wives only under a trust from God and with His permission. If they abide by your right then to them belongs the right to be fed and clothed in kindness. Do treat your women well and be kind to them for they are your partners and committed helpers.”

“The Gettysburg Address” was another memorable speech made by the then President of US Abraham Lincoln in 1863. This very speech laid the foundation of American democratic ideals. The famous opening line, “Four score and seven years ago,” calls on the American people to remember the intentions of the founding fathers. In the speech, Lincoln never mentions slavery, the Confederacy, or even the Union. Instead, he emphasizes healing and a return to ideals of the Declaration of Independence. The speech defined the concept of the American government as “a government of the people, by the people, for the people.”

Another great speech that made history was of Martin Luther King (an American civil rights activist), famous in history as “I have a dream”.  In his speech, King challenged the American people to live up to their democratic ideals. He called for civil and economic rights and to put an end to racism in the United States. He, further, insisted on non-violent conflict resolution. His popular words in speech were as follows: “I have a dream that one day every valley shall be exalted, and every hill and mountain shall be made low, the rough places will be made plain, and the crooked places will be made straight, and the glory of the Lord shall be revealed and all flesh shall see it together.'”

Susan B. Anthony’s speech” women’s right to vote” is also worth mentioning here. She was fined for voting in the 1872 election, and so she began to vigorously campaign for women’s suffrage. This speech was given in her defense of women’s suffrage. Her work paved the way for the nineteenth amendment, giving women the right to vote in 1920.

“Fourteen Points Speech” delivered by President Woodrow Wilson in 1918 also finds prominence in the chronological accounts. Wilson’s speech set forth American goals in the Great War. Perhaps, most significant is Wilson’s proposal for an international governing body, which became the basis for the League of Nations. After World War II the League was replaced by the United Nations. The most frequented words of his speech are: “All the peoples of the world are in effect partners in this interest, and for our own part we see very clearly that unless justice be done to others it will not be done to us.”

Another remarkable display of oration was a speech called “We shall fight on the beaches” by Winston Churchill in 1940. The speech was designed to inspire the British people and impress Americans with the resolve of the British government in the face of German aggression. The speech was delivered after British troops had successfully evacuated from Dunkirk in one of the most astonishing reversals of fortune in the history of warfare. His momentous jugglery of words is vividly manifested in the following excerpt from his speech.

President John F. Kennedy is also famous in history for his singular speech named “Moon Speech’’ in 1962. This speech took the Americans to the Moon. It made the compelling case to the American people of the importance of space exploration and funding the Apollo project. The speech and its aftermath and reception ultimately led to the successful moon landing in 1969. JFK established that the United States should be the world leader in Space exploration, and marked the first significant step taken by a President to ensure its possibility.

Let me quote another equally important speech in history, known as “Tear down This Wall”. President Ronald Reagan delivered this speech at the Berlin wall in 1987. In this speech, Reagan challenged Soviet leader Mikhail Gorbachev to tear down the wall separating East and West Berlin. Reagan’s injunction was delivered over the objections of his advisors, who thought it went too far. The speech is considered to have been a major turning point in the Cold War.

Nelson Mandela, a great African leader and ideal statesman, is also widely lauded by orators for his incredible and historic speech “I am prepared to die”. This is the speech that defined Nelson Mandela. It was given in the course of a trial of the leaders of the African National Congress, who had been accused of subversion. The trial ended with the imprisonment of eight ANC leaders including Mandela. In the speech, Mandela tells his story and expresses his views on apartheid.

Read more: Will Pakistan ever see another leader like Jinnah?

He said: “During my lifetime I have dedicated myself to this struggle of the African people. I have fought against white domination, and I have fought against black domination. I have cherished the ideal of a democratic and free society in which all persons live together in harmony and with equal opportunities. It is an ideal which I hope to live for and to achieve. But if need be, it is an ideal for which I am prepared to die.”

In the light of preceding arguments, it can safely be concluded that speeches do matter in international politics and have an enduring influence on the enlightened people. PM Imran khan’s impassioned speech at 74th UNGA would be echoing in the hearts and minds of the glitterati as well as the hoi polloi in the days to come and we, the people of Pakistan, particularly, and the Muslim world generally, would keep reaping the benefits of this phenomenal speech.

Why did the US resort to use of force in Vietnam?

Pakistan’s caretaker Prime Minister: Who & How?