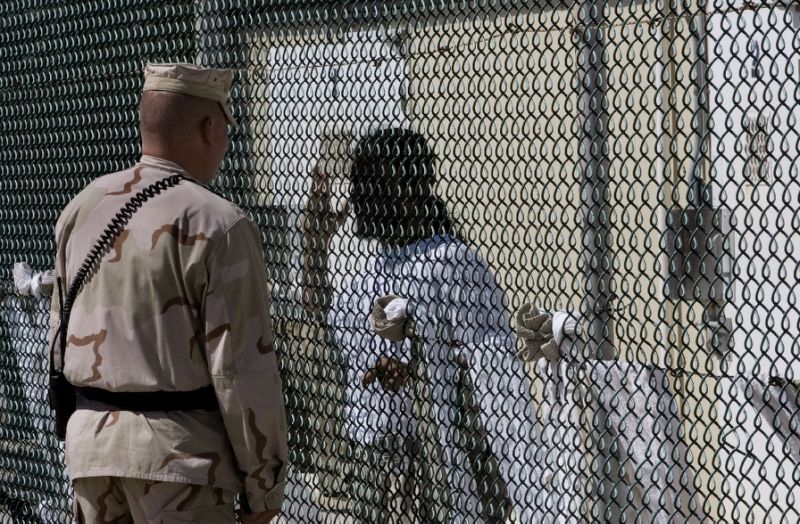 They arrived at [wiki base=”EN”]Guantanamo Bay[/wiki] as young men, captured on the battlefields of Afghanistan and elsewhere early in America’s war on terror, following the [wiki base=”EN”]September 11, 2001 attacks[/wiki]. More than 15 years later, most of the inmates at the notorious [wiki base=”EN” thumbnail=”on”]US military[/wiki] prison have reached middle age.

This week, the White House seemed to acknowledge the obvious: with no plan or political will to do anything with [wiki base=”EN” thumbnail=”on”]Guantanamo[/wiki]’s 40 remaining inmates, some of them could be stuck there for the rest of their lives.

“The current facility for high-value detainees is experiencing structural and system failures that, if unaddressed, could in the future pose life and safety risks to our guard forces and the detainees being held there,” the [wiki base=”EN” thumbnail=”on”]White House[/wiki] said in a policy statement to lawmakers, demanding extra funds for prison reconstruction.

“It also does not meet the requirements of the aging detainee population.” The Pentagon does not release any information about Guantanamo inmates, but leaked files published by WikiLeaks and the New York Times offer some insight. On average, Guantanamo Bay’s inmates are now about 46.5 years old.

The eldest, Pakistani national Saifullah Paracha, will turn 71 in August. The youngest is Saudi citizen Hassan Mohammed Ali Bin Attash, who was born in 1985, making him 32 or 33 now — and just 16 or 17 when he was captured in 2002. The documents do not always provide a precise date of birth. Neither the Pentagon nor Guantanamo Bay immediately responded to requests for comment for this story.

James Connell, the attorney for Ramzi Binalshibh, who is charged as one of Mohammed’s co-conspirators, said he’d noticed some accommodations for aging prisoners. “Some of attorney-client visiting spaces now have wheelchair ramps,” he told AFP, adding that he’d also spotted handles to help inmates get up from the toilet.

The White House seemed to acknowledge the obvious: with no plan or political will to do anything with Guantanamo’s 40 remaining inmates, some of them could be stuck there for the rest of their lives.

But, he stressed, there is “a lot of need for treatment that has not been given.” The International Committee of the Red Cross (ICRC) visits Guantanamo about four times a year to make sure the prison is complying with detention standards and to assess detainees’ treatment.

“It is important to ensure that their health requirements can be adequately met, and we are actively engaged in dialogue with the US authorities on this matter,” Marc Kilstein, an ICRC spokesman in Washington, told AFP.

Read more: Guantanamo Bay has ‘so much fun’ for deployed US Military

Though the White House statement provided no details on what it envisions the changing needs of the Guantanamo population to be, older prisoners often suffer from chronic, age-related diseases that can be exacerbated by being locked up. These can include heart failure, diabetes, cognitive problems and liver disease.

It already costs US taxpayers more than $450 million a year to keep the prisoners at Guantanamo Bay. That figure will only rise as they age, Amnesty International security expert Daphne Eviatar told AFP, as the US is “required under international law to give them medical treatment.”

“The US government by keeping them at Guantanamo Bay is essentially committing to taking care of them for the rest of their lives.” Some inmates already suffered poor health when they arrived at Guantanamo, whether through torture, conflict or poor living conditions, she noted.

Exacerbating the situation, Congress won’t permit sick inmates to travel to the United States for treatment. The Pentagon had to send a mobile MRI scanner to Guantanamo last year which cost $370,000 to rent, according to the Miami Herald. Initially, it didn’t even work — though it was later fixed.

As memories of the 9/11 attacks fade somewhat, many Americans are unaware the US still keeps prisoners locked up at Guantanamo. Five have been charged in the conspiracy to pull off the attacks and are being prosecuted through a special military commissions process that has been beset with legal challenges and seemingly interminable delays.

Read more: Where Even Nightmares Are Classified: Psychiatric Care at Guantánamo

Among the rest of the population, two more have been charged with other crimes, two have been convicted and five were cleared for release under president Barack Obama but are now stuck under President Donald Trump, who has said he wants to send Islamic State captives to Guantanamo.

But the largest contingent — 26 inmates — have never been charged with anything, yet were deemed too dangerous to be released. Nine detainees have already died at Guantanamo since it opened in early 2002, mainly through what the military said were suicides. The way things are going, they are unlikely to be the last.

Conciliatory gestures raise hope for a US China trade deal

Of Men & Women: He does not love you if he does not respect you…!