Gul Sama case: No Jirga convened nor was the victim stoned to death

A fact-finding mission of the HRCP concluded that Gul Sama from Sindh's Dadu district was not stoned to death. In fact, she was playing at the foot of the mountain, when rocks fell upon, resulting in her death. Sources reveal that the false news was promoted by political bigwigs and tribal chiefs to secure their political and financial interests. The case is still progressing. 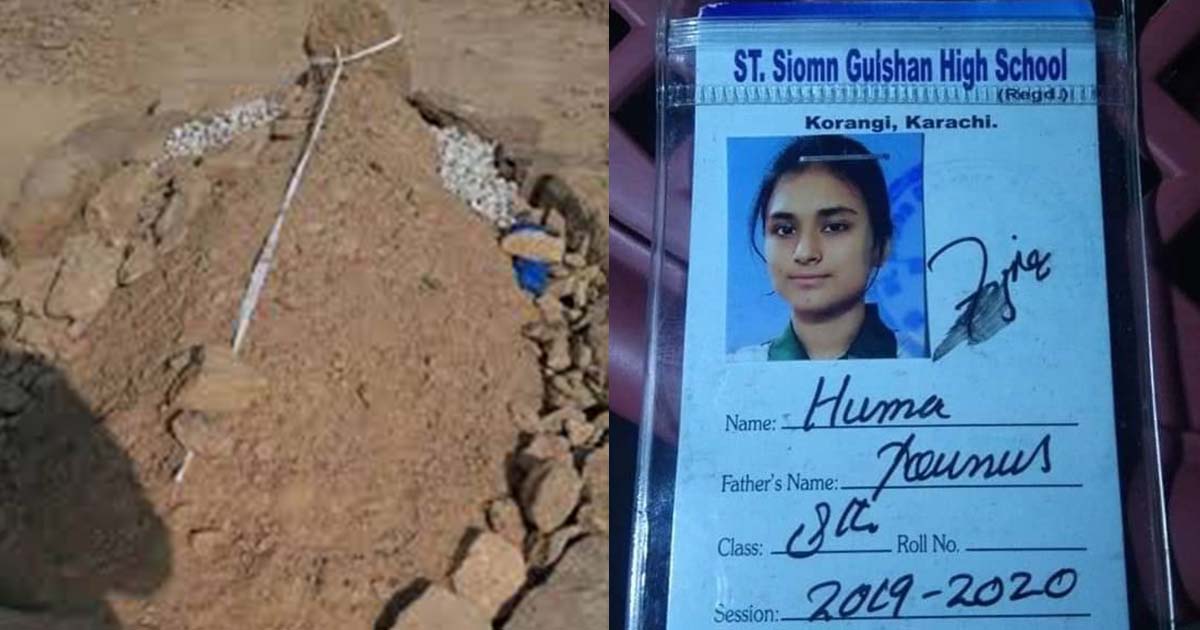 A fact-finding mission of the Human Rights Commission of Pakistan has concluded that the death of nine-year-old Gul Sama Rind from Sindh’s Dadu district did not die of stoning.

The mission visited the Shahi Makan area and obtained information from locals to substantiate the claims of stoning over Karo-Kari allegations as part of a drama, which has led to heated political tensions and inter-tribal quarrels amongst the influential people of the area.

The fact-finding mission, on Sunday, visited the areas of Shahi Makan, Johi, Wahi Pandhi, and other Dadu towns to collect evidence and uncover the reasons behind the actual cause of death.

The HRCP mission reported that disputes amongst tribal chiefs and political personalities over the royalty of mineral deposits within the Khirthar mountain range, particularly at Karo Koat, and other incentives offered by oil and gas firms were the underlying reason that led to Gul Sama’s accidental death being portrayed as a case of honor killing and claims of her being stoned to death.

Read more: Wahi Pandhi Case: Girl’s Body shows No Signs of Being Stoned or Falling off a Mountain

Sources reveal that the team had rejected that Gul Sama had died from stoning, and concluded that the girl had not been declared Kari and no jirga was convened for this purpose. A local journalist from Wahi Pandhi, working for a Karachi-based TV channel, had misreported the cause of death.

Grave of 10 year old Gul Sama stoned to death for "honor" in Wahi Pandhi, Dadu, after she was declared 'Kari' by the members of a Jirga.
14 year old Huma Masih abducted and forcibly converted in Karachi.
Prosperous, peaceful and tolerant #Sindh has been thrown into dark ages. pic.twitter.com/dyfKoclS9U

The mission met Gul Sama’s mother, Lilan Khatoon Rind, and other residents of the area and sources reveal that the mother herself rejected all claims of her daughter being stoned to death and a jirga being held to accuse her of Kari.

The mission visited the Wahi Pandhi police station, and also held meetings with Gul Sama’s father, Ali Bux Rind and Maulvi Mumtaz Leghari, who had led the funeral prayers of the deceased girl. Their statements were also recorded.

Then, the team collected information during these visits to the towns of Dadu, Johi, and Wahi Pandhi, and interview various people about the incidents.

Rocks fell upon her

Reports reveal that the residents of Shahi Makan revealed that Gul Sama was playing with her friends at the foot of the Karo Koat Mountain, when some rocks fell on her, leading to her death. The mission stated that the chemical examination of the girl’s body parts will unearth the final cause of her death, however, the evidence and statements of the locals have revealed that the girl died after her head collided with heavy objects.

The HRCP mission argued that facts and evidence established that the girl’s funeral procession was held, and for three days, her family grieved and received condolences from the community. On the third day, the bereaved family distributed food amongst the locals, which proved that had she been accused or Kari or stoned to death, her last rites would not have been performed.

Sources reveal that it is likely that tribal chiefs and political personalities of the area were involved in sensationalizing a fake story of Gul Sama being stoned to death for their own vested political and financial interests, mainly for securing incentives and royalties for minerals.

The HRCP mission visited the Wahi Pandhi police station and interacted with the SHO, and later visited the offices of DSP Johi and Dadu SSP, who admitted that growing social media pressure had compelled them to register an FIR under a case of stoned to death.

This issue of honor killing has always been used to malign Pakistan, this has to end now, @PTI_VF launches #HonorKillingIsHaraam common and join us to rattle the gov to take serious action against honor killings, like the one that took the life of 11 year old Gul Sama. pic.twitter.com/iZuqQu1OAv

ASI Ghulam Qadir Gopang, who had lodged the FIR, was reportedly absent on leave, hence, the HRCP team could not meet him. The Karachi-based journalist who had broadcasted the false news refused to meet with the HRCP mission.

The official report of the HRCP mission has been submitted to the body’s office in Lahore, and will be made public in a short matter of time.

Water is the New Gold: An Emerging Source of Global Conflicts