Gulbuddin Hekmatyar: “The Butcher of Kabul” 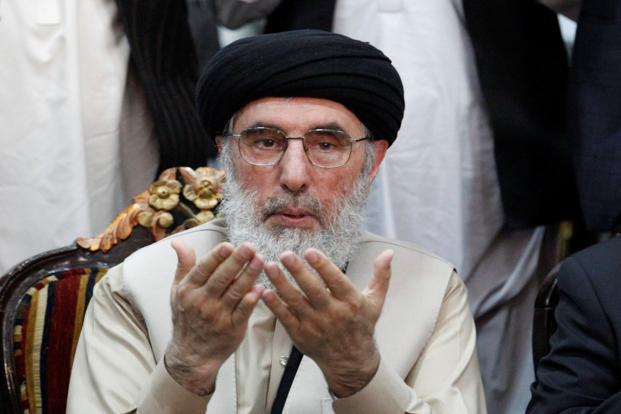 The Afghan government has reached a peace deal with one its oldest enemies, Gulbuddin Hekmatyar and his Hezb-e-Islami group. Who is Hekmatyar? What Afghans think that this peace deal will bring as a person is being allowed to make a political comeback despite allegations of war crimes during the 1990s? What Gulbuddin Hekmatyar has achieved till now and how this deal will endure long lasting peace in Afghanistan? These are some important questions which would surely come to mind of every individual of the world who has eye on Afghanistan’s current security situation and regional peace attached with Afghanistan’s security and development as a progressing state.

But Hekmatyar’s name is one that brings memories to many Afghans, Era of blood and terror. Dead bodies on the streets. Body parts everywhere. Destruction of all the buildings and the sound of rockets and the sound of bombs that he dropped on Kabul almost every day from 1992 to 1996. In short, days of complete brutality, chaos and terror are linked with Gulbuddin Hekmatyar’s name.

Before the Taliban came to dominate Afghanistan’s political setup, there was a prolonged civil war. Those groups who had fought against the Soviets could not agree how to share power, and that led to violent conflict almost immediately after the collapse of the Communist regime in 1992.

Those were the days where after ceasefires only thing could be seen were devastation and carnage. In the 1980s, during the war against the Soviet occupation of Afghanistan, Hekmatyar was the biggest recipient of aid from the CIA. “He was definitely very good at portraying himself as an important commander and fighter,” says Dan De Luce, chief security correspondent for Foreign Policy magazine. Pakistan and Saudi Arabia were other big allies in this war. Hekmatyar became associated with a Saudi man seeking to set up a group of foreign volunteers looking to join the jihad against the mighty Soviets — a man names Osama bin Laden.

Despite receiving massive international aid, historians and his critics agree that Hekmatyar was not an effectual guerrilla commander. He never score a single significant victory over the Soviet army, unlike his archrival, Ahmed Shah Massood. Hekmatyar spent more time attacking his nominal allies, to weaken them, while conserving his own forces as much as possible for the postwar power vacuum. He was an early ally of the Taliban after they emerged in the mid-1990s. The relationship never thrived on early stages. But after the US invasion, in 2001, he joined the Taliban’s fight against the US presence.

“For the US military he is a villain. He is an enemy who is responsible, and his militants are responsible for a whole slew of attacks that wounded and killed many US and NATO soldiers over the past decade and a half.” Under Thursday’s deal, Hekmatyar gets a full pardon for all his alleged crimes. All of his supporters who have been captured over the years are being released from detention. He is also being granted a large safe area in the east of the country, and provided with cash believed to be worth millions of dollars. The US Embassy in Kabul has cautiously welcomed the deal. However, Hekmatyar remains on the US list of most wanted terrorists, and his group remains on the US and UN lists of terrorist organizations. The US government has said it will approach the UN to see is this can be reviewed. Question was raised during weekly US state departments press briefing – on peace deal between President Ghani and Gulbuddin Hekmatyar. While President Ghani was quoted by a journalist that United States and United Nations should lift international sanctions on Hekmatyar. So will U.S. pull out his name from the global terrorist list?

MS TRUDEAU, spokespersons state dep. comment was: Well, as you know, we never get ahead of sanctions decisions. I won’t do that now. I think we spoke about that agreement when it was first announced out of Kabul and we welcome that. But in terms of individual actions on sanctions, I will not get ahead of that.

Government officials praised Thursday’s agreement in the capital Kabul as a step towards peace, while critics said it opened the door to one of the most infamous figures in Afghanistan’s civil war to play a role in the country’s already divisive politics. “I hope that this is the beginning of a permanent peace in our country,” said Sayed Ahmad Gilani, head of the government’s High Peace Council and one of the signatories of the agreement, according to Reuters news agency.

Chinese government Spokesperson Geng Shuang commented that China welcomes the peace deal between the Afghan government and Hezb-i-Islami (led by Gulbuddin Hekmatyar). China supports Afghanistan’s National Unity Government in advancing the “Afghan-led and Afghan-owned” reconciliation process, which represents the only practical way for Afghanistan to achieve peace and stability. China hopes that all factions in Afghanistan including the Taliban can take part in this process. We would like to work with all parties to play a constructive role towards that end.

Now here we must understand as what are the possible options for Afghan government led by Ashraf Ghani. This agreement grants Hekmatyar amnesty for his offences and the release of certain Hezb-i-Islami prisoners. Why the government of Afghanistan is trying to do this. Government has many enemies, they can’t fight on all fronts and perhaps they’re hoping this will encourage the Taliban to make peace as the Taliban continues to make gains on the battlefield.

In exchange for the deal, the Pashtun warlord has promised to keep the peace and refrain from terrorism. But it is a gambit for President Ashraf Ghani as there are not too many easy choices. The accord is unlikely to have any immediate impact on security as the Taliban are still at war. There are no clear enforcement provisions or any clear sanctions if Hekmatyar should break the deal.

Can Prime Minister Imran Khan give NRO to PDM?