Gulf of Oman attacks: how merchant ships can keep safe in dangerous water

Attacks on two oil tankers in the Gulf of Oman have once again highlighted the vulnerability of merchant ships crossing high-risk areas. 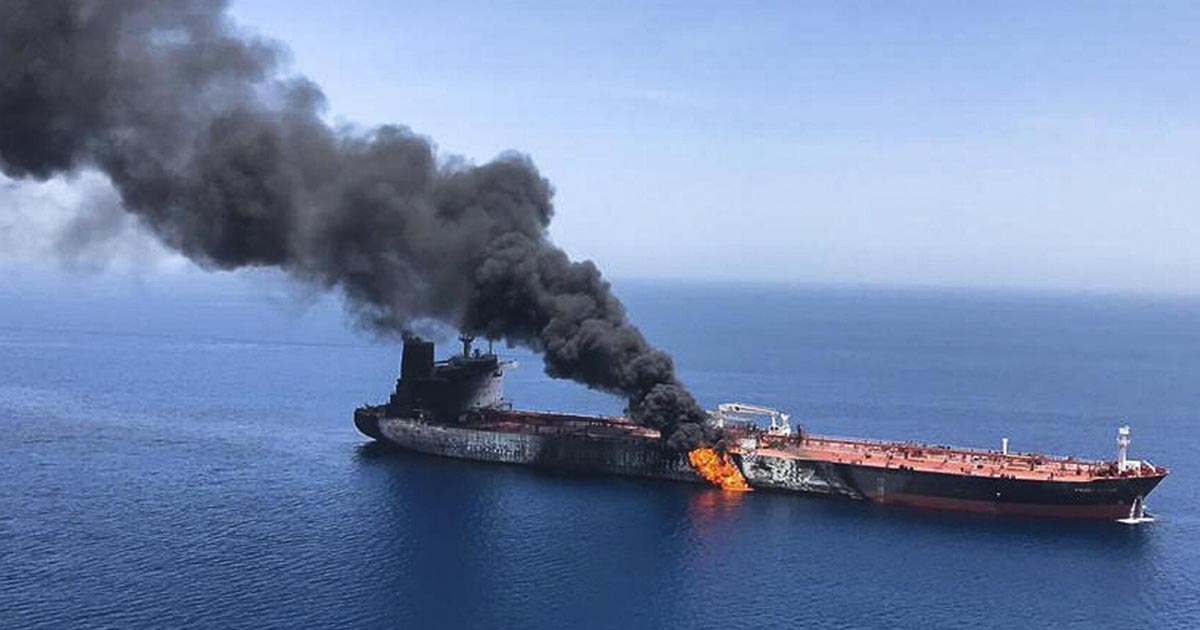 The latest attacks on two oil tankers in the Gulf of Oman have once again highlighted the vulnerability of merchant ships crossing high-risk areas. Both the Front Altair and the Kokuka Courageous sustained significant damage to their hulls in attacks on June 13 that led the evacuation of the crew. This latest attack mirrors an incident from May, where four vessels, including two Saudi oil tankers also sustained “significant damage”, according to the country’s energy minister, in a seemingly targeted attack.

Lloyds Joint War Risk Committee, which details areas of heightened insecurity for marine insurers, has recognised the “perceived heightened risk across the region” to shipping. It has included the Gulf of Oman in a list of areas of enhanced risk, essentially designating the waterway a warzone. The incident has also further stoked international tension amid US claims of Iranian involvement.

Seafarers are at the frontline of these seemingly targeted attacks along with a critical node for the movement of global energy supplies.

On June 17, the US government said it was sending approximately 1,000 additional troops to the Middle East for “defensive purposes”. But how can those who work at sea reduce their vulnerabilities while crossing these dangerous waters? While the specific nature of the incidents remains unclear, lessons from other regions, such as those waters at risk from Somali piracy, may help reduce the vulnerabilities and risk to shipping in the Gulf of Oman.

Merchant vessels must make their location and status known by liaising with the relevant authorities ashore. They must also act on the latest threat alerts and report security incidents, including suspicious behaviour and approaches to the UK Maritime Trade Operations or the Combined Maritime Forces operating in the region.

International naval forces, such as the Royal Navy, may also ultimately consider escorting merchant shipping in a convoy system and deploying minesweepers to clear shipping lanes, partly mirroring counter-piracy efforts such as the Internationally Recommended Transit Corridor in the Gulf of Aden. This is, however, politically sensitive and may provide additional risk of escalation.

The latest attacks on two oil tankers in the Gulf of Oman have once again highlighted the vulnerability of merchant ships crossing high risk areas.

Other measures, such as improving the watertight integrity of the hull by closing selected doors and hatches, can help reduce damage. Ensuring that crew sleeping areas are located above the waterline can also help reduce the potential for loss of life from any attack. The shipping industry has proven adaptable and resilient in the face of other maritime security threats.

A best practice document, developed to help harden ships against the threat of Somali based piracy, has now evolved to consider other maritime threats. It contains guidance to help mitigate against specific threats emanating from regional instability, such as anti-ship missiles, sea mines and water-borne improvised explosive devices, which are essentially small motor boats laden with bombs.

Read more: Is the U.S military in the Gulf really “weakest” in history?

The suicide attack against the USS Cole in 2000 as it was refuelling in the port of Aden was an example of such an improvised attack. Key measures outlined in the document include increased vigilance to avoid floating objects, maintaining a VHF radio watch. It also recommends a safe muster point is designated above the waterline, instead of a citadel – a fortified safe place within the ship where crew can control communications, propulsion and steering.

While citadels provided an effective means of interrupting a successful hijacking by pirates, merchant shipping in the Gulf of Oman is facing more sinister and elusive threats. A muster point above the waterline is better as it avoids the potential for crew being injured or killed by an explosion.

NATO offers guidance on how merchant vessels can improve safety and security in times of tension, crisis, or conflict in co-operation with naval forces. Its guidance includes a specific section on the threat from sea mines. This focuses on the different categories of sea mine alongside self-protective measures ships can take. These include avoiding waters with less than 200m depth to make it more difficult for divers to attach limpet mines, or maintaining the lowest steering speed in shallower waters to lessen the chance of detonation.

Merchant vessels must make their location and status known by liaising with the relevant authorities ashore.

However, ships are much more vulnerable in port areas to the threat of mines. Some shipping association representatives have suggested ships could randomly operate their propellers, bow thrusters and echo sounders when in port to create a disturbance that might help prevent the placement of limpet mines.

Read more: The Gulf crisis: A battle of megalomaniacs

The maritime security environment is uniquely sensitive to shocks in the international system that can arise from political tensions and spillover from conflict ashore. This directly impacts upon the shipping industry, but also indirectly affects energy security and the global supply chain. This latest attack, for example, initially caused the price of crude oil to jump by over 2%.

Ultimately, seafarers are at the frontline of these seemingly targeted attacks along with a critical node for the movement of global energy supplies. While no major loss of life, disruption of trade or environmental disaster has occurred yet, if attacks continue in a comparable manner, it’s likely to be only a matter of time.

Will the fall of Mosul make Iraq safer?

Iraq women with alleged links to IS sexually abused: Amnesty