GVS exclusive interview with Imran Khan; his vision and his priorities 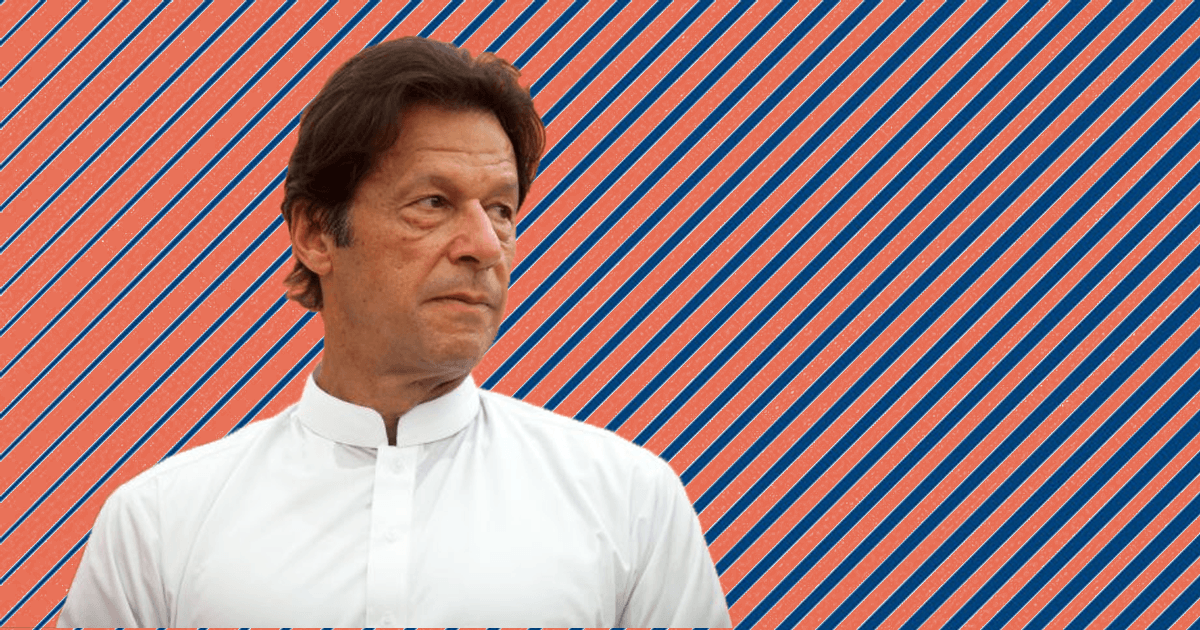 GVS had the good fortune of getting an opportunity to interview Imran Khan, Chairman Pakistan Tehreek-i-Insaf (PTI).

Election season has for all intents and purposes kicked off and we decided that it would be pertinent to ask the PTI chief about the specifics of his vision for Pakistan, identifying the greatest issues faced by Pakistanis, and how the nation should confront these challenges.

Q: You accepted electable candidates from PPP and other parties. This move does not conform with the ideology of your party because of which the younger generation, who were inspired by your slogans during the Dharna, have been left feeling betrayed. Do you have something to say to them?

Secondly, when you have to give one thousand tickets, if there are four or five people who are coming from other political parties and who are controversial in any way it does not affect your vision in any way. Twenty, thirty people do not affect you getting to your objective.

“I challenge anyone who accuses me because there is no big corruption in KP. If anything, there may be a little corruption at very lower levels”

Even if you have angels in Nawaz Sharif’s PML-N and Asif Zardari’s PPP it won’t make any difference because what matters is who is on top.

Is the one on top clean? Does he make strong institutions which do not distinguish between those in power and those outside power?

The reason why the western countries in Scandinavia and Britain have clean governments is not because the people are all honest, it’s because the institutions are so strong that the people are petrified of doing anything wrong because they know they will be caught.

And my last point, when in KP we formed our Ehtisab cell the first person they caught, for the first time in the history of Pakistan, was a PTI minister and the second one was a father of a PTI minister which is why I challenge anyone who accuses me because there is no big corruption in KP. If anything, there may be a little corruption at very lower levels.

Q: You previously held the opinion that we should negotiate with the Taliban in FATA. Now that your party has ruled KPK for one term, has your opinion about the political settlement in FATA evolved in any way?

IK: Well, firstly, it is very important to understand what Taliban was. If you do not understand, as they say, the enemy – know your enemy, it’s a Chinese proverb – ninety-five percent of the people fighting in FATA, the militants, were not ideological Taliban.

The ideological Taliban were only about five percent.

For 95 percent of the people supporting Taliban were doing it because of the collateral damage caused by the bombing of our own forces and American drone attacks. The collateral damage created militants. Also, a mixture of Pashtun nationalism and Jihadism contributed to the insurgency because the Americans were projected as the common enemy.

Talking to them is the best solution, and then we must isolate the ones who were hardened ideologues, who are irreconcilable.

The real ideological Taliban who you talk about – the religious extremists – were only about 5 percent.

So if my thesis is correct, and by the way, the current Afghan ambassador once told me that even in Afghanistan ninety percent of Taliban were not ideological, in other words, they were people who reacted to American occupation, so if my thesis is correct then it clearly makes sense to talk to those people who are only fighting because of the collateral damage and in reaction to American occupation.

Talking to them is the best solution, and then we must isolate the ones who were hardened ideologues, who are irreconcilable.

Q) There has been talk of election reform, are you going to pursue this issue at the Supreme Court as a fundamental rights issue?

We still do not have full confidence in the election commissioners who were selected by the two political parties. We want the process to be reconstituted and if that means going to the Supreme Court, we will go.

Q) You have emerged as the second most powerful politician in the world. What role do you think Pakistan should play between USA and China?

China, at the moment, is the biggest player. CPEC is a great opportunity.

Narendra Modi is a Hindu extremist. He has not risen above and become a statesman. He still has a communal mindset and therefore it is very difficult right now to patch up relations with India.

I’m not saying it’s going to solve all our problems but if we fix our governance system, it’s a great opportunity for Pakistan to improve its growth rate and alleviate poverty.

So the relationship with China is obviously extremely important. But we must also have good relations with all our neighbors – Iran, Afghanistan, and India.

The problem with India right now is that it’s in the grip of an extremist Hindu fundamentalist.

Narendra Modi is a Hindu extremist. He has not risen above and become a statesman. He still has a communal mindset and therefore it is very difficult right now to patch up relations with India.

Q) Census 2017 results are supposed to be announced very soon. The results of the census may change the weightage of constituencies in many areas and thus very important. It is being said that PML-N may try to interfere with the results. Is there any scrutiny being exercised by your party on this front?

IK: As far as I have heard, the army has conducted the census and it has done a great job. The census is a very positive thing because it will tell us how the population is distributed.

Q) Since 2013 PTI has mainly focused on election rigging and Panama leaks whereas the nation confronts major socioeconomic and tolerance related challenges. Do you have a strategy, and if so, could you share the main contours of your strategy to improve the quality of life of the common man.

IK: Now this is very important to understand.

There are X number of problems facing Pakistan. The PTI leadership has to prioritize them.

So what are the most important problems?

Firstly, free and fair elections is the biggest issue to confront if you want democracy in Pakistan because every dictator held elections but they weren’t free and fair.

If the vote has no significance, people are disempowered. So that is what we thought was the number one issue

If the vote has no significance, people are disempowered. So that is what we thought was the number one issue

The second big issue is corruption. We are unviable because of corruption. We don’t have enough revenues. We are sinking in debt because we cannot collect money which is because the rich keep siphoning off money out of Pakistan through money laundering.

In my opinion, these were the two biggest issues but then there are a number of other issues confronting Pakistan.

If we want to start fixing Pakistan, The first point of my policy in a nutshell to make a Naya Pakistan is to bring reforms which will reduce poverty.

So how do you get people out of poverty? China is one of the greatest examples in the history of mankind where five hundred million people have been lifted out of poverty in the last thirty years. We can learn a lot from them. This also makes economic sense because once we lift people out of poverty, they will have buying power and that leads to demand and invest and that is what happened in China.

Next comes the fixing of our institutions. It’s extremely important that we fix state institutions which have been destroyed by corruption and corrupt leaders and that includes your major institutions like the police, and the judiciary, we must further strengthen our judiciary, SECP, NAB, and most importantly the FBR – to collect taxes – if we fix the governance system by fixing the state institutions that is when Pakistan will move closer to achieving its potential.