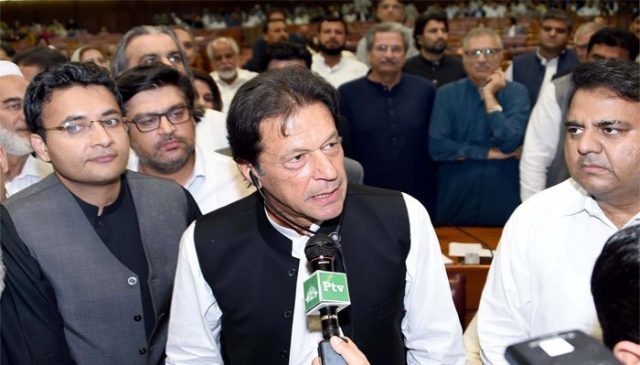 Many have questioned why I haven’t taken the army to task as I oft do with the other civilian public-sector institutions in Pakistan. Two reasons.

The Pakistan Army, thank God, has not succumbed to the rot of say the Punjab Police. Yet. And this yet is why I have penned the perspective which follows. And secondly, it’s done a pretty good job this last decade and a half. In fact, saved the country! Literally! But the ISPR announcement of troops to Saudi Arabia and Asma Jahangir’s death have promoted several questions for me.

Why are we sending these troops and what are their terms of reference? Was this discussed and debated in the National Assembly? Did the cabinet discuss and approve it? What are the regional geopolitical implications of such a deal?

And most puzzling why did the ISPR make the announcement? Why didn’t the Minister of Defense or the Minister of Foreign affairs announce it in Parliament or through a press conference? The issue here is not whether we should or should not send troops, which is a subject for another article, but of the process, of the power of the army and the whole lot of questions listed above and many more.

While my views on the PML-N government are fairly well known, even I was taken aback at this seemingly brazen hijacking of due process by the Army via ISPR. This wasn’t a Zarb e Azb, where time was of the essence and the civilian government was dithering and playing footsie with the TTP. So why did ISPR announce this major defense and foreign policy initiative?

While wrestling with this I was reminded of the overwhelming emotion for Asma Jahangir on her sudden demise.

While she was a controversial figure and to many even unpatriotic, but what stood out most about her, was her unrelenting, uncompromising and highly bitter vitriolic against the army, especially it’s high command and senior officers.

She was willing to join anybody and everybody who was against the army, despite many having highly dubious credentials such as Husain Haqqani, Asif Zardari and Nawaz Sharif, to name a few. Their acts and corruption notwithstanding, she still allied with them. It was then that I realized that part of the outpouring of emotion on her death by many also represented people’s feelings towards the Army.

Why? I asked. Why should people hold such emotions for an institution, which has paid in blood and sacrificed so much to save us from anarchy and near ruin? Why is it that people fail to see how it’s young and old toil day and night for Pakistan? War on Terror. Earthquakes. Floods. Census. Elections. You name it and the Army’s there.

Why is it that despite supporting democracy, the institution is still plagued by its history of military dictators and military rule and Asma who symbolized the “anti-army narrative” received such a heroine’s funeral? While this may not be the only reason but several things stand out.

Those senior officers who loot, steal and plunder are no different than the crooks and robbers who infest and plague our bureaucracy, our politics and other public-sector institutions.

First and foremost, in my opinion, is the Army’s inability to hold its senior corrupt officers accountable. While one hears the oft repeated refrain that “the Army has a very rigorous process of accountability”, I have not seen a single three star or two star or even a one star being stripped of their rank and titles and sent to jail.

Yes, we have had some minor raps on the knuckles and one Maj. General taken to task, but nothing about those who’ve looted and plundered tens if not hundreds of millions or a billion or two, in military procurement deals, in shady housing schemes and the many other ways that they do.

Ask any officer of reasonable mid to senior rank and above, serving or retired, to name at least a score or more of two and three star generals who in the last decades have looted and plundered while in service and taken the bank to the cleaners. And they will!

Yet no army chief including the current Chief, General Bajwa has taken any action against these officers. The sad icing on the cake is that several of them were “honored” with lucrative post retirement jobs. This is a huge stain on the Army’s character and honour.

Those senior officers who loot, steal and plunder are no different than the crooks and robbers who infest and plague our bureaucracy, our politics and other public-sector institutions. So, why aren’t they brought to book, I asked a senior retired officer? It’ll impact the Army’s morale, Sir, he said. I was aghast! Morale affected by not punishing corrupt officers? The logic was mind numbing!

If anything, as one would imagine, morale would be adversely affected when the rank and file see these corrupt looters getting away with murder. Imagine serving under a Division Commander or a Corps Commander or any other senior appointments, knowing that the boss has his hands in the till and yet continues to go unpunished.

Morality, ethics, integrity are the hallmarks on which we were trained to become officers right from our military academy days. Moral integrity and courage, were and hopefully still are, values that mean something in this institution. But not to see a single senior corrupt looter sent to jail is a testimony to this institution’s failure to hold its senior leaders accountable.

Read more: Pakistan Army: The hope that got shattered

The second factor, I think, is the manner in which the Army brazenly exercises its’ power and influence. By doing do it further alienates itself and opens itself to severe criticism.

The Saudi troops announcement by ISPR being one. In this case, General Bajwa should have sat in a press conference chaired by the Minister of Defense. The Defense Minister should have announced the dispatch of troops to Saudi Arabia, explaining the rationale; any questions on their tactical role answered by the Chief. This I say despite my genetic aversion to anything associated with Nawaz Sharif!

Others are examples of how state land has been continuously misappropriated on one pretext or the other for uses other than what it was given to the Army for. For instance, land for military units converted to residential colonies!

The power, privileges and perks acquired by senior officers. General’s should not be travelling in BMW’s but in Toyota Jeeps. Their offices should not put the offices of Corporate CEO’s to shame! They should live in austere environments befitting their profession. The corrupt within the Army must be punished. The brazen display of brute force curbed.

Let’s not forget our armed forces are paid for by the poor people of Pakistan. The hundreds of millions who are indirectly taxed every time they load their phones or buy bread or switch on a fan or a lightbulb. It is incumbent upon the army to take care when spending this tax money from the blood, sweat and tears of its people!

I know many of my fellow brothers in khaki will take great offence to this perspective. But while it is also painful for me, I must say so, because the Pakistan Army is one of the only two institutions in this country, the other being the Supreme Court, on which the very future of Pakistan depends.

The Army cannot go the route of other public-sector institutions. It cannot allow it’s corrupt to go free or continue to misuse its strength and misappropriate authority which is not theirs. The institution must self-correct, otherwise it will eventually succumb to the rot within!

And the sooner someone tells the General that the Army isn’t wearing trousers, the better it is for Pakistan and the Army!

Al-Bakistan – My Land of pure, its confusions, its lovely contradictions & its Arithmetic! – By Maleeha...

Cartoonists around the world have reacted to Donald Trump’s victory