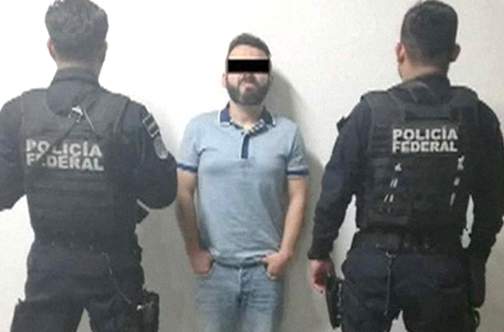 A Mexican drug lord underwent a hair transplant and gastric bypass in an attempt to change his appearance and evade authorities but still got caught, the government said on Thursday.

Despite having lost 30 kilograms (66 pounds) and gained a full head of hair, Roberto Moyado was arrested by anti-narcotics police in Mexico City on Wednesday.

“The detainee had undergone a surgical intervention… to change his appearance with the aim of avoiding identification and detention,” national security commissioner Renato Sales said in a press conference.

He is believed to be the leader of the “Tepito Union” gang, the biggest criminal organization operating in Mexico City and with links to the notorious Jalisco New Generation cartel, according to authorities and analysts.

It’s not the first time a narcotics kingpin has taken the dramatic measure of attempting to change his appearance through surgery.

In 1997, Amado Carrillo, known for his fleet of 727 airplanes used to fly drugs into the United States, died during an operation to change his appearance.