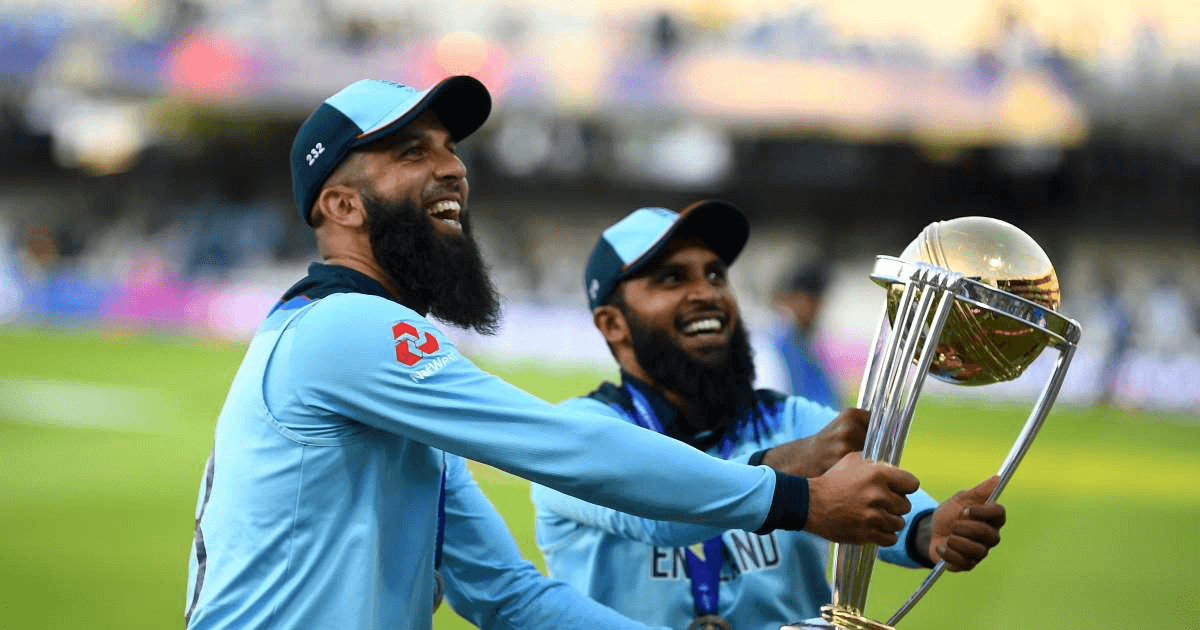 England held their nerve to beat New Zealand and claim the Cricket World Cup 2019. The closely contested final which ended with a super over is being hailed as the greatest final in the history of the sport. This was England’s first world cup win and the whole country erupted in celebration.

However, as the victorious English team was handed the most wanted trophy in world cricket on the podium a strange sight was caught on camera. In keeping with a normal sports celebration, English opening batsman popped a champagne bottle and sprayed his teammates as cameras clicked away. But as soon as he did this team members Adil Rashid and Moeen Ali who were standing on one side got away as fast as they can.

Both Moeen Ali and Adil Rashid are Muslims and children to immigrants. Both hail from the Mirpur in Azad Kashmir in Pakistan’s north. However, both were born in England themselves; Ali in Birmingham and Rashid in Yorkshire. Both contribute as spin bowlers, while Moeen Ali is also a proper batsman.

Read more: “Allah was with us”: says Eoin Morgan on World Cup win

The way both got away from the stage as soon as the celebration involved champagne has brought a fair share of laughs and praise. While some have praised the players for behaving cautiously many users have said that it was over reaction considering the fact that they were not being asked to drink.

In the past, South African cricketer has also been in the news for refusing to display a wine logo as a sponsor symbol on his official jersey. The case is especially notable because each player gets compensated for wearing a sponsor logo, so Amla agreed to sacrifice income for his principled decision.

French police gear up for another showdown with yellow vests

US charges tire company with evading tariffs on China