Chinese FM has said that we have been able to control the virus. A slowdown in new cases has also been witnessed. 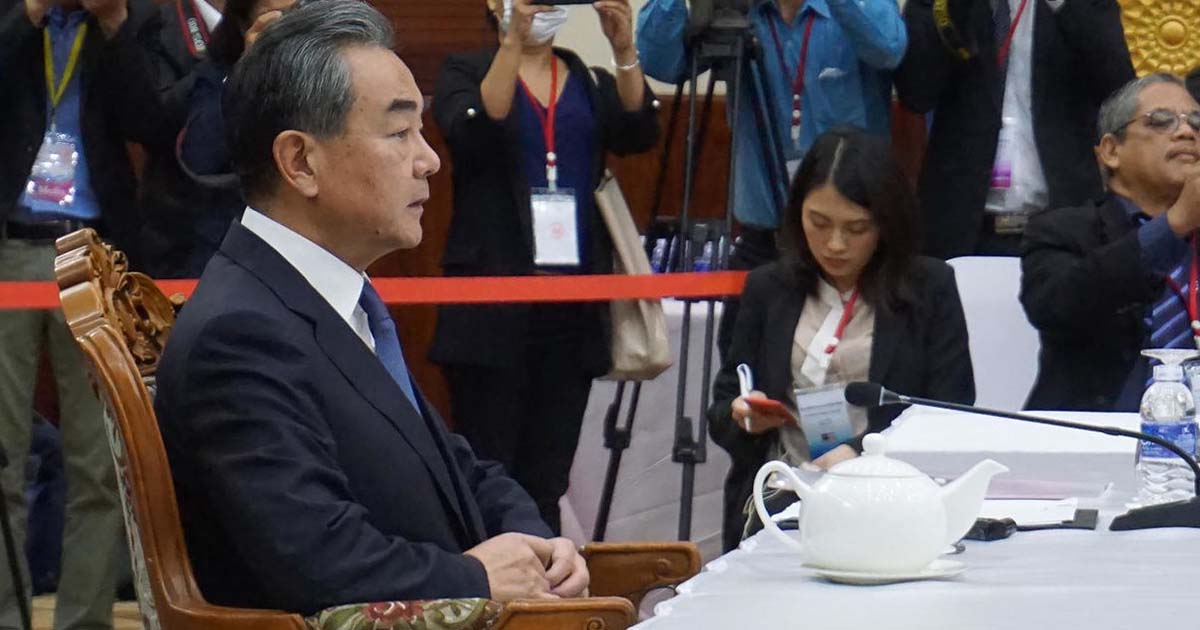 China’s efforts to control the deadly outbreak of a new coronavirus “are working” Beijing’s top diplomat said Thursday. He attributed an easing in new cases to his country’s “forceful action” against the illness.

Wang Yi was in Laos for talks with peers from the 10 Southeast Asian (ASEAN) countries. He said the outbreak was “controllable and curable” despite the global panic it has seeded.

“China is not only protecting its own people but also the rest of the world,” he told the summit in Vientiane. He gave reference to recent sharp drop in new cases of the virus inside China, where it has killed more than 2,100 people.

The hastily-convened summit with ASEAN neighbours comes as a region dependent on the flow of Chinese goods and tourists faces a steep bill following restrictions on movement from China.

A similar meeting was held in 2003 following the outbreak of SARS. Originating in the central Chinese city of Wuhan, the new coronavirus — known as COVID-19 — has infected more than 74,000 people inside China.

The government has locked down tens of millions of people in several virus-hit cities. It has extended Lunar New Year holidays and pulled flights in a scramble to contain the virus.

Still the health scare has cascaded across Southeast Asia, with cases recorded in the Philippines, Singapore, Thailand and Vietnam.

Read more: Amid Coronavirus, How would you train for Olympics? Ask Chinese Team

The Philippines, Singapore and Vietnam have restricted flights from mainland China. These countries have suspended visa-free arrivals as health screening ramps up at entry points.

Thailand has imposed no such restrictions to gut punch to an already beleaguered tourist sector which makes up nearly a fifth of the economy.

Thailand anticipates a loss of more than $8 billion by year’s end from the tourist tail-off.

But China’s Wang said the drop-off would be “temporary”.

“The outbreak may have taken a toll on cooperation between China and ASEAN but such impacts can be overcome and made-up for … the long-term trajectory will remain intact.” He said during a press conference after the meeting.

“Fear is more threatening than the virus, and confidence is more precious than gold,” he added.

As China battles coronavirus outbreak, Chinese State Councilor and FM Wang Yi visited Germany and gave a speech at the #MSC2020. “Virus knows no national boundary. No country can prosper in isolation or meet all challenges on its own”. #COVID19 https://t.co/j7duXBKvHQ pic.twitter.com/dHuqKJqnH6

China sees ASEAN as its backyard and has ramped up economic, diplomatic and cultural influence over recent years with billions of dollars of investment, tourist outflows and a bigger presence at regional summits.

There are fears prolonged disruption from the virus could slow work on the massive China-backed “Belt and Road” infrastructure schemes which criss-cross ASEAN.

But Wang laughed off concerns Thursday, telling AFP there “won’t be any negative impacts” on various projects dotting the region.

“In contrast, it will strengthen our collaboration and unity, and push forward the Belt and Road initiative together,” he told AFP.

Philippine Foreign Minister Teodoro Locsin Jr thanked China for its “unprecedented domestic measures and quick action.” Who was apparently referring to the lockdowns of several large cities as the virus spread.

But he recognised the “massively detrimental” economic impact of the disease, which has constricted global trade and tourism vital to many Southeast Asian economies.

Pakistan can get the dangerous Indian COVID situation