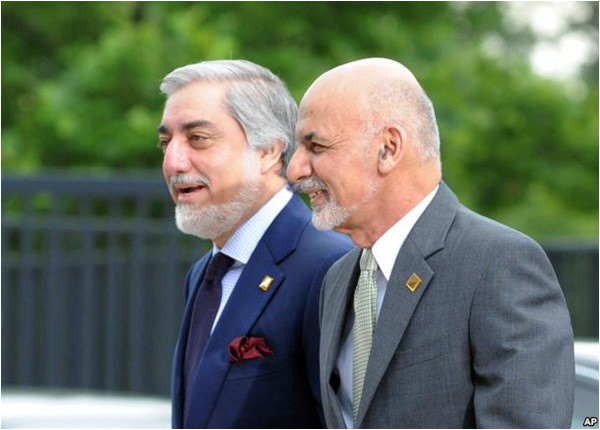 Recent, Russian announcement of a moot to be held in mid-February along with General Nicolson’s comments last week bring up the question whether a US-led NATO rethinking on Afghanistan and Pakistan underway? Has the Indian policy of “isolating” Pakistan outlived its transient utility following some immature moves by the Indian prime minister and the Afghan president?

These critical questions flow from a flurry of some overt and covert high-profile foreign diplomatic visits to Islamabad between Jan 27 and Feb 7. They brought with them many questions, including what Pakistan can do to help revive the Afghan peace process. Thoughts also linger over whether high-level changes in the Pakistani security establishment offer a window of opportunity for the Afghan peace talks, and will Pakistan tag along Russia and China to pursue the Afghan reconciliation process?

Ghani’s dismissiveness due to unqualified support from Nato?

Another big question emerging from the interactions with foreign dignitaries revolved around continued western support for the Afghan government; is unqualified US-NATO support for Afghanistan and the unchallenged acceptance of the Kabul narrative on Pakistan resulting in “indifference and inaction” from the current government?

It looks like we shall have to convey in categorical terms that the Trump support for and the NATO commitment to Afghanistan’s security and development is not an open-ended affair, said one US official.

Most visitors also wondered whether brazen terrorist attacks reduce pressure on Ashraf Ghani to take action on the peace front. Terrorist attacks are condemnable, we expect Pakistan to curb the flow of militants and criminals from its side, said one European official, but it certainly cannot be an “excuse for inaction” by Kabul. And can the government really sustain itself by refusing to indulge in talks with the Taliban as political opposition or can it really afford to play on the military option?

Also, another realization that one could discern from these interactions was that “we can hardly change the Pakistani security establishment’s matrix.” “We tried it for over a decade but now everybody realizes that it won’t,” said another official. There is truth to this.

For nearly 15 years, the US-led NATO members blew hot and cold on Pakistan for what they felt was a “duplicitous approach” on Afghanistan. For too long they empathetically heeded the Indo-Afghan narrative on Pakistan. But GHQ went by its own calculus.

The fact that now both China and Russia have embraced Pakistan and Russian Foreign Minister Sergey Lavrov announced on Feb 8 that they would be hosting a meeting in mid-February with representatives from Afghanistan, Pakistan, China, Iran and India indicates, in turn, a growing accommodation of the Pakistani viewpoint on regional issues when it comes to Afghanistan and Iran.

The Moscow meeting in mid-Feb will be a sequel to the Dec 27 Pakistan-China-Russia meeting in Moscow. And the good news for all stakeholders is that Salahuddin Rabbani, who look on as Lavrov made the announcement for the next meeting, will represent Afghanistan.

If the meeting materializes, it will be extremely good news for the people of Afghanistan. At the same time, it could deal a blow to Indian efforts to “isolate” Pakistan through countries such as Nepal, Bhutan, the Maldives, Bangladesh and Sri Lanka. Earlier on, Modi suffered similar setbacks at the BRICS summit in Goa in October and at the Heart of Asia conference at Amritsar, when both China and Russia refused to incorporate the “Indian” phrases on terrorism into the joint declarations.

In fact, the diplomatic community was at a loss to understand the insult that Afghan President Ashraf Ghani had hurled at Pakistan’s advisor on foreign affairs, Sartaj Aziz at the Heart of Asia conference at Amritsar.

“We need to identify cross-border terrorism and a fund to combat terrorism,” Ghani has said, pointing a finger at Aziz. “Pakistan has pledged 500 million dollars for Afghanistan’s development. This amount, Mr. Aziz, can be spent on containing extremism.” This gesture not only upset the Pakistani leadership, including Prime Minister Nawaz Sharif but also triggered questioning from outsiders, particularly the diplomats based in Afghanistan.

We are all keen to have the intra-Afghan dialogue revived as a matter of collective interest, said one of the visitors. And for this we are expecting all stakeholders to embrace engagement as the primary tool for reconciliation, he argued. Pakistan, he said, must do whatever it can to build confidence when it comes to President Ghani. While it addresses questions on terrorist sanctuaries that are raised by Afghans and Indians, it should step forward to facilitate the Afghan process.

read more: What does Russia now want in Afghanistan? Peace or further discord

If discussions with civil and military officials are any indicator, Pakistan would like the Afghan leadership to speak for themselves instead of appearing as advocates for New Delhi

Pakistani civilian and military officials, on the other hand, stress that they are doing whatever they can to nudge the Taliban into talks. Pressure applied by civil society led to a revision of the policy on refugees; doctors have been stationed at the Torkham border for Afghan patients’ entering Pakistan.

Quietly, visas for students, spouses and business people are being handled under a new policy regime (which unfortunately still awaits prime ministerial approval). Also, Pakistan is about to open the Ghulam Khan border crossing in North Waziristan as a third formal trade transit point (after Chaman and Torkham). Pakistan is also pressing ahead with the reinforcement of the frequented border posts to Afghanistan as a means of a realistic border management mechanism.

For too long did we keep this border open to everyone. In view of the security challenges and for the sake of documentation of the inward and outward flow of people and cargo, we will do whatever we can on our soil, said Tariq Fatemi, the special advisor to the prime minister. Referring to his meetings with foreign diplomats and guests, Fatemi said almost all of them concur with and support Pakistan’s approach to border management.

Read more: Afghanistan Itself Is Now Taking In the Most Afghan Migrants

If discussions with civil and military officials are any indicator, Pakistan would like the Afghan leadership to speak for themselves instead of appearing as advocates for New Delhi. One of the foreign visitors touched on this issue; ‘we possibly went wrong in taking positions which appeared to be lobbying for the Indian position on Pakistan, he said. We need to recalibrate this.’

One would hope that the Moscow moot next week leads to a fresh approach for the region and peace and reconciliation in Afghanistan, but also opens opportunities for both Kabul and Pakistan to work towards normalization of relations. If both fail to forge a new dialogue, their people lose out the most. But if talks resume, the dividends are immense and both could benefit from the new opportunities flowing in from China’s One-Belt, One-Road initiative.

The views expressed in this article are the author’s own and do not necessarily reflect Global Village Space’s editorial policy. The article was first published in the Daily Times.