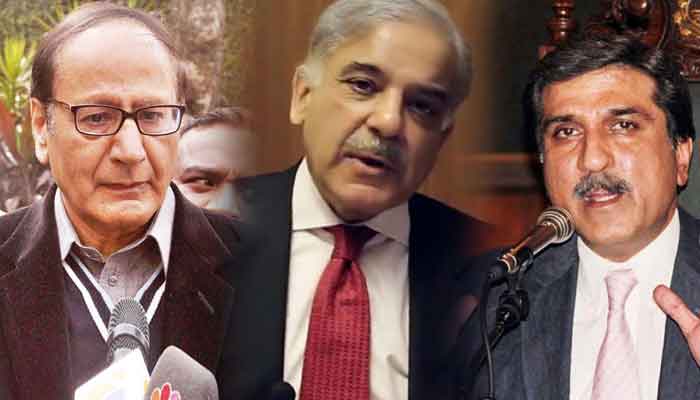 Prime Minister Shahid Khaqan Abbasi flew to London apparently to attend an international conference which was held at the London School of Economics (LSE). According to the reports, the Pakistani society at the London School of Economics had invited the PM to participate in a function.  PM is expected to return on Sunday after attending the conference/function at LSE.

It is the second private visit of the PM within a week to London. Earlier, this week PM had visited the ousted ex-PM, Nawaz Sharif for meetings which the media has called ‘the London plan.’

There has been intense speculation in Islamabad’s political circles that Abbasi’s presence in London earlier this week along with Shahbaz Sharif-led to the crafting of a plan of action. The idea was devised to deal with the on-going crisis facing the Nawaz Sharif family with more zeal and aggression and simultaneously Nawaz was asked to show restraint on attacking the country’s institutions.

Abbasi’s presence in London earlier this week along with Shahbaz Sharif-led to the crafting of a so-called ‘London Plan.’

Media anchors have been speculating about another ‘London plan’. One in which Nawaz Sharif is thinking about sacking the Army Chief, Gen. Qamar Javaid Bajwa. This he would do through instructing PM Shahid Khaqqan Abbasi. It is believed that both PM Abbassi and Shahbaz Sharif confronted the ousted PM on this and advised the senior Sharif to refrain from any such ‘misadventure’.

Speaking on Dunya TV in the program ‘tonight with Moeed Pirzada’, senior political commentator, Hamid Mir stated that, Nawaz Sharif is extending an olive branch towards PPP co-chairman, to build a consensus against the establishment. However, Zardari did not entertain the high profile messengers of Nawaz including the foreign minister Khawaja Asif. Hamid Mir also stated that the actions that Nawaz undertook in 1999 were also not known to Shahbaz Sharif at that time.

However, much to Shahbaz’s chagrin, Nawaz once again changed his rhetoric after returning to Pakistan this week and went on the offensive again and started attacking the establishment, judiciary, and other institutions. It is believed that CM Shahbaz assured Nawaz that he along with PM Abbassi would devise a solution to Nawaz’s ongoing corruption cases and some respite will be earned through backdoor channels.

Read more: Reality behind Nisar’s “No divisions in PML-N” statement

Twin-cities gossip mill believes that LSE was an excuse to conduct another meeting with Shahbaz and Ishaq Dar. The former is said to be displeased with the direction his brother is taking and is upset with him. Abbasi is said to be in London to try and reduce the acrimony between the brothers.

Hamid Mir also said on the program, that Nawaz Sharif never shares his plans with Shahbaz. He only trusts very selective close loyalists who don’t disagree with him, unlike Shahbaz. So, next moves of Nawaz are only known to him. But, the political analysts and commentators believe that having seen the dead end in his Panama cases, he has decided to confront the establishment, unless he is given a safe passage in the shape of some soft deal.

Nawaz held a meeting in Lahore for senior party aides where he assured them that there were no internal party rifts and any that existed would be resolved. However, while he may be able to resolve differences related to the positions taken by Chaudhury Nisar and Riaz Pirzada; the bigger issue is amongst the younger Sharifs clashing for power. Maryam Nawaz Sharif sees herself and has been projecting herself as the heir to take over Nawaz’s mantle. However, there are a large number of people that see Shahbaz and Hamza Sharif as bigger contenders for this role, due to their work in Lahore and Punjab.

Nawaz, during meetings held in Lahore on Saturday with senior party aides, its believed, also discussed further options in light of the Panama decision. Senior leaders have recommended that the party also gear itself for election mode similar to what PTI and PPP are doing. They have recommended that the party should focus on Punjab. The first jalsa has been announced on November 12 in Abbottabad.

The ground reality remains that Nawaz is in a fix. He needs a safe exit from the accountability court hearings. But, circumstances so far are denying him a relief similar to the one given to Benazir on her corruption charges of 1998.

Nawaz desperately wants to buy time and evade convictions before the elections. His legal team has adopted many measures to delay the accountability courts proceedings.

Earlier – despite the deployment of rangers – the rowdyism of the PML-N lawyers, ruckus and mayhem of party workers delayed the regular court proceedings on several occasions. In addition, Kulsoom Nawaz’s illness has also helped to garner sympathy for Nawaz Sharif and provided time to delay whilst also portraying himself as a victim of the establishment.

Under the current circumstances, opposition parties, establishment, and general public share a sentiment of resentment against the delaying tactics of the ex-PM. It is not clear how much the decision to delay court proceedings will help them. There has already been criticism from the PPP and Dr. Sharjeel Memon why they are being treated differently from the pampered treatment the Sharif Family is getting.

PTI in a state of dejection