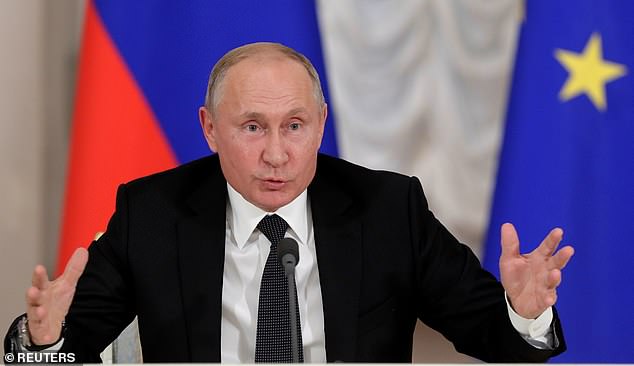 Finally, Donald Trump has publicly conceded that Russia sought to influence last year’s US presidential election by hacking the website of the Democratic National Committee and distributing material illicitly gained from those breaches of cyber-security.

To what extent this harmed Hillary Clinton’s presidential campaign is difficult, if not impossible, to assess. But it would hard to argue credibly that damaging leaks had no effect on her campaign’s momentum.

US news organisations seized on those morsels to reinforce a narrative – already present in voters’ minds – that Clinton was shifty, duplicitous, and untrustworthy.

Julian Assange’s contention that information damaging to Clinton dribbled out during the election campaign by his WikiLeaks organisation did not originate from Russian hackers is scarcely believable.

WikiLeaks today might have enjoyed little more credibility if it had also published material sourced from the Republican National Committee. It did not.

What Assange has to say about these matters should be regarded in the same way as the utterances of a “Kremlin spokesman”.

So now we have arrived at something of a crossroads in the debate about Russia’s interference in the politics of western democracies. One of the questions it raises is how the west might deal with a country that plays by its own set of rules.

What we are talking about are threats to a western liberal consensus that has served the world passably well since the end of the second world war. These include agreements on a global financial architecture at Bretton Woods, and the establishment of the United Nations.

In the months ahead, Russia will no doubt seek to meddle in the politics of western Europe – as it did in the US – to bring about outcomes that will serve its own interests. This comes as it grapples with the same anti-establishment forces that have roiled the American system and put at risk a global liberal consensus based on open borders and open trade.

In the months ahead, Russia will no doubt seek to meddle in the politics of western Europe – as it did in the US – to bring about outcomes that will serve its own interests.

In a gloomy leader on the years ahead, UK’s internationally respected publication, The Economist warned of a “new and darker global order.” In which the newspaper observed “Trump’s appeal is rooted in anger and division.” This is in contrast to Ronald Reagan’s sunny vision of his country as a “shining city on a hill”.

It concluded the question is not whether the world will turn back towards openness, but how soon – and how much damage will be done in the meantime.

read more: War and Democracy in the age of Trump
Needless to say Russia, less so China whose miraculous economic expansion has been fueled by a liberal trading consensus, would regard a fragmenting western leadership as an advantageous development as its seeks to restore its own hegemonic impulses in its immediate neighbourhood and further afield.

read more: Trump breaks US policy stance with direct Taiwan call
In Australia, no less than in other countries, a breakout debate has started on how, in a new post-Barack Obama world, the west might deal with Vladimir Putin’s Russia and in the process look beyond the Putin regime’s corruption, its disregard for human life in its bombing campaigns in Syria in support of its client Bashar al-Assad, and its annexation of Crimea.

In The Sydney Morning Herald last week, under the headline “Russia isn’t the bad guy you’ve been led to believe it is”, the author argued for a reset in relations with Putin’s Russia. This is based on acknowledgement the country is a “great power”, with legitimate interests that overlap those of the west.

Leaving aside the debate about whether Moscow’s interference in a US election is any worse than multiple occasions on which Washington has sought improperly – sometimes with disastrous consequences – to affect the outcomes of democratic processes, how to manage Russia should be a preoccupation of all western liberal democracies.

The salient point that seems to have escaped those advocating a form of realpolitik – untethered from the sort of values in foreign policy the west might aspire to – is that Russia under Putin is a rogue player. Its conduct does not correspond with the norms one might associate with those of a “great power” whose “greatness” is defined by its nuclear arsenal rather than a robust economy that serves its people well.

It might be pointed out that Russia’s financial well being would be in better shape if billions of roubles were not being siphoned off by Putin and his oligarch cronies.

Dealing with Russia in this latest period does not require a suspension of disbelief, rather an acknowledgement that Russian interests are far from aligned with those of the west, and no amount of revisionist commentary about Russia not being “such a bad guy” after all will alter that reality.

Trump’s belated acknowledgement that Russia was responsible for seeking to influence a US presidential election by hacking a DNC website represents a start in recognising certain realities, but only a start. “I think it was Russia,” he said, contradicting Kremlin spokespeople and Julian Assange.

And, for that matter, challenging those playing down the significance of a foreign actor seeking to put a thumb on the scale of a US election, the most consequential democratic event on the global calendar.

Of various contributions to the debate on how to deal with Putin’s Russia in the new era I found William Burns of the Carnegie Endowment for International Peace most compelling.

A former American ambassador in Moscow, Burns evinces a steely eyed view of the Putin pathology. He writes:

The ultimate realist, Mr Putin understand Russia’s relative weakness, but regularly demonstrates that declining powers can be at least as disruptive as rising powers. He sees a target rich environment around him.

Rather than playing down Russia’s interference in America’s election “because everybody does it”, Burns believes such an attempt to corrupt a democratic process should be amplified:

It would be especially foolish to think that Russia’s deeply troubling interference in our election can or should be played down, however inconvenient.

Australian policymakers might be encouraged to read Burns’ contribution to the debate about how best to manage relations with Moscow “without illusions”, as he puts it.

Tony Walker is an Adjunct Professor at School of Communications, La Trobe University. This piece was first published in The Conversation. It has been reprinted with permission.

JIT report: The road to a stronger Pakistan

Is a palace coup unfolding in Pakistan?

Black and white inquiry part of the new bureaucratic reforms

Mother of All Bombs: nothing more than a mere theatrical act by the US?