Hassan Rouhani re-elected as President: Will he be able to reform Iran? 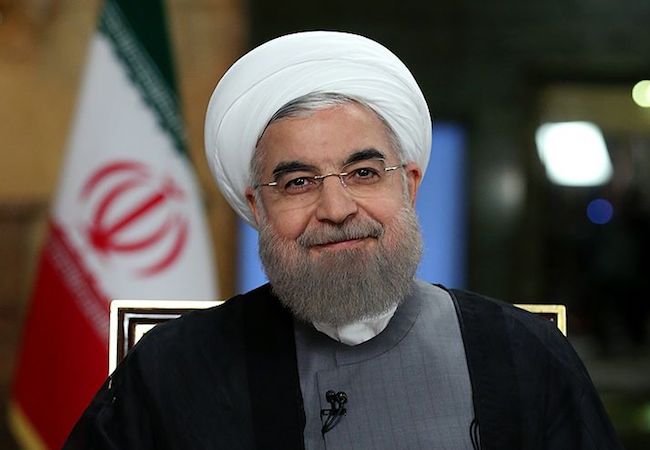 Iran’s reformist President Hassan Rouhani has emphatically won the country’s presidential election, according to official results, fending off a challenge by the rival, Ebrahim Raisi.

Rouhani secured a comfortable victory, with the other main contender, Embrahim Raisi, garnering the second highest votes. According to the state media.

A huge turnout was evidenced by the fact that polling stations remained open till midnight. It defied the apprehensions that moderates won’t vote owing to disenchantment from the regime’s economic performance.

It is widely believed that Iranians endorsed Rouhani’s efforts to re-engage with the West and grant more liberties. The victor had framed the vote as a choice between liberties and extremism. Rouhani’s four-year stint was typified with openness as the president took the bold initiative of signing the Iran Nuclear Deal in 2015 to alleviate international isolation.

Read more: Why was Ahmedinejad disqualified from Iranian elections?

The elected president will have to fend off resistance from the supreme leader Ali Khamenei, who outranks Rouhani.

Rouhani thwarted a real threat in Embrahim Raisi, who had flared up populists concerns about a sluggish economy. Though he didn’t criticize the nuclear deal, he did berate Rouhani of mismanaging the economy and positioned himself as a defender of the poor and calling for a much tougher line with the West.

Raisi was entrenched in the conservative establishment, having served as attorney general, supervisor of state broadcaster IRIB and prosecutor in the Special Court for Clerics.

The election results showed that Iranians want liberties and openness; they are democratic enough to participate in a gradual change.

“The last two decades of presidential elections have been short days of euphoria followed by long years of disillusionment,” said Karim Sadjadpour, a senior fellow at the Carnegie Endowment who focuses on Iran.

“Democracy in Iran is allowed to bloom only a few days every four years, while autocracy is evergreen.”
– Karim Sadjadpour

This shows that pundits are cautious in their optimism about the President’s power. Rouhani’s re-election provides him a chance to institute social and political reforms which he had envisaged. However, he will be restricted and often times thwarted in his attempts.

Khamenei has veto power over all policies and ultimate control of the security forces. Rouhani has been unable to secure the release of reformist leaders from house arrest, and media are barred from publishing the words or images of his reformist predecessor Khatami. This would put the same restrictions on Rouhani as were imposed on his predecessors.

“In this country, the basis is Islam and the Quran. It makes no sense to accept such a document in the Islamic Republic”.
– Khamenei

The incumbent was vocal in his opposition to the disruptive role played by the notorious security agency IRGC during his campaign, asking for it to remain aloof from politicking. The president had offended the supreme leader by openly welcoming Khatami, while the supreme leader had openly criticized Rouhani’s policies.

“Candidates should promise not to look outside the borders”, Khamenei said in a reference to Rouhani’s attempts at increasing Western investment in Iran.

Further, the supreme leader quashed away the impression that the nuclear deal had prevented a war and instead said that People’s grit has done the trick. He castigated and nullified the promulgation of UN Education plan 2030. He called it a promotion of “Western Agenda”. Khamenei asserted in no uncertain terms that such a document was repugnant to Islam.

“In this country, the basis is Islam and the Quran,” Khamenei said. “It makes no sense to accept such a document in the Islamic Republic”.

Certainly, a thumping majority will increase the weight of the reformists but it is needless to say that such attempts will be backed by Khamenei. Hasan Rouhani has to carefully navigate through this predicament.

Previous articleNawaz may hit the lottery with Trump meeting
Next articleLawyers clash at convention; emerge with consensus against PM

21 September 2021
Previous articleNawaz may hit the lottery with Trump meeting
Next articleLawyers clash at convention; emerge with consensus against PM

Who will be the next UK Prime Minister?