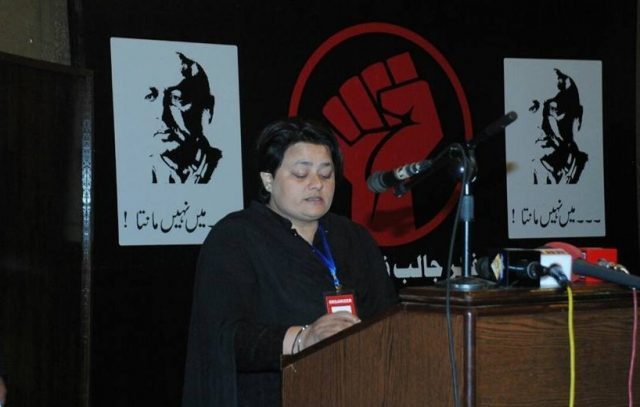 Tahira Habib Jalib, the daughter of revolutionary poet Habib Jalib, said she was irked by the skyrocketing bills she had to pay due to someone’s theft of electricity.

In a Facebook post, she shared that she had been overcharged for electricity bill for the last couple of months. “Two months ago, I got a bill amounting to Rs63, 253, out of which I paid Rs22, 326 in installments but this month, despite a significant change in the weather, I still received a bill of Rs31, 267 and adding the previous one, I now have to pay Rs78, 527.”

She further said that she lived in 2.5 marla house, where electric appliances were rarely used and someone must have cable hooked her electricity meter. She grieved that being a middle-class citizen it was very hard for her to pay that huge amount of bills.

According to the reports, Tahira Habib Jalib is serving as a captain of the private taxi service in Lahore; the taxi that she purchased after getting loans from a private bank.

The government of Punjab used to pay the stipend of Rs 25,000 from the quota of the poets to Ms. Tahira’s mother but was halted in 2014.

Ms. Tahira has urged the government to resume the stipend and introduce a poor-friendly system to help people earn their livelihood without any obstacles.