Here is why Meesha Shafi is leaving Pakistan 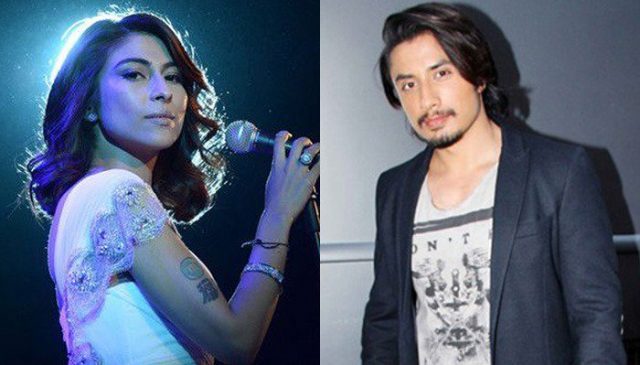 Meesha Shafi says she has deactivated her social media accounts as she was encountering cyberbullying after she accused singer Ali Zafar for sexually harassing her.

She says in order to protect her family and two kids from the slander, abuse, and threats on social media she had to deactivate her accounts.

The rumors also suggest the singer has decided to move permanently to Canada. A Twitter user wrote “According to reports Meesha Shafi along with her husband and two children are permanently moving to Canada. Previously, she also has deactivated her official Facebook and Instagram accounts”.

Meesha Shafi in an interview to a leading publication said that she has realized how difficult it is for a woman to openly recount her sexual abuse stories. She reiterated that no matter if she is alone she will still stand by it.

Read more: Meesha Shafi-Ali Zafar spat is futile but may prove beneficial for…

A group of people claimed Meesh Shafi suffers from short-temperateness and that they have been the victims of her blackmailing. Investigations lead by several media organizations report that a FIR was registered against Meesha Shafi. However, the accuracy of these reports is questionable.

Other girls have too alleged Shafi’s brother, Faris Shafi, an actor himself of sexually harassing them. Meesha Shafi has rejected all the rumors, stating she does not pay heed to such baseless allegations.

Ali Zafar has already served a defamation suit and has asked her to apologize along with Rs. 100 million fine.  Meesha Shafi has hired a legal team consisting of Nighat Dad, a prominent social rights activist, and Ahmed Panosta to look after the legal matters.

Women Association Forum has condemned the slander directed toward Shafi. Many analysts have asked to investigate the case in a different light from the typical cases of sexual harassment that are more based on power abuse. Here two people equally well-known, popular, empowered and colleague themselves are involved. Therefore, it requires a more in-depth study of causes on behalf of both the parties.

Fawad Chaudhry leads Pakistan in a global fight against coronavirus