HIS MASTER’S VOICE? Mevlanas of our times! 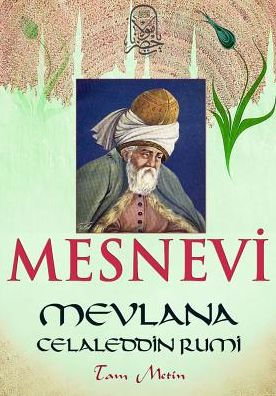 Maulana Fazlur Rehman gives totally new dimensions to political expediency whenever he is cornered, which is very rare, or when his allies get in some trouble, which is almost always. He combines lethally with Mahmood Khan Achakzai to ward off any threats to Nawaz Sharif and his government. We have been ” enlightened ” immensely by both in the recent past. Mehmood Khan Achakzai may have had genuine grievances but lost credibility ever since his entire family became beneficiaries of government’s largesse. As some cynics claim, this measure also became a shield against all ” anti-democratic ” forces.

Maulana Sherani, controversial Chairman, Council of Islamic Ideology (CII), is comparative a newcomer in the field. He brings his brand of controversial vision to help out where needed. How do these three considerable “dots” connect? It could be described in any number of ways but most visible is their common benefactor, Nawaz Sharif. Opposition to PTI and Imran Khan, almost bordering on dislike, is another. These are routine and part of what is usually described as “Beauty of Democracy ” or “Spirit of Accommodation and Reconciliation” and wouldn’t worry many. This time around, however, the troika has excelled itself. All three have come out with three different statements, apparently not linked to each other, all within twenty-four hours, and all “converging” on “division of Pakistan“. This kind of convergence is not a novelty in a country where perceptual biases have already thrown up very dangerous fault lines.

First off, let us see the vision of Chairman of CII. He foresees Pakistan split into five parts, God Forbid. Why, may one ask? Why such an eminent personality would open up now and, instead of suggesting a way gel us together, scare us with a heartbreaking split? We have problems, more than Maulana Sahib’s imagination. Religion as a tradable commodity heads the list according to many modern thinkers. It is distinctly different from Deen which brought in moderation, enlightenment, and tolerance. It was part of his job description to minimize the differential using the exalted platform of CII. What are his contributions in this regard, few odd controversies notwithstanding?

MFR is hell bent on sabotaging ongoing efforts of a special committee set up for the purposes of mainstreaming FATA. This committee, working closely with KP Government, has recommended absorption of entire FATA in KP. Provincial Assembly has endorsed this proposal. But Maulana Fazlur Rehman doesn’t like it.

He has demanded a referendum in the affected areas to ascertain people’s choice whether they wish to join KP or want a separate province. He is against the deportation of Afghans and wants them to be absorbed as Pakistani nationals. It doesn’t take a genius to understand the game plan. A separate Province, dominated by naturalized Pakistanis of Afghanistan origin, perfect blackmailing tool in the hands of its benefactor, Great Maulana Fazlur Rehman, will also be a catalyst for further division of the country based on ethnicity.

It wouldn’t be so bad if the next step, part of enemy’s declared objective, break up of Pakistan, were not so close or obvious. Does it sound familiar? It was prophesied by one and only, Chairman CII, Maulana Sherani just the other day. By the way, he is a senior member of JUI (F). Finally, we have Mehmood Khan Achakzai who has demanded that area between River Indus and Pak-Afghan borders be made into a separate province called “Afghania” because, according to him, it is inhabited by Afghans. It is quite a journey from Pathan to an Afghan and pretty sharp leap from NWFP to KP and, then to Afghania. What is next? Make it part of Afghanistan?

The only problem is that Afghanistan as we know it today, came into being much later after the area was freed from Sikh Rule. And Sikhs ruled from Lahore, Punjab. Why not ask Afghanistan to shed that part which was under Ranjit Singh and make it part of Punjab, or KP for that matter? Because the masters want it otherwise? Surprisingly, government, or more specifically, Nawaz Sharif is the common denominator of this troika. Two of them, Maulana Fazlur Rehman and Mehmood Khan Achakzai are mostly seen on either side of PM when going gets tough, attacking and counter attacking perceived “enemies” from within. Have rarely, if ever, said or done anything against enemies from without.

It will be preposterous to suggest that troika has made the statements under discussion on behest of the government. It will be equally unfair not to wonder as to why the government hasn’t taken any notice of it. Media, overtaken by other spectacular events, has given it a pass as well. Personally speaking, I hope and pray that it is my pessimism more than anything else which has conjured up all this negativity. However, like someone said, ” it is better to be too warm than too cold “, my suggestion would be not to take it lightly. It isn’t just madness. There has to be a method because parties involved aren’t ordinary people. Don’t forget that our lethargy has hurt us quite a lot in the past.

Our detractors know that and are doing their level best to take advantage of our shortcomings. Remember, what our Quaid said,”There is no power on earth which can undo Pakistan“. It wasn’t a random remark but in response to the declaration made by Indian National Congress immediately after Pakistan came into being.

The writer is a Retired General of Pakistan Army, prominent TV personality. He does Defense and Political Analysis on TV/Newspaper and tweets at @_GhulamMustafa_ This blog first appeared on his WordPress site, is published with his permission. However Global Village may not necessarily agree with his opinions or analysis.

Is NAP a challenge or an opportunity?

Assailants use grenades and guns to storm PSX building in Karachi

How do you know if I am an extremist or a moderate?