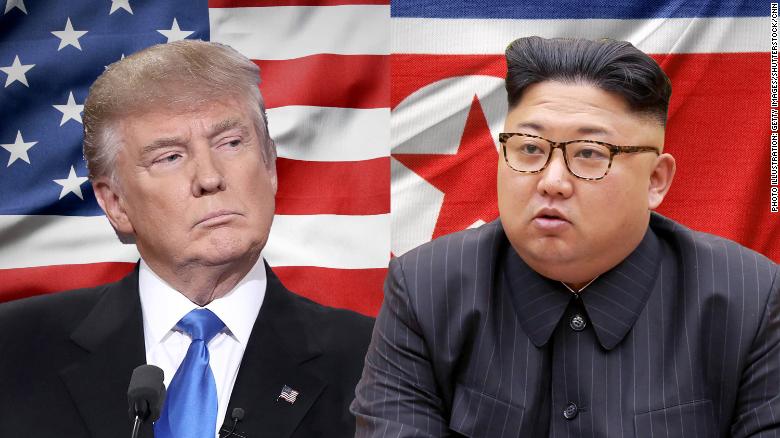 Just 15 hours after North Korea proposed a high-level meeting between delegates from both Koreas to map out the further proceedings toward Korean peace process, Pyongyang decided to cancel it at the very last moment. The reason cited for the surprising, albeit not unexpected, the move was the ongoing US-South Korean Air Force drills called “Max Thunder”. North Korea’s vice foreign minister went ahead to state that even the goodwill has a limit.

He termed the intentions behind joint exercises where both United States and South Korea have deployed 100 fighter jets as to make a pre-emptive airstrike” and “win the air.” Kim Kye-Kwan, the South Korean negotiator for the peace process, stated that North reserves the right to reconsider the already planned summit behind the head of states of North Korea and the USA next month in Singapore.

The statement is no less than a shock for the world in general and for US and South Korean administration in particular as the peace process was, apparently, making progress leaps and bounds.

Though North Korea itself has got dubious history when it comes to making commitments regarding denuclearization it differs from Iran in the regard that it has already achieved the feat which Iran was willing to.

Last month President Moon of South Korea met Kim Jong Un in the demilitarized zone, an event which made waves for several days. Both leaders shared the sense of responsibility to bring a lasting peace for the people of the Korean peninsula.

In the bid of trust-building measures, it was decided that North Korea will no conduct nuclear tests and long-range intercontinental ballistic missiles. To substantiate the claim, DPRK invited international journalists to witness the shutting down of its only known nuclear site. Both sides are also removing the loudspeakers installed alongside the border and DMZ previously used for spreading out propaganda.

The United States has been taken aback with the North Korean stance over the military drills. Initially, Kim Jong Un said that he will be considerate of the fact that joint military drills are the part of the long-term understanding vis-à-vis security situation between the United States and South Korea. But the stern response as far as Max Thunder exercises are concerned says something otherwise.

“If the United States is trying to drive us into a corner to force our unilateral nuclear abandonment, we will no longer be interested in such dialogue and cannot but reconsider our proceeding to the D.P.R.K.-U.S. summit,” said North Korean vice foreign minister.  United States has given a calculated response stating the US is committed to the scheduled meeting and approaching toward the summit as planned.

The reason cited for the surprising, albeit not unexpected, the move was the ongoing US-South Korean Air Force drills called “Max Thunder”.

North Korea feels that it’s a unidirectional flow of goodwill and confidence-building measures as it is expected to shut down its entire nuclear program without anything being offered from the other side. DPRK is adamant that the US should start extraction of its forces from South Korea as the overture toward absolute denuclearization of the Korean peninsula. “The South Korean authorities and the United States launched a large-scale joint air force drill against our Republic even before the ink on the historic inter-Korean declaration has dried. We will be closely watching the attitude of the United States and South Korean authorities,” the official Korean Central News Agency said.

Read more: Kim prepared to cede Nuclear Weapons if U.S. pledges not to…

It is also believed that Donald Trump’s decision to walk out of Iran’s nuclear deal has played a role is Kim Jong Un’s scepticism toward US intentions. Joint Comprehensive Plan of Action (JCPA), what Iran’s nuclear deal is officially called, was considered as one of the prime success stories of what United Nations, in its essence, was established for.

But US president Donald Trump bowed before Israeli vested interest and lobbyists taking a route contrary to his western allies. Though North Korea itself has got dubious history when it comes to making commitments regarding denuclearization it differs from Iran in the regard that it has already achieved the feat which Iran was willing to. The prevention phase has passed long before, which has given North Korea a substantial backing.

The threat to terminate the summit way before the scheduled date could actually be just a hoax by North Korea to increase the leverage before going to the negotiation table. Nevertheless, it is certainly a bump in the drive toward permanent peace which Kim Jong Un was smoothly steering so far. It is his, Kim Jong Un’s, reputation on the line which he is so anxiously willing to transform from an instinctive autocrat to a composed statesman. He will certainly not let go the efforts he has been putting so far to reach this mark until and unless he feels like it’s a total lose-lose situation for North Korea, going down the lane of dialogue and negotiations.

Deaths highlight children’s plight in migrant surge to US