While Navjoth Singh Sidhu highly praised Imran Khan for blessing the Sikh community with the Kartarpur initiative, Khan’s video of calling him ‘Hamara Sidhu’ made rounds on social media. 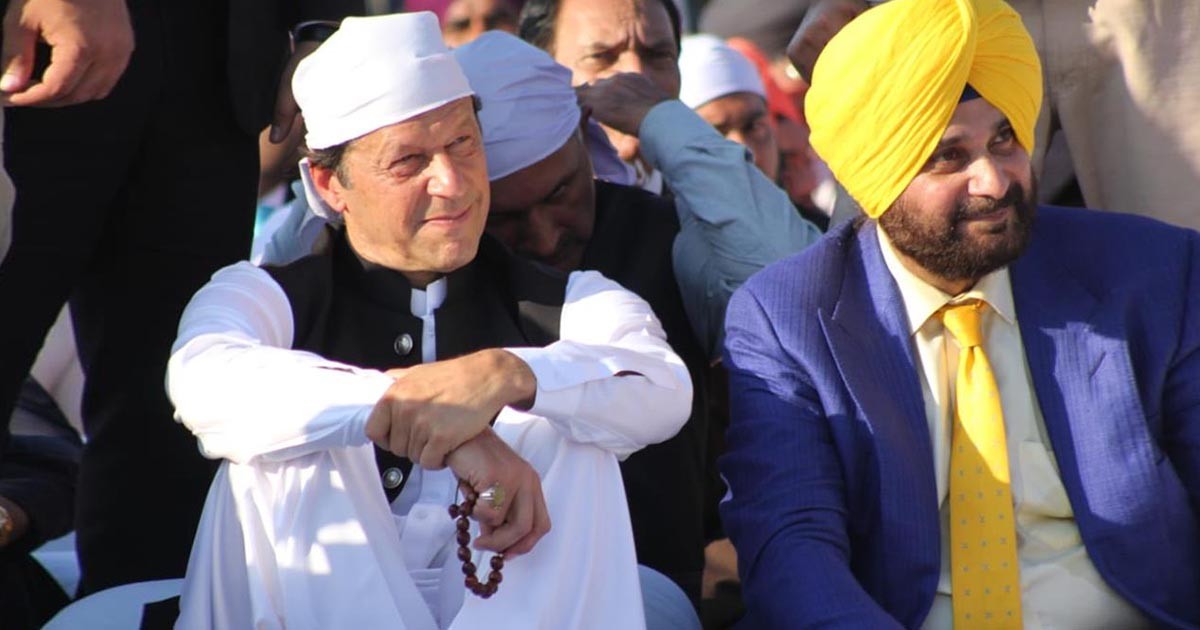 An Indian journalist Geeta Mohan has shared the video of the conversation of Prime Minister Imran Khan with his government officials enquiring about the state guests coming from India for Kartarpur Corridor inauguration.

PM Khan said ‘Hamara Sidhu‘ in a heartfelt gesture for his friend and former Indian cricketer Navjoth Singh Sidhu, while asking about his arrival from government officials. He then laughed at himself for saying ‘Hamara Sidhu’.

In a video that has gone viral on social media, Khan, while in the shuttle, asked for Sidhu, saying, “Achcha hamaara woh Sidhu kidhar hai? Main keh raha hoon hamaara Sidhu.” The video has garnered appreciation on social media and is viewed over 21,000 times.

The officials told PM Khan that the Indian government has closed the gates of the Kartarpur border while Pakistan has kept the gates open.

No Indian won our hearts in Pakistan as much as Sidhu did today with unmatched passion and heartfelt expressions of thanks to Imran Khan on the opening of Kartarpur today pic.twitter.com/ky1bwhWvyc— Kamran Khan (@AajKamranKhan) November 9, 2019

A government official informed him to leave timely for Kartarpur Corridor and is accompanying the first Jatha of Sikh pilgrims. Other government officials including FM Shah Mehmood Qureshi and Firdaus Ashiq Awam discussed the consequences had Sidhu been barred from attending the ceremony.

PM Khan asserted India would have created a bad image for themselves, while Awan commented that India would have ‘made him a hero’ by stopping him to come to Pakistan. Khan also asked about the arrival of former Indian PM Manmohan Singh. Manmohan Singh was leading the first Jatha of Sikh pilgrims which came to Pakistan, while Navjoth Singh Sidhu was the chief guest invited by PM Khan.

Sidhu has been all praises for PM Khan for the success of the Kartarpur Corridor initiative. During his speech at the ceremony, he thanked PM Khan for listening to the decades-long imploration of opening Kartarpur for Sikh devotees.

“It is the first time since partition that the boundaries have been dismantled. No one can deny my friend Imran Khan’s contribution. I thank Modi ji also for it. I am sending a Munnabhai MBBS-style hug to you Modi Sahab for this,” Sidhu said in the speech.

Why Modi Govt is retching up tensions at LOC?