While cinnamon can have reducing effects on blood glucose levels, it is not effective as an isolated treatment for diabetes but might support glucose control in some people. It is a safe and delicious replacement for sugar in the diet. Stores also sell cinnamon in the form of supplements and teas. 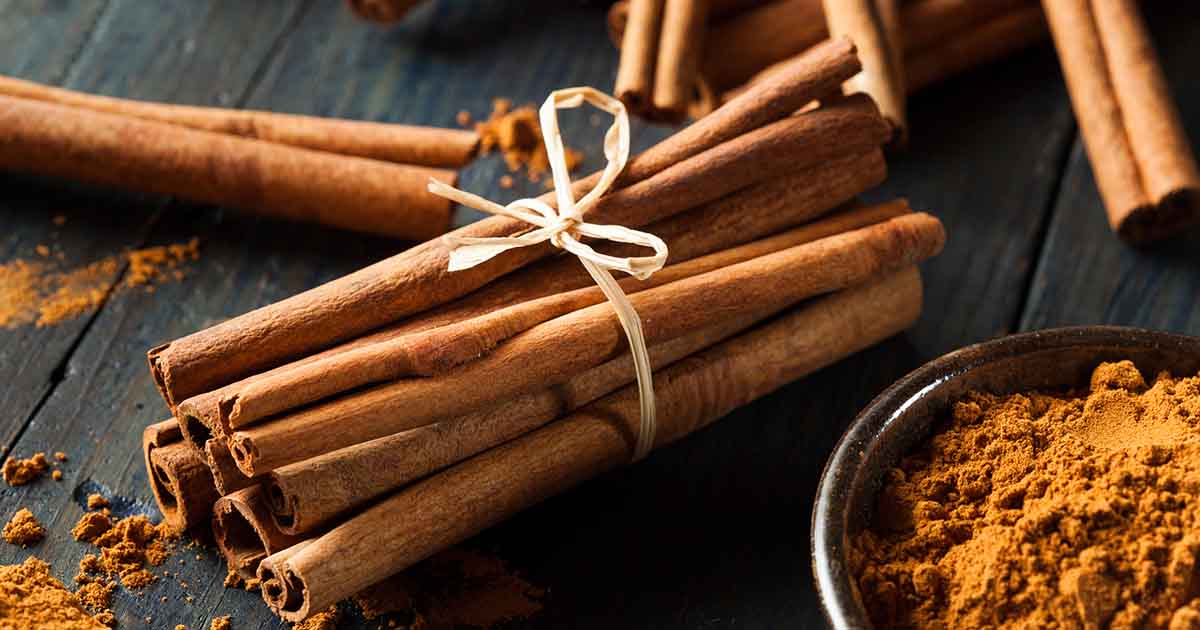 People with diabetes often face dietary restrictions to control their blood sugar and prevent complications. Limited research suggests that cinnamon might help improve blood sugar control in those with diabetes.

Depending on the size of the meal and how many carbs it contains, blood sugar levels can rise pretty dramatically after you eat. These blood sugar fluctuations can increase levels of oxidative stress and inflammation, which tend to do a lot of damage to your body’s cells and put you at risk of chronic disease.

Many people believe that cinnamon can help keep these blood sugar spikes after meals in check. Some researchers say it does this by slowing down the rate at which food empties out of your stomach. Although research is at a preliminary stage, cinnamon may help counter some effects of diabetes. While other studies question that cinnamon is unlikely to cause blood pressure spikes or disrupt blood sugar.

Speak to a doctor before trying any new treatments for diabetes, including cinnamon and other herbal remedies. These might interact with existing medications or have unexpected effects on blood sugar.

The National Center for Complementary and Integrative Health (NCCIH) has confirmed that cinnamon does not effectively treat any health problem. However, even if the suggested benefits of cinnamon require further confirmation, it is a safe, flavorsome way to replace sugar in the diet.

Cinnamon is a spice that is available in extracts, teas, and capsules. It is not effective as an isolated treatment for any condition.

In those with diabetes, either the pancreas cannot produce enough insulin or cells do not respond to insulin properly, leading to high blood sugar levels. Cinnamon may help lower blood sugar and fight diabetes by imitating the effects of insulin and increasing glucose transport into cells.

It can also help lower blood sugar by increasing insulin sensitivity, making insulin more efficient at moving glucose into cells. A 2012 review of ten randomized controlled trials found that not enough evidence is available to support the use of cinnamon as a method for controlling blood sugar.

However, a 2016 study of 25 people in the Journal of Intercultural Ethnopharmacologycame to the conclusion that cinnamon may provide benefits for those with poorly controlled diabetes. Participants consumed 1 g of cinnamon for 12 weeks. The result was a 17 percent reduction in fasting blood sugar levels.

A 2016 analysis, published in the Journal of the Academy of Nutrition and Dietetics, aimed to collect existing research on the role of cinnamon in blood sugar reductions.

The authors reviewed 11 studies involving cinnamon and the treatment of diabetes, all of which produced a drop in fasting blood sugar levels. Studies that measured longer-term glucose, or HbA1C levels, also saw modest reductions.

There are many benefits of cinnamon oil, tea, and powder such as treating diabetes, protecting heart health, fighting allergies, …https://t.co/Vyk08kMnSE pic.twitter.com/a7V3rXOEJY

However, only four of the studies achieved blood sugar reductions in line with the American Diabetes Association’s (ADA) treatment goals. This suggests that cinnamon may be useful for managing blood sugar in some people but is not a reliable alternative to traditional diabetes treatments.

A 2011 analysis in the Journal of Medicinal Food also points to the cinnamon’s potential for lowering blood sugars. Researchers compared the results of eight previous studies and found an average blood sugar level reduction of 3–5 percent.

There is no research to suggest that cinnamon negatively affects blood sugar. It is a safe choice for people with diabetes who want a less risky alternative to sugar, salt, and other potentially harmful flavoring agents.

Read more: Household treasures: How to fight acne with turmeric!

A 2016 study in Blood Pressure compared the effects of cinnamon to cardamom, ginger, and saffron. Cinnamon and the other herbs did not affect blood pressure, body measurements, or body mass index (BMI).

The studies so far on the glucose-altering effects of cinnamon have used small quantities of the spice — usually a teaspoon or less. Just as different medications produce varying results and side effects in different people, cinnamon will not reduce blood sugar in every individual that tries it. Some people may even experience side effects.

Tips for consuming cinnamon safely and effectively include:

Who Should Avoid Cinnamon?

Cinnamon is safe for most people with diabetes. However, people who have liver disease or believe they have a risk of developing liver disease may need to avoid cinnamon, particularly in large amounts.

Cinnamon comes in two forms: Ceylon and cassia. Cassia is common in the United States and contains small amounts of a substance called coumarin.

While cinnamon can have reducing effects on blood glucose levels, it is not effective as an isolated treatment for diabetes but might support glucose control in some people. It is a safe and delicious replacement for sugar in the diet.

Some people are sensitive to this chemical and, if they take it in large doses, might develop liver disease. People who already have liver disease are especially at risk if they consume cinnamon.

Most research on the role of coumarin in liver failure looks at significantly larger quantities of cinnamon than a doctor would recommend for people with diabetes. This highlights the importance of starting out a course of cinnamon with very small doses.

Cinnamon is safe to take alongside most other drugs and herbal remedies. People taking another remedy should always consult their doctor first. Even natural remedies, such as cinnamon, can trigger negative interactions.

People with diabetes who take a drug that can harm the liver should consult their doctor before using cinnamon due to its potential adverse effects. They should also consider Ceylon instead of cassia cinnamon. The liver plays an essential role in glucose control, and liver damage can make the effects of diabetes worse.

While cinnamon can have reducing effects on blood glucose levels, it is not effective as an isolated treatment for diabetes but might support glucose control in some people. It is a safe and delicious replacement for sugar in the diet. Stores also sell cinnamon in the form of supplements and teas.

However, cinnamon may cause side effects in some people, especially those taking diabetes medication that affects the liver or who already have liver disease. Seek medical advice before starting a course of cinnamon supplements.

Previous articleWhy and how to instill table manners in children!
Next articleUS State Dept removes ‘Palestine’ as a country from its website

16 September 2021
Previous articleWhy and how to instill table manners in children!
Next articleUS State Dept removes ‘Palestine’ as a country from its website

The whats and hows of kidney cleanse