Green tea is packed full of health-promoting compounds. Regularly drinking green tea can help you lose weight and reduce your risk of several diseases, including diabetes, heart disease and cancer. 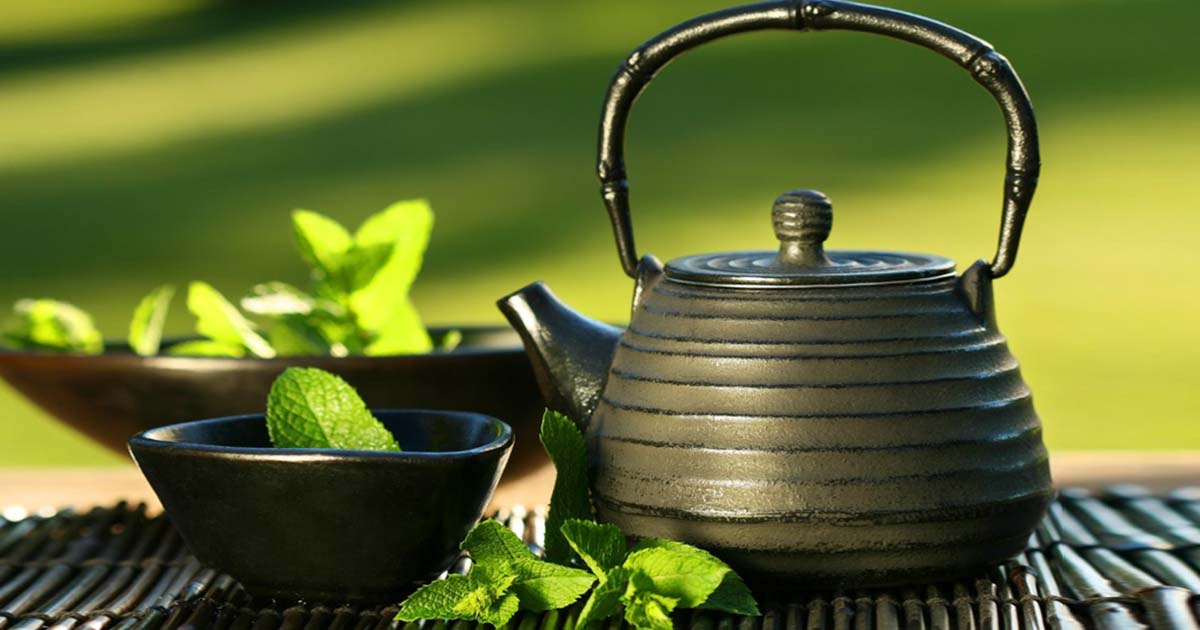 Green tea is undoubtedly the healthiest beverage on the planet. It is loaded with antioxidants and nutrients that have powerful effects on the body. Native to China and India, it has been consumed and hailed for its health benefits for centuries globally but has only recently gained popularity as a post-meal beverage in hopes of digestion.

Tea is the most consumed beverage in the world behind water. However, 78 percent of the tea consumed worldwide is black and only about 20 percent is green.

All types of tea, except herbal tea, are brewed from the dried leaves of the Camellia sinensis bush. The level of oxidation of the leaves determines the type of tea. Green tea is made from unoxidized leaves and is one of the less processed types of tea. It, therefore, contains the most antioxidants and beneficial polyphenols.

Here are some key points about green tea. More detail will follow.

Listed below are the possible health benefits associated with green tea. It was used in traditional Chinese and Indian medicine to control bleeding and heal wounds, aid digestion, improve heart and mental health, and regulate body temperature.

Recent studies have shown green tea can potentially have positive effects on everything from weight loss to liver disorders, type 2 diabetes, and Alzheimer’s disease.

It contains catechins, polyphenolic compounds that are thought to exert numerous protective effects, particularly on the cardiovascular system.

It is important to note that more evidence is required before these possible health benefit links are proved definitive:

According to the National Cancer Institute, the polyphenols in tea have been shown to decrease tumor growth in laboratory and animal studies and may protect against damage caused by ultraviolet UVB radiation.

In countries where green tea consumption is high, cancer rates tend to be lower, but it is impossible to know for sure whether it is the tea that prevents cancer in these particular populations or other lifestyle factors.

Some studies have also shown the positive impacts of green tea on the following types of cancer:

Researchers believe that it is the high level of polyphenols in tea that helps kill cancerous cells and stop them from growing. However, the exact mechanisms by which tea interacts with cancerous cells is unknown.

However, other studies have not found that tea can reduce cancer risk. The amount of tea required for cancer-preventive effects also varies widely in studies – from 2-10 cups per day.

In 2005, the Food and Drug Administration (FDA) stated, “there is no credible evidence to support qualified health claims for green tea consumption and a reduced risk of gastric, lung, colon/rectal, esophageal, pancreatic, ovarian, and combined cancers.”

A 2006 study published in the Journal of the American Medical Association concluded that green tea consumption is associated with reduced mortality due to all causes, including cardiovascular disease.

The participants who drank at least 5 cups of green tea per day had a significantly lower risk of dying (especially from cardiovascular disease) than those who drank less than one cup of tea per day.

It contains catechins, polyphenolic compounds that are thought to exert numerous protective effects, particularly on the cardiovascular system.

Read more: Why Joshanda should be your go to beverage this season

An analysis of published studies in 2011 found that consuming green tea, either as a beverage or in capsule form, was linked to significant but modest reductions in total and LDL or “bad” cholesterol.

Drinking green tea or coffee on a regular basis is associated with a reduced risk of stroke, according to a study published in the journal Stroke: Journal of the American Heart Association.

The lead author of the study, Dr. Yoshihiro Kokubo, Ph.D., said, “This is the first large-scale study to examine the combined effects of both green tea and coffee on stroke risks. You may make a small but positive lifestyle change to help lower the risk of stroke by adding daily tea to your diet.”

Studies concerning the relationship between green tea and diabetes have been inconsistent. Some have shown a lower risk of developing type 2 diabetes for tea drinkers than for those who consumed no tea, while other studies have found no association between tea consumption and diabetes at all.

Green tea may promote a small, non-significant weight loss in overweight and obese adults; however, since weight loss in the studies was so minimal, it is unlikely that tea is clinically important for weight loss.

A 2007 study concluded that green tea could hold promise as a new treatment for skin disorders such as psoriasis and dandruff. Researchers studied an animal model for inflammatory skin diseases, often characterized by patches of dry, red, flaky skin caused by the inflammation and overproduction of skin cells. Those treated with green tea showed slower growth of skin cells and the presence of a gene that regulates the cells’ life cycles.

8) Working Memory and the Effects of Green Tea

Research published in the journal Psychopharmacology suggests that green tea can enhance our brain’s cognitive functions, particularly the working memory.

The research team said their findings suggest that green tea could be promising in the treatment of cognitive impairments associated with neuropsychiatric disorders, such as dementia.

In a study published in 2011, researchers tested the effect of a component of green tea, CAGTE (or “colon available” green tea extract), after it had been digested, to see how it affected a key protein in Alzheimer’s disease.

Green tea supplements contain high levels of active substances that can trigger side effects and interact with other herbs, supplements, or medications.

The Alzheimer’s Society commented that “this study adds to previous research that suggests green tea might help to reduce the risk of Alzheimer’s disease. However, the researchers used a far higher dose of the active tea chemical than would ever be found in the human body. More research is needed to see whether it is protective at a much lower dose, and to understand the mechanism involved.”

Other studies have found that green tea might be helpful in preventing dental cavities, stress, chronic fatigue, treating skin conditions, and improving arthritis by reducing inflammation.

Further research is needed to firm up these theories.

Unsweetened brewed green tea is a zero-calorie beverage. The caffeine contained in a cup of tea can vary according to the length of infusing time and the amount of tea-infused. In general, It contains a relatively small amount of caffeine (approximately 20-45 milligrams per 8 ounce cup), compared with black tea, which contains about 50 milligrams and coffee with 95 milligrams per cup.

Green tea is considered one of the world’s healthiest drinks and contains one of the highest amounts of antioxidants of any tea. Natural chemicals called polyphenols in tea are what are thought to provide its anti-inflammatory and anti-carcinogenic effects. It is approximately 20-45 percent polyphenols by weight, of which 60-80 percent are catechins such as EGCG. Catechins are antioxidants that are said to help prevent cell damage.

Green Tea Side effects and Risks

There are little to no known side effects or contraindications to drinking green tea for adults. However, the following risks or complications should be made clear:

Blood thinners – those taking blood thinners (anticoagulant drugs) such as Coumadin/warfarin should drink green tea with caution due to its vitamin K content. It’s also recommended to avoid green tea and aspirin, because they both reduce the clotting effectiveness of platelets.

Other stimulants – if taken with stimulant drugs, green tea could increase blood pressure and heart rate.

Read more: Are allergies linked to anxiety and depression?

Green tea supplements contain high levels of active substances that can trigger side effects and interact with other herbs, supplements, or medications. It supplements are unregulated by the FDA and may also contain other substances unsafe for health or with unproven health benefits. Always check with a doctor before starting any herb or supplement regimen.

In particular, pregnant or breastfeeding women, those with heart problems or high blood pressure, kidney or liver problems, stomach ulcers, or anxiety disorders should not take green tea supplements or extracts.

10 ways to give a boost to your metabolism

Tasty Infusions You Can Do At Home During Quarantine