You can find mustard oil very easily at every supermarket. Research questions the safety of mustard oil for cooking, and it might be best avoided, especially for young children or pregnant women. In fact, the FDA prohibits selling the oil for this purpose. 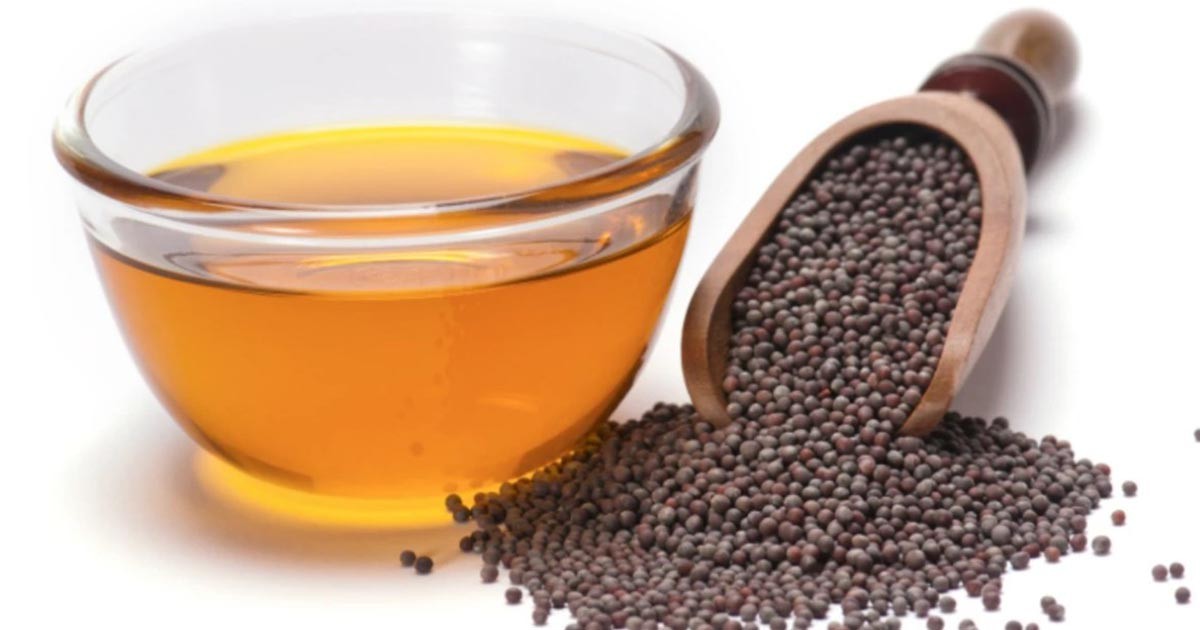 What is mustard oil?

Mustard oil is made from pressing the seeds of a mustard plant to produce a spicy oil. Mustard oil is popular in Eastern cooking, although some American chefs have begun experimenting with the oil, which has a heat and distinctive flavor to it.

Real oil, however, is actually banned for cooking uses by the FDA. This is because it contains an ingredient called erucic acid that has been shown to cause heart problems. Erucic acid is a fatty acid that it is not well metabolized. It’s considered a contaminant.

Although the oil hasn’t actually been tested in humans, the FDA still does not allow it to be sold for food purposes legally in the United States.

However, the FDA does allow a different type of oil, called mustard essential oil, to be sold for cooking. Mustard essential oil is made from steam distillation of mustard seeds. It’s considered safe for use in cooking by the FDA.

How to use oil

There are dangers of using real oil as a dietary supplement or for cooking. It should not be used in anything that will be consumed. However, you can use it as a massage oil.

Mustard essential oil is available for purchase at several herbal vendors. To use a mustard essential oil, dilute it with lighter oils. Then, apply it to affected areas on the body. It also acts as a mosquito repellant. For this use, apply the diluted oil on your pulse points. The oil can even help make your hair healthier and shinier.

Mustard essential oil has been found to be a powerful antibacterial agent. One study found that mustard essential oil effectively killed off common and harmful bacteria such as E. coli, salmonella, staph, listeria, and even a certain type of yeast. It can also be used as an antifungal.

It is good for the heart

One systematic review found that people with diets rich in monounsaturated fatty acids had lower blood pressure and less body fat than others who consumed fewer of these acids. A high proportion of body fat and high blood pressure increase the risk of cardiovascular disease.

It is important to note that these potential benefits are likely to be very small, compared with other factors that influence cardiovascular risk. Consuming oil will not compensate for a broadly unhealthful diet or a lack of physical activity.

According to the ISJR, mustard essential oil has great anti-inflammatory properties. Historically, oil has been used to:

One interesting study looked at using oil to relieve widespread and chronic body pain in mice. The researchers found that oil works against certain pain receptors in the body. That means it can block some pain signals. More research needs to be done before we can say that oil works the same way in humans, but it’s a hopeful idea as a simple way to treat widespread pain.

Pure, unregulated oil can be pretty dangerous stuff. For example, one study found that mixing unadulterated mustard oil with argemone oil, a combination sometimes found in Indian food, can destroy red blood cells in the body. Any mustard oil that is contaminated with argemone oil is considered dangerous to humans.

You can find oil very easily at every supermarket. Research questions the safety of oil for cooking, and it might be best avoided, especially for young children or pregnant women. In fact, the FDA prohibits selling the oil for this purpose.

However, south Asian households have been using ‘sarson ka tel’ for cooking since centuries on their belief of its benefits.