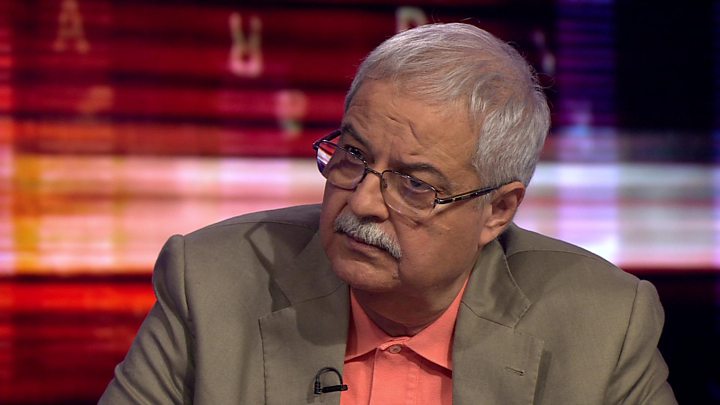 Despite the allegations of ‘rigging’ in sumo wrestling in Japan, “the mere utterance of the words “sumo” and “rigged” in the same sentence can cause a national furor,” argues ‎Steven D. Levitt‎ and ‎Stephen J. Dubner in their book Freakonomics. It’s a rarity that such allegations find their way into Japanese media and any occasional reporting may stir a media storm to measure the possible corruption in sumo.

“Media scrutiny, after all, creates a powerful incentive…..” say the writers. In Pakistan, few media houses take credit and liberty to discredit and loathe political parties, and military establishment for rigging credentials in favor of holy cow of their liking.

The dubious reality of the world media is up for debate. Media stories may at times alter your conclusion of the real events. The presentation of the story and carefully chosen words can make a lot of difference. Dawn leaks II is a prime example of this. It meddles with the mind of the audience.  It hides the reality behind the scenes. What one sees may not be the factual position of a person, an institution, and/or a country.

The questions regarding the control of international media are not something new. It’s a known fact how powerful cronies, capitalists, and neoliberals control media to safeguard their own national, regional and global interests.

Relying on any particular media house in the domestic circuit or in the international domain challenges your intelligence and rationality. The wisdom to join the dots to reach a conclusion which makes sense requires extensive reading of newspapers from Europe to the Atlantic. One of Pakistan’s oldest and credible media houses-Dawn decided to take its case to international media over hurdles in distributions, blocking of television broadcast, and threats it received from allegedly rogue elements/deep state in the country.

Pakistan’s media group dawn is making waves across the world. It is making efforts to gather international sympathy. From Washington post to BBC studio, Dawn is busy ridiculing Pakistan’s Military establishment. But in the process, it has exposed itself. Dawn has shown its real intent. The intent is to malign Pakistan’s security establishment and to gather support in favor of Nawaz.

Ever since the Panama revelations, which troubled Nawaz, Dawn has been busy defending him profoundly through its different forums—news analysis, op-eds, and videos podcasts.

Dawn establishment decided to take up the case for Nawaz. Dawn’s owner’s inability to defend his stance to unilaterally defend Nawaz over corruption charges has put a big question mark on Dawn’s claims as an independent media group.

Something which had not been discussed openly has become an open secret for all to shed light on.

In the latest interview with BBC hard talk, Hameed Haroon- Chief Executive Officer of Dawn Group of Publication, said, “Pakistani media was facing the worst kind of intimidation at the hands of ‘deep state’ which would not be good for the future of democratic institutions in the country.” Rather than providing concrete evidence, he put forward a rather lame reply that there exists a strong perception that military was behind all this.

During the interview, he had to face an embarrassing situation, when BBC’s Stephen Sackur categorically said that Dawn is not seen as an entirely independent impartial media group. Sackur questioned Dawn’s position for being partial, and sympathetic towards convicted criminals–PML-N’s Supreme leader Nawaz Sharif and his daughter Maryam Nawaz.

It was an utter humiliation for him when in reply to a question on proof/evidence of orchestration and threats, he pointed towards social media hawks and asked “to look at trolls in the social media….,” to get evidence for military meddling into political affairs. Bravo!

Dawn has continuously bashed the military establishment for its alleged role in dismantling and interfering in Nawaz’s legitimate actions as a PM. It steadfastly fought a case for civil supremacy. Its unraveling support for Nawaz raised many eyebrows, given the fact that it apparently didn’t present the case against Nawaz’s transgressions. Even at times, when it has to quote from a private channel, mostly it presents the viewpoint of Geo Tv network—which is a mouthpiece of ‘House of Nawaz’.

Under the supervision of Mr. Haroon, Dawn has continuously reported against the biggest political challenger and rivals of Sharifs – Imran Khan. Frankly speaking, it does not matter, whether these are economic survey’s, reports in progression in education and betterment in the health sector, Dawn always managed to highlight the negativities, while easily ignoring the good being done in KPK.

Dawn, once a credible and much-loved media house has apparently become a mouthpiece for Nawaz, to safeguard the interest of his fellow cronies who colluded with him for decades in sucking the blood of this country.

The selective bias of a media house to report on a topic of its choice to favor its vested interests put the question mark on the credibility of the profession. Media meddling is dangerous as it creeps into the nation’s psychology to bring out the desired consequences.  Average human being is spending more time on media. It has become attached to this as a prime medium of education and entertainment. Resultantly, ‘rigging’ and ‘mind meddling’ using fakes news or creating a ‘narrative’ of choice has become easy. The deep division in Pakistan’s society points towards it.

Haroon Hameed’s Dawn in last two years, ever since the Nawaz’s trouble began, has apparently played a key role in changing the paradigm against military establishment. The Dawn leaks I and Dawn Leaks II are primary examples of this intentional sabotage of the nation’s primary military institution. Its narrative was so weak that it got exposed badly in an intense Hardtalk interview.

After this, it’s difficult for Dawn to defend itself as an impartial media house. It has apparently breached the trust of its readers.

What do Pakistani lawmakers think of ‘Mera Jisam, Meri Marzi’?

Honda raises car prices by 100k but Pakistan has had enough