Due to a slow & muddled response, Britain now has the world's second-highest cumulative coronavirus death toll, leaving behind just the United States. The number of new cases & deaths in Britain is on the rise as no sign of recovery is visible. 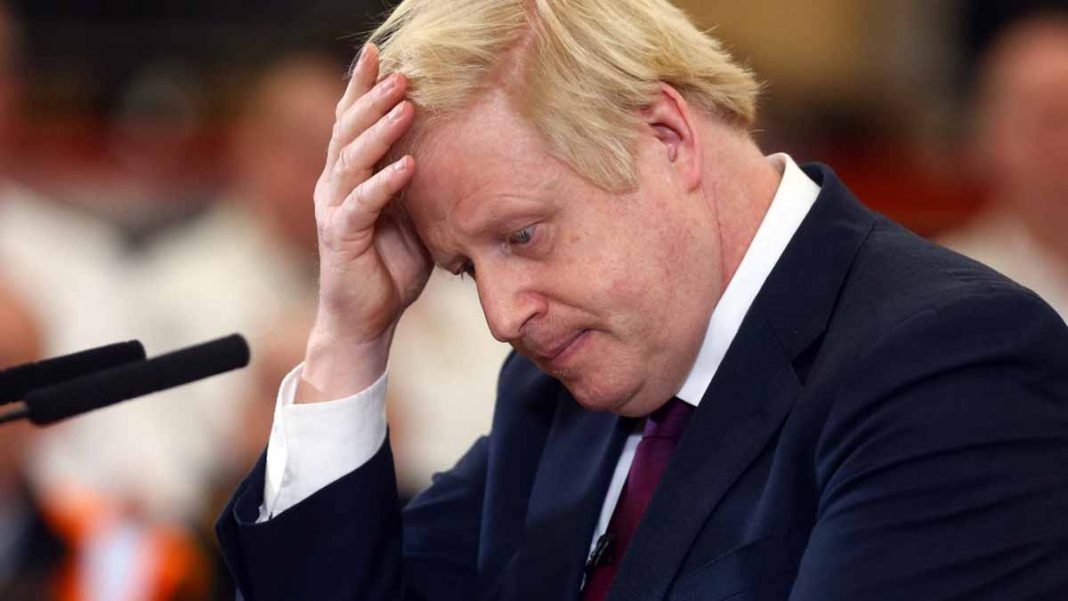 Britain is now Europe’s worst hit country with Corona virus. It has the world’s second-highest cumulative coronavirus death toll, behind only the United States, after updated official figures released on Tuesday showed it had surpassed Italy.

The grim milestone seemed unthinkable just two months ago when the country recorded its first fatality and Prime Minister Boris Johnson said it was “extremely well prepared (for) all eventualities”.

Britain’s toll has jumped dramatically on several occasions as the Office for National Statistics (ONS) — which tallies all deaths, including those from the virus outside hospital — has updated the count.

It releases weekly updates for periods up to two weeks prior and, alongside updated numbers from health agencies in Britain’s devolved regions, showed 32,313 deaths from the virus.

Read more: This is not the right time to investigate COVID-19 origin: UK minister

The government’s chief scientific adviser Patrick Vallance had said limiting Britain’s toll to 20,000 would be “a good outcome”.

Johnson maintains that expert advice has been followed throughout. But criticism has intensified that his government’s response has been slow and muddled.

“It’s extraordinary (to be) approaching 30,000 deaths in this country now,” David King, the top scientific advisor from 2000 to 2007, told BBC television last week.

“Every second you’re having the lockdown debate is a second you’re not having the debate that starts “how in the name of our necrotic self-respect are we on course to be the worst-hit country in Europe when we had so much warning?”
By Marina Hyde#COVID19 https://t.co/kkIdlIeSdY

“What we see is a whole panoply of actions that need to take place to manage a pandemic of this kind, and yet there seems to have been an absence here.

“We seem to be in a very reactive mode. So I am very critical of the slow response.”

Strategy shift for Britain after worst hit in Europe

Johnson, who spent three days in hospital intensive care battling the virus, has faced accusations of initially not taking the outbreak seriously enough.

In early March, with the World Health Organization warning of a potential pandemic, his government was promoting rigorous hand-washing as the best defence, alongside limited contact tracing.

Johnson proclaimed he was still shaking people’s hands after meeting patients on March 3.

As case numbers started to spiral by mid-March, contact tracing — which involves finding and testing people who have been in proximity with those infected — was largely abandoned.

The strategy has been used intensively by countries such as South Korea and New Zealand to keep transmission rates and death counts low.

Instead, the UK government said it would try to suppress case numbers to stagger demand on the state-run National Health Service (NHS) through social distancing measures.

That followed a dire warning from Imperial College London that suppression was “the preferred policy option” to curb the virus’s spread and prevent hundreds of thousands of potential deaths.

The shift appeared to acknowledge that the transmission of COVID-19 in Britain was out of control, but Johnson initially stopped short of ordering a lockdown.

The UK now has the highest death toll in Europe from #COVID19 after new official figures revealed that >32,000 people have died from the #coronavirus.

UK has overtaken Italy as the worst-hit European country.https://t.co/zuH63rfEK7 pic.twitter.com/kxN6t6nAsp

Meanwhile, Vallance sowed confusion after he suggested allowing some “herd immunity” to develop in the population.

Ministers swiftly denied this was their intent, calling it “a scientific concept, not a goal”.

On March 20, with cases and deaths surging, schools, pubs, restaurants, gyms and other social venues were ordered to close.

Three days later Johnson said people should go outside only to buy food, exercise once a day, or travel to work if they could not do so from home. But on deaths alone, Britain — and the global city of London in particular — became an epicenter of the outbreak.

There were 10,000 hospital deaths by mid-April — including nearly 1,000 on April 8 — and the toll doubled again within two weeks. Debate continues over the true extent of fatalities in Britain, given different reporting methods internationally and comparisons of per capita rates of infections and mortality.

Meanwhile, with the lockdown crippling the economy and no easing date yet announced, Britain is aiming to revert to the contact tracing tactics which critics argue it should never have abandoned.

Health Secretary Matt Hancock pledged to increase tests to 100,000 a day by the end of April and hire more than 18,000 tracers to work alongside a new tracing app due out mid-May.

Although he met the target and trials of the app are taking place this week on the Isle of Wight, experts have criticised the government for taking so long to reach this point.

Richard Horton, editor of The Lancet medical journal, described the overall UK response as “the biggest science policy failure in a generation”.

“If we had used February to scale up capacity for testing and contact tracing, and to begin surge capacity for intensive care bed use, it’s absolutely clear we would have saved lives,” he told the Financial Times recently.

Coronavirus during Eid: The Impact on Celebrations