How celebrities and politicians reacted to Sharmeen Obaid’s controversy 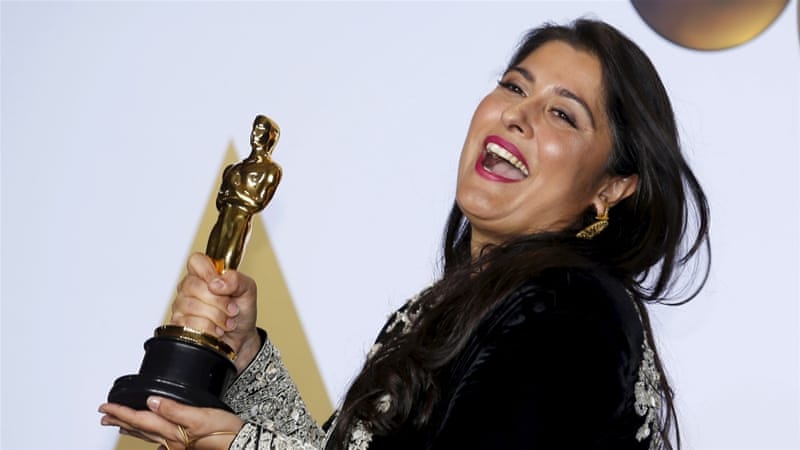 Yesterday, Pakistan’s social media was abuzz with condemnation tweets and Facebook posts, after the physician who tended to the sister of Sharmeen Obaid Chinoy at AKU Hospital in Karachi, was fired on her complaint of “harassing” her sister by sending a Facebook request.

Civil society was infuriated with the unjust exercise of her power. People subjected both the Chinoy sisters to extreme criticism and also many questioned her definition of “harassment”. Other termed the incident just another attempt to create a drama or perhaps stir up another controversy for her next documentary.

Many notable figures of society, including journalists, politicians, and actors from media industry expressed their solidarity with the victimized doctor.

Chinoy’s work is already considered controversial in Pakistan but this fresh fiasco has further tarnished her image.

Prominent TV Anchor, Moeed Pirzada, who often retweets Sharmeen’s tweets and her news was visibly upset by her attitude.

Sharmeen using influence to get a doctor fired from Agha Khan Hospital, for FB friendship Request to sister, is an over-reaction, Not Fair
— Moeed Pirzada (@MoeedNj) October 27, 2017

People condemn & abuse each other on Facebook & send all kinds of messages; one should block them or just ignore them – Don’t Over React
— Moeed Pirzada (@MoeedNj) October 27, 2017

But if Moeed Pirzada thought that Sharmeen was overreacting, he also hinted subtly, without naming her, in another follow-up tweet that in this case, “power” lied with Oscar winner, celebrity, Sharmeen and that “harassment” like “rape” is an act of power – not sex.

Rape is an act of power, not sex & so is “harassment”; in Pakistan what we need is to prevent abuse of “power” by those who control system

Iman Mazari, the daughter of the popular politician Shireen Mazari from Pakistan Tehreek-i-Insaf, said Chinoy has made the mockery of the real and terrible harassment women face every day.

Sharmeen Obaid Chinoy got a doctor sacked for sending a friend request. While unprofessional, that is NOT harassment. Lets be clear.
— Imaan Mazari-Hazir (@ImaanZHazir) October 27, 2017

Similarly, her mother Shireen Mazari, member of National Assembly rather declared the use of undue influence as “real harassment”.

May have been unethical but not harassment; getting the doc dismissed thru undue influence is harassment! Abuse of influence! https://t.co/iRic40CiPm
— Shireen Mazari (@ShireenMazari1) October 27, 2017

This was an exercise of elitist privilege & fame.It did not & will not have any impact/bearing on the fight ag harassment.Poor show,Sharmeen

#SharmeenObaid made a mockery of the very real (& terrifying) harassment women hv 2 endure on a daily basis,on the street,in their homes etc
— Imaan Mazari-Hazir (@ImaanZHazir) October 27, 2017

Hamza Ali Abbasi, a television actor but also a proactive member of PTI advised Sharmeen to rethink her definition of “harassment”.

Irum Azeem Farooque, who had recently joined Pakistan Tehreek-i-Insaf (later left it) mocked the filmmaker and said sending her the FB request could be another blue whale game challenge.

The filmmaker, however, has not responded to the extreme backlash she faced on social media.

No 10 plays down warning of £66bn annual Brexit impact

Who attacked Rangers’ mobiles in Karachi?