How close is the UK to crashing out of the EU? 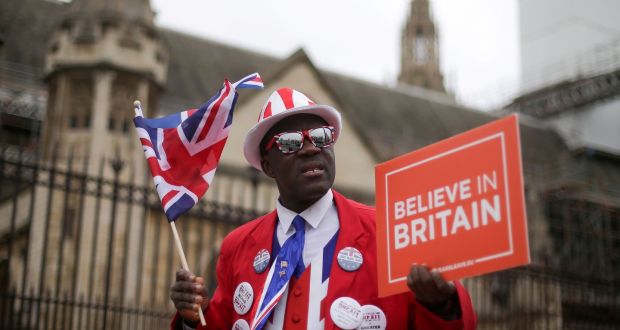 British MPs will attempt to chart a new Brexit path on Monday after rejecting Prime Minister Theresa May’s deal for a third time, leaving her strategy in tatters and the country in limbo. With less than two weeks to go until the day Britain risks crashing out of the European Union, MPs will hold a series of votes to try and find a majority-backed plan to end the current crisis.

Britain voted by 52 percent to leave the EU in a 2016 referendum but the process has been mired in divisions between Brexit supporters over the terms of the divorce and what kind of future ties to seek. The government struck a deal with the EU in November, but parliament has refused to ratify it — forcing the government to seek a delay to the originally planned departure date of March 29.

Conservative MPs across the board said they would block such a move, which requires two-thirds support in parliament.

The EU’s offer of an extension until May 22 was conditional on MPs approving the deal last week. Despite May’s promise to step down if they voted for the deal — an attempt to get Brexit hardliners to vote for it — they failed to do so.

Read more: May tries to save Brexit plan ahead of EU summit

The government must now make a new request to the European Union at an extraordinary summit on April 10 or leave the bloc without a deal on April 12 with potentially chaotic economic consequences. A longer delay beyond May 22 would have the bizarre consequence of Britain having to hold European Parliament elections like other member states.

Parliament seized the initiative for one day last week but failed to unite around a single option that could replace May’s deal. Frustration is growing within the bloc, with European Commission President Jean-Claude Juncker on Sunday telling an Italian TV station that the EU is running out of patience with Britain.

“With our British friends we have had a lot of patience, but even patience is running out,” Juncker told Italian public TV channel Rai 1 on Sunday. “Up to now, we know what the British parliament says no to, but we do not know what it says yes to.”

The government struck a deal with the EU in November, but parliament has refused to ratify it — forcing the government to seek a delay to the originally planned.

However, there appears to be momentum behind a plan to seek a deal that would see Britain stay in some kind of customs union with the European Union. While this may satisfy the pro-EU members of May’s cabinet, it threatens mass rebellion among the rest of her ministers, posing a serious threat to the government’s survival.

Brexit-supporting minister Andrea Leadsom has organised a letter signed by 10 cabinet members demanding that there be no further extension beyond May 22, the Sunday Telegraph reported. The letter also spells out that May must stand by her party’s manifesto pledge to leave the customs union in order to be able to strike post-Brexit trade deals with other countries.

Agreeing to seek a customs union, if demanded by MPs, could therefore trigger a mass ministerial walkout. But so could ignoring MPs’ instructions, with pro-EU ministers having already quit to vote against the government.

All of which leaves a general election looking ever more likely, with May herself last week warning after the third rejection of her deal that “I fear we are reaching the limits of this process in this House”. Conservative MPs across the board said they would block such a move, which requires two-thirds support in parliament.

Polling on Sunday signalled why. The party has slipped seven percent, according to the Sunday Mail, putting Jeremy Corbyn’s Labour on course to be the largest party if an election were held.

The letter also spells out that May must stand by her party’s manifesto pledge to leave the customs union in order to be able to strike post-Brexit trade deals.

Conservative Party deputy chairman James Cleverly said on Sunday that the party was not preparing for a snap election. “I don’t think an election would solve anything. Time is of the essence, we have got Brexit to deliver. We don’t want to add any more unnecessary delay,” he told Sophy Ridge on Sky News.

The slip in support coincides with the party’s failure to deliver Brexit on March 29, upsetting its supporters who voted heavily in favour of leaving the EU. The poll also found narrow support for a second referendum.

May is also facing mass calls from her own MPs to quit immediately as leader of the party — and country — rather than wait until the divorce phase of Brexit has been resolved, as promised. She has yet to give up on her deal despite it being rejected three times by parliament, and is reportedly considering whether to bring it back for a fourth vote, potentially this week.

Why 19th Century Europe became the richest part of the world? What can we learn?