Coronavirus changes the funeral rites of Muslims in US & Europe

The Fiqah Council of North America has also issued fatwas. It has allowed the local communities to follow the rules set by the local administration and in a case of restrictions, they can perform alternatives. 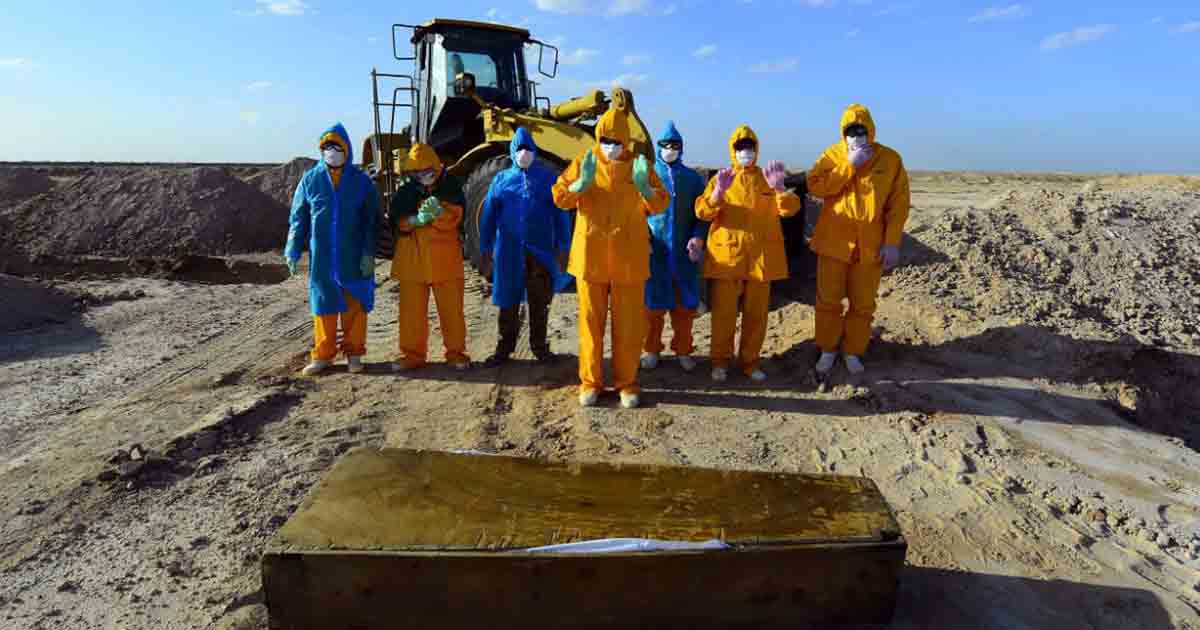 Where coronavirus has greatly halted daily life across the world, it is also altering the funeral practices of Muslims in the U.S.A.

The Imams and Muslim scholars across the U.S have issued new guidelines on how to practice funeral rites in line with the coronavirus preventive measures of social distancing and isolation.

Center for Disease Control and Prevention has issued a strict warning not to touch the body of someone who has died of coronavirus in fear of spreading the disease and any type of cleaning and interaction with the body has to be done wearing personal protective equipment (PPE).

But Muslims have the practice of washing the body of the deceased before burial (ghusl) hence scholars have turned towards another Islamic method of Tayyamum, which consists of cleaning the body with sand and dust.

Muslim communities in New York City are facing challenges in upholding sacred burial traditions in the era of the coronavirus pandemic. https://t.co/4vj0jj0ACY

“We’ve changed our procedures from washing (the body) to tayammum,” said scholar Nasir Saleh to an Arab publication. “And then we use a bag to cover the body so we can do the tayammum on top of it,” he added further.

The Fiqah Council of North America has also issued fatwas. It has allowed the local communities to follow the rules set by the local administration and in a case of the restrictions, they can perform alternatives.

Read more: Is the Islamic missionary movement the real harbinger of the coronavirus?

“The default [position] is that the deceased should still be given full ghusl if PPE procedures are followed,” said Yasir Qadhi, Dean of Academic Affairs at Al-Maghrib Institute in Texas.

“In case even this cannot be done and there is a genuine danger or reasonable doubt regarding harming the health of those around the corpse, tayammum can be done, in this case, the one in charge of the corpse may, even while wearing gloves, wipe the face and hands of the deceased after touching some sandy surface.”

Moreover, Muslims have also scaled down gathering at funerals following the orders of no more than 10 people at any public gathering.

“The staff at the cemetery were not even allowing more than four people to be at the grave while the body was being buried,”  said an Islamic professor in Virginia.

“In funerals or janazah processes in non-Muslim countries such as the US, there were already some limitations – but now there are far more,” he added further.

Now, one of the reported orders issued by the UK government calling for the cremation of the bodies which has disturbed the Islamic communities since this is against the funeral practices outlined in Islam.

“We all know, with our ability to cope with a large influx of deaths, especially for Muslims with the amount process that is required and the sacredness of the body, that this is a major area of concern,” he said in a video.

Adding that, “We’re optimistic and hopeful that the Muslim community does not have to face that.”

Previous articleCOVID-19 could prompt one of the worst disasters so far in war-torn Syria
Next articleCovid-19: Time to rescue Balochistan

22 September 2021
Previous articleCOVID-19 could prompt one of the worst disasters so far in war-torn Syria
Next articleCovid-19: Time to rescue Balochistan

Coronavirus race: How & Why US leads with top position?

UN chief says focus on climate crisis too beside Coronavirus