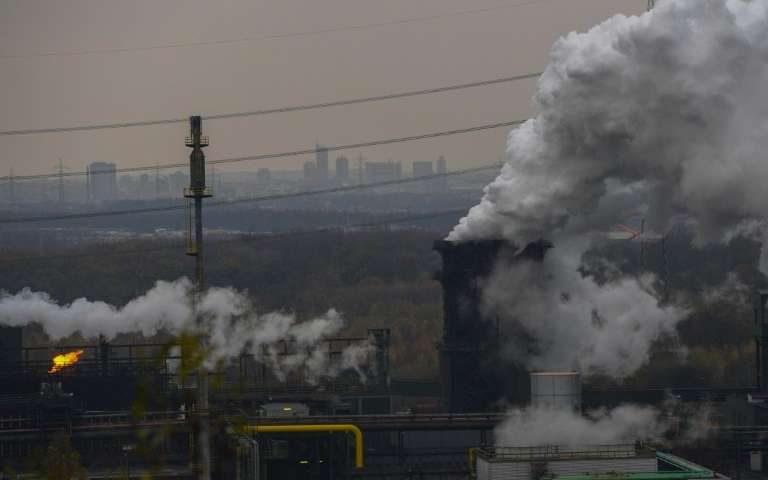 After more than 150 years, Germany’s last black coal mine will close in the Ruhr region, posing a gigantic geological and environmental challenge to the former industrial heartland.

How to Close a Mine

The Prosper-Haniel mine’s galleries were painstakingly excavated over decades by workers with pickaxes and later pneumatic drills. Now they have been sealed off by enormous stretches of concrete.

Mining company RAG, in charge of clean-up at the site, has nearly finished removing tonnes of steel, equipment and cables from the tunnels. The final concrete blocks remain to be placed for Prosper-Haniel to fall silent once and for all.

The water found in mines is particularly acidic after trickling through a kilometre of underground sediment, and contains more salt than seawater.

Within around 10 years, the galleries more than 600 metres below the earth will fill up at least partially with groundwater. RAG will drain and pump this water as part of its “eternal task” as the owner.

“If this system of ‘eternal tasks’ did not exist, 80 to 100 years from now the water would rise and two-thirds of the Ruhr region would be flooded,” the professor and hydraulic engineer in charge of the project, Andre Niemann, told AFP.

Read more: What can be won from PM Imran Khan’s visit to Germany?

The water found in mines is particularly acidic after trickling through a kilometre of underground sediment, and contains more salt than seawater. If it reaches the water table just below the surface, it could contaminate drinking water resources in the region.

Hence the requirement for RAG to constantly pump it away — as well as treating it before it can be diverted into a river like the Rhine. Meanwhile, the tunnel floors in the mine contain so-called polychlorinated biphenyls (PCBs), chemicals used for mining production.

The Prosper-Haniel mine’s galleries were painstakingly excavated over decades by workers with pickaxes and later pneumatic drills.

“There is a study to determine the concentration (of PCBs) and how dangerous it is,” Niemann said. “A plant for treating it has already been set up,” he added.

“As long as the water is regularly pumped out, there’s no risk of subsidence or flooding” in areas above the pit, Niemann said. And so-called “firedamp” methane explosions are unlikely as long as the galleries are sealed away from the open air.

“The gigantic concrete blocks we poured to close the tunnels are designed for this, so even if there is an explosion they won’t budge,” the engineer said.

Some coal still squirreled away will be burned to heat the homes of people in the region, while the naturally warm mine water will flow through the underfloor heating of houses in the area.

Part of the Prosper-Haniel site will be covered with grass and plants, turning it into a park alongside tourist landmarks and museums aimed at keeping the memory of mining culture alive.

British and Middle Eastern Monarchy: Acceptable vs the unacceptable

Climate Change could tear the fabric of society: UN