How is India altering demographic dynamics in Kashmir?

After diminishing the special status of Kashmir, India has introduced a new set of laws to alter the demographic dynamics in the valley. Is this the final card played by PM Modi to integrate Kashmir with India? What options does Pakistan have? 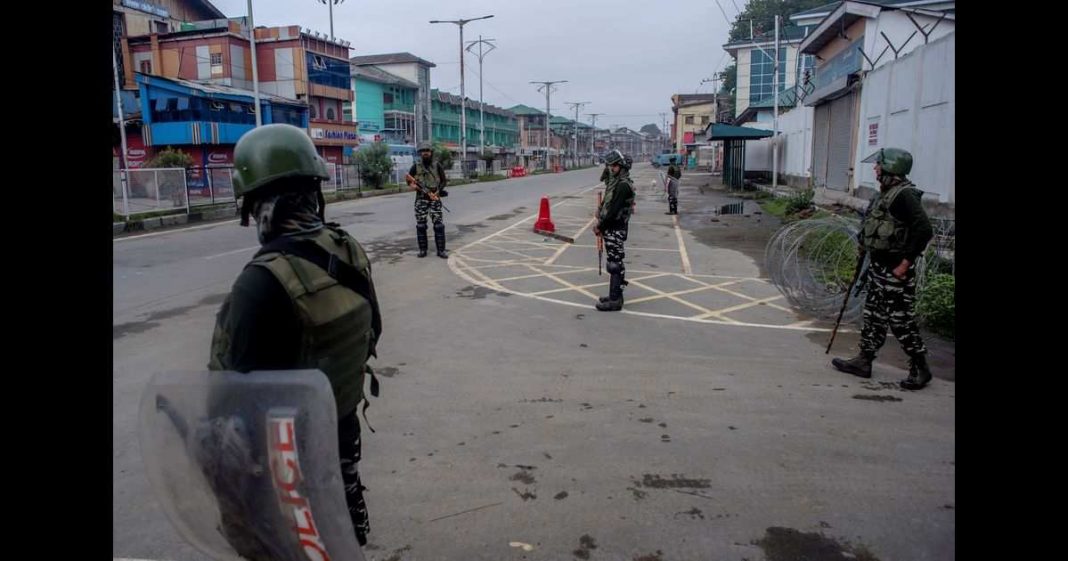 The OIC has condemned a set of new laws being implemented in IoK. “The General Secretariat of the Organisation of Islamic Cooperation (OIC) has been following with deep concern the unilateral actions of 5 August 2019 and subsequent measures to alter the demographics of and undermine the rights of the people of Jammu and Kashmir,” read the official statement.

Earlier on Tuesday, Pakistan had condemned and rejected the introduction of “Jammu and Kashmir Reorganisation Order 2020” which it termed an attempt to illegally change the demographic structure of Indian occupied Kashmir (IoK).

The Foreign Office, in a press release, had said that the order was another illegal step by India to settle non-Kashmiris in the occupied territory by changing the domicile laws.

“This is a clear violation of international law, including the 4th Geneva Convention,” said the FO spokesperson. The official added that the Indian action was a continuation of India’s illegal and unilateral steps since August 5, 2019.

Recently, the Organization of Islamic Cooperation in a two-part tweet condemned the violence in Delhi, “expressing its sincere condolences to the families of the victims” and describing the acts as “heinous”.

#OIC condemns the recent & alarming violence against Muslims in #India, resulting in the death & injury of innocent people & the arson and vandalism of mosques and Muslim-owned properties. It expresses its sincere condolences to the families of the victims of these heinous acts. pic.twitter.com/NQjKVoLgXQ

“The OIC calls on Indian authorities to bring the instigators and perpetrators of these acts of anti-Muslim violence to justice and to ensure the safety and security of all its Muslim citizens and the protection of Islamic holy places across the country,” the tweet said.

“An attempt to change the demographic dynamics in IoK”

The Indian government on Wednesday had announced a new set of laws for the disputed territory that grants domicile rights to Indian citizens in the region.

"India is pursuing its aggressive policies backed up by these new and draconian domicile laws with an intent to alter the results of the plebiscite, if ever held, in its favour" – Kashmir Scholars Consultative and Action Networkhttps://t.co/3XBNjqCBd7

According to Al Jazeera, experts and residents fear that it will alter the demographic status of the Muslim dominated territory. The Doha-based channel reported that the law allows those who have resided for 15 years in IoK or studied for seven years and appeared in Class 10/12 examinations in educational institutions located in the region are now eligible to become permanent residents. This appears to be a case aimed at altering demographic dynamics in Kashmir.

The announcement comes nearly eight months after the Indian government stripped the region of its limited autonomy that had protected the region for decades from demographic changes.

“The new law is a major departure from the earlier position of law, under Article 35A of the Indian constitution and Section 6 of J&K constitution that empowered the J&K assembly to define a permanent resident of Jammu & Kashmir,” said Mirza Saaib Beg, a Kashmiri lawyer at the Blavatnik School of Government at the University of Oxford.

“A permanent resident has now been replaced with “domicile” with retrospective effect. It is legally questionable if such a power exists in the parent Act itself. New classes of people have been made eligible for domicile status including migrants, central government employees, Indian armed forces personnel and their children who meet the eligibility criteria,” he added.

Muhammad Tahir, who teaches at the School of Law and Government, Dublin City University, Ireland and specialises in the Kashmir conflict, believes that “for non-Kashmiris, it has been made easy to get domicile certificate. They just need a mere ration card or a document of proof of residence and they can even apply for and receive the certificate electronically”. The attempt to alter the demographic dynamics in Kashmir is part of the BJP’s wider political agenda.

“On the other hand, a Kashmiri must produce Permanent Residence Certificate which used to be issued by DC. To get a PRC, one needed to submit an affidavit and a host of documents which would take months to prepare,” he maintains.

Mukesh Ambani bets it all on ‘Amazon Killer’ JioMart