New Zealand's Prime Minister Jacinda Ardern has announced the country no longer has any coronavirus cases. It has also seen very few COVID-related deaths. What has been the key to New Zealand's success? Can South Asia learn anything? 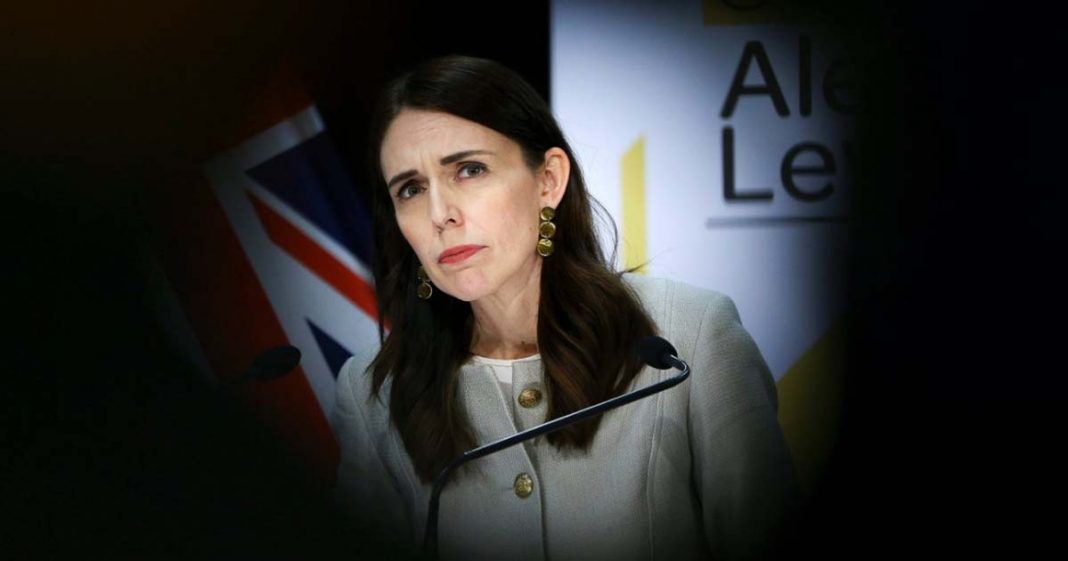 It is seventeen long days since a Covid-19 case has been reported in New Zealand. Announcing this in Wellington today, Prime Minister Jacinda Ardern said New Zealand has halted the spread of the coronavirus after the last known infected person in the country recovered. New Zealand has no more active Covid-19 cases as of today!

Ardern said the “elimination is not a point in time, it is a sustained effort.” She has every reason to feel proud of her achievement. But, with characteristic modesty, she also added a caveat: “We almost certainly will see cases here again, and I do want to say again, we will almost certainly see cases here again, and that is not a sign that we have failed, it is a reality of this virus. But if and when that occurs, we have to make sure and we are, that we are prepared.”

No doubt, it is a great day for New Zealand. Ardern admitted she had done a “little dance” when she was told there were no more active COVID-19 cases in New Zealand, surprising her two-year-old daughter, Neve. “She was caught a little by surprise and she joined it having absolutely no idea why I was dancing around the lounge,” the prime minister said.

New Zealand with a population of 5 million contained the pandemic to just 1500 cases. Fatalities added up to 22 lives. After two weeks of no new active COVID-19 cases, the country has moved to lift almost all restrictions that were in place as a result of the pandemic. Yesterday, all of New Zealand transitioned to level one, which is the lowest alert on the four-tier system that the government had drawn up.

Under the new rules, borders remain closed but social distancing and public gatherings are unrestricted. How did New Zealand reach this point?

Obviously, the country consists of remote islands and it could close itself off. But that is only a very small part of the story. From what the country’s experts have spoken — especially, Michael Baker, who is part of the advisory team for the government and professor of public health at the University of Otaga in Wellington — the lessons that New Zealand learnt could, in fact, have been repeatable for India — and, indeed, have been repeated in some other countries of the world.

The BBC had a brief conversation with Prof. Baker. This is how the story goes: It was a little over there months ago that New Zealand got its first Covid-19 case. Fundamentally, New Zealand’s success lies in having assessed then and there the risk of the impending epidemic in a decisive way. New Zealand didn’t treat the pandemic as an influenza but instead treated it like a SARS epidemic that could be contained and eliminated. Accordingly, all the planning and action has been on that path once it came to that basic conclusion.

Such an assessment also explains the success of many Asian countries. On the contrary, European countries were for understandable reasons complacent. The western attitude can only be described as one of “complacent exceptionalism” (Prof Baker) — as if the virus would behave differently in the western world, as compared to Asia.

New Zealand, on the other hand, decided to look at the success of the Asian countries in containing Covid-19, especially the whole Chinese approach which focused on acting very swiftly and decisively. In practice, this meant that while the western countries began increasing the controls in proportion to the spread of the virus, New Zealand did just the opposite by “throwing in everything at the virus”, by going for a very intense lockdown very early on.

Quite obviously, India seriously erred on many counts. First and foremost, the lockdown should have been announced much earlier even as the first Covid-19 case appeared

As a result, it was becoming clear after about six weeks into the lockdown that the virus was disappearing. Nonetheless, there was no let-up. In fact, New Zealand came out of the lockdown very cautiously, using modelling and simultaneously strengthening the contact tracing and by doing a huge amount of tracing.

Of course, from early on, New Zealand began managing its borders very intensely. But then, it must be qualified that the borders were never really fully closed either, but there were very few people coming across the border anyway as they knew they all had to mandatorily go through a 14-day quarantine.

New Zealand is entering a new world now — the “post-elimination world”.  There is a growing number of countries already now in this elimination stage, which shut the borders early and have no more any cases. Unfortunately, India is not one of them. New Zealand plans to gradually open up to the rest of the world.

Quite obviously, India seriously erred on many counts. First and foremost, the lockdown should have been announced much earlier even as the first Covid-19 case appeared. Instead, we announced the lockdown only after President Trump began comprehending finally in America that Covid-19 was much more than a common flu.

Again, Kerala’s success story bears out that the lessons learnt at the time of the SARS epidemic are quite relevant. But, unfortunately, the rest of India and the central government were not convinced of it.

As India comes out of the lockdown with the government’s eyes on the economy, it emerges that there have been no tangible gains. The curve was not only not flattened but was still rising and once the restrictions were eased, the spike began accelerating. Arguably, the lockdown was eased when the curve was distinctly rising. As for the economy’s ‘revival’, the prognosis remains bleak. India, it seems, is losing at both ends.

This is while India is raring to resume international flights even before the pandemic has peaked. What could be the method in this madness, no one knows

It made no sense. Clearly, the lockdown didn’t help liven up the emaciated health infrastructure. The hospitals are already overburdened and patients are being turned away — and private hospitals have become blood suckers fleecing hapless patients, charging exorbitant money, while the central government stands by mutely watching.

Meanwhile, we are still weeks or months away from the epidemic’s high noon. In retrospect, what purpose the lockdown served remains a riddle, wrapped in a mystery inside an enigma.

Again, we followed Trump’s footfalls in deciding to ease our way out of the lockdown by sampling Hydroxychloroquine. Trump hasn’t said so, but he seems to believe in ‘herd immunity’. In America, this maverick idea may be aright but in the Indian conditions, it means that hundreds of millions of people must first contract Covid-19 before the virus begins its retreat.

COVID-19: Question of survivability of 1.4 billion Indians with no exit strategy

We could instead have chosen the path adopted by other Asian countries such as New Zealand and Vietnam, which put primacy on saving human lives, instead of blindly aping the West and its “complacent exceptionalism”. The real tragedy is that we had a wealth of experience in dealing with the SARS virus but we failed to take advantage of it.

By the way, despite such brilliant success, Ardern told reporters that “our borders remain our first line of defence as we aim not to import the virus.” She said frankly she has no timeframe for when she might lift those international travel restrictions. This is while India is raring to resume international flights even before the pandemic has peaked. What could be the method in this madness, no one knows.