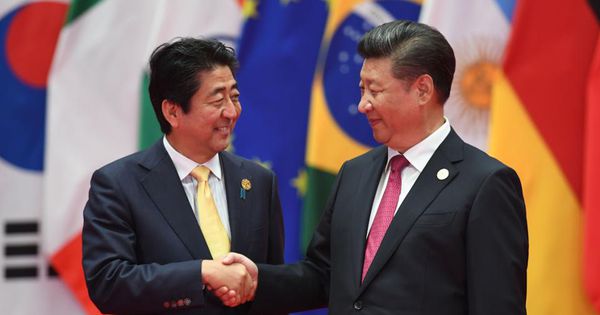 Russia has not been a significant beneficiary so far of the Chinese honeypot known as Belt and Road Initiative – although there is vast untapped potential to attract Chinese investments into Russia’s infrastructure and industry. Yet, no sooner than the invitations went out for the BRI Forum summit in Beijing (May 14-15), word came that President Vladimir Putin looked forward to attending the event.

Russia has similar concerns as India regarding BRI. Putin said at a roundtable in Beijing:

“It is important that all integration structures — both existing in Eurasia and newly formed — would rely on universal internationally recognized rules, and, of course, take into account the specific features of the national models of development of the participating states, act openly and transparently.”

Read more: OBOR: Has India lost its ticket to development?

PM Modi could have said much the same thing in Beijing. However, the bottom line is that Russia has total clarity as regards the historic significance of the BRI and here Putin was unequivocal:

All proposed projects correspond to modern development trends, and all these things are extremely necessary and highly demanded. That is why Russia supports ‘One Belt, One Road’ project and will actively participate in its implementation together with Chinese partners and, of course, with all other interested states.

A Voice of America report over the weekend mentioned that China has proposed an extension of the China-Pakistan Economic Corridor to Afghanistan and Central Asia.

Putin said that the creation of the economic development belt and organization of mutually beneficial trade between Asia and Europe seem to be an important initiative that takes into account the current trends in the world economy and also reflects the overall need for coordination of diverse integration processes on the Eurasian continent and in other regions of the world.

A major thrust of the BRI will be to connect China – Xinjiang, in particular – with the rest of Eurasia. And China’s New Silk Road originating from Xinjiang will run through regions that in modern history constituted Russia’s “sphere of influence” – especially, Central Asia. Curiously, a Voice of America report over the weekend mentioned that China has proposed an extension of the China-Pakistan Economic Corridor to Afghanistan and Central Asia, involving the construction of an expressway linking Peshawar to Kabul which will run northward from there to Kunduz on the Amu Darya near the Uzbek and Tajik border “and then deeper into Central Asia.”

The pundits in Moscow understand that the BRI is a geopolitical project. To quote Viktor Larin, Director of the Institute of History at the Russian Academy of Sciences, “I think that the One Belt, One Road initiative is a geopolitical project in the first place and only then an economic one.” Larin puts President Xi Jinping’s vision as a continuation of Deng Xiaoping’s policy of “openness” and Jiang Zemin’s motto “to go outside.”

“As China grows, it needs more markets, more raw materials. This is one and the same idea, which today received a new, rather successful form — the One Belt, One Road initiative.”
– Viktor Larin

Larin analyses that the core of Beijing’s geopolitical doctrine reflected in the BRI is a “peaceful international environment” that can be created through economic collaboration. In this respect, the Russian and Chinese foreign policies overlap. By the way, Russia ranks first in the list of countries that the government-owned China Daily compiled last week as the “most friendly” toward BRI.

Quintessentially, Russia does not suffer from India’s spirit of a keen sense of envy or rivalry toward China, and, secondly, Russia is not weighed down by the backlog of the US’ pivot strategy in Asia. Again, the sustained western attempts to create discord between Russia and China have not worked. The alchemy of the Sino-Russian alliance comes out clearly in the reports on Xi’s meeting with Putin.

Russia has taken in its stride the US’ U-turn to depute a delegation led by a senior White House official to attend the event in Beijing.

Xi used an extraordinary idiom for the first time at a meeting with Putin when he said yesterday that China and Russia “have played the role of ‘ballast stone’ in safeguarding regional and global peace and stability.” Now, ballast stone signifies heavy material used to make a ship steady – an anchor sheet. Xi’s usage of the forceful expression is hugely significant in the contemporary setting of the international order characterized by high volatility.

In sum, the Russian considerations are to attract investments under the BRI, inject fresh dynamism into the Eurasian Economic Union by integrating it with the BRI and to make up for the deficiencies of the SCO’s economic agenda that has failed to gain traction so far. It doesn’t mean Russia is walking into a debt trap. Nor does it mean that China can dictate BRI projects to Russia or dump its excess industrial capacity in Russia. But it is a pragmatic approach which becomes possible because Putin keeps the ‘big picture’ in view.

Read more: Is India cutting ‘off its nose to spite its face’ on OBOR?

Russia has taken in its stride the US’ U-turn to depute a delegation led by a senior White House official to attend the event in Beijing. It could anticipate the inevitability of Donald Trump concluding at some point early enough that his ‘America First’ plan and the high-powered engine for stimulating global economic growth that the BRI is would be a match made in heaven. And, most important, Russia had no doubt the China will enthusiastically welcome such a development.

Andrew Korybko - 17 April 2021
US President Biden's announcement that his country will initiate its full withdrawal from Afghanistan on 1 May and complete it by the twentieth anniversary of the...

Op-ed:Through trade and policy China is grasping its rule over its neighbors