How should the government determine lawmakers’ salaries?

Lawmakers in Pakistan are demanding their salaries be increased since inflation has badly hit their financial affairs. But the question is; should the lawmakers have a right to increase their own salaries? Analysts believe that the government should formulate a detailed policy in order to impartially determine the salaries of the lawmakers. 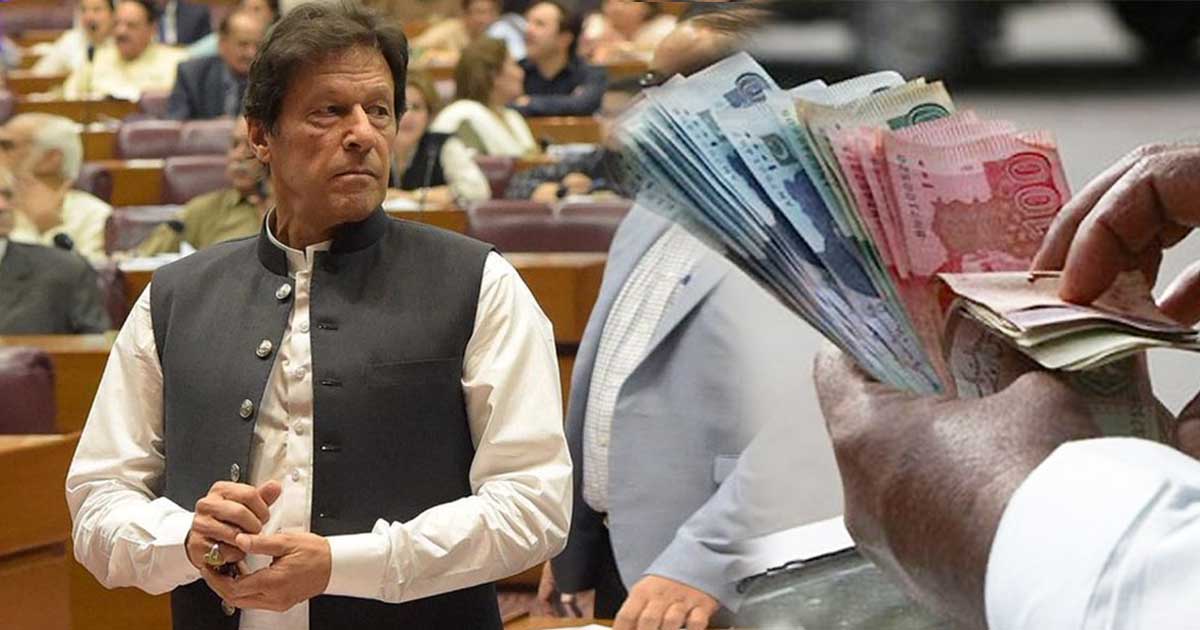 Pakistan’s Parliamentarians are considering to pass an amendment bill to increase their salaries. The intended bill has left the government divided. Some senators have openly admitted that they would support the bill. However, the government seems to be unhappy over the move.

The bill further seeks to increase the salaries of parliament members from Rs150,000 to Rs300,000. It also calls for the travel allowance of parliamentarians to be increased to cover the cost of business class air tickets and AC class train tickets.

Parliamentarians and bureaucrats want a pay hike of between 100 to 400% because… inflation has affected "the general public".https://t.co/jbEHzraKAL

The draft bill also seeks 25 business class tickets to be allocated for each lawmaker and for the option of these tickets being used by the members’ spouses and children to travel within the country to be available.

It is important to recall that the Punjab Assembly unanimously passed a bill which increased the salaries of the chief minister, speaker, deputy speaker, MNAs and MPAs to an incredible extent. According to the bill, the speaker’s monthly salary was increased from Rs37,000 to Rs200,000, while his deputy would receive Rs185,000 instead of Rs35,000. The MPAs, who used to earn Rs18,000, would earn Rs80,000 every month. CM Buzdar’s own salary was increased by Rs59,000.

Prime Minister Imran Khan not only advised the provincial assembly to take back their demand but also conveyed his displeasure to the Chief Minister.

While addressing a press conference, Special Assistant to the Prime Minister on Information and Broadcasting Dr Firdous Ashiq Awan on Saturday said that PTI was not in majority in the Senate but “will do everything in its power to make sure no injustice is done towards the public”.

Answering a question regarding the PTI’s chief whip tabling the bill on Monday, Dr Awan said that the party was united towards implementing the PM’s austerity drive. “If a member of the party is bringing up such a bill, he is doing it as an individual and the party does not support such measures.”

In a tweet on Sunday, Federal Minister for Planning, Development and Reforms Asad Umar said that he hoped that media reports regarding the bill were untrue. “In these circumstances, it is not at all reasonable that the country’s representatives receive an increase in their concessions,” he said, adding that if there is a margin in the treasury, it should be used to reduce the burden on the people.

How to determine the lawmakers’ salaries?

As a matter of fact, in both Pakistan and India, there is no transparent and independent watchdog to monitor salaries of lawmakers. In India, the Supreme Court recently termed the question of who has the authority to increase lawmakers’ salaries as a ‘moral and ethical’ issue.

Sanjay Kumar, Professor and Director of Centre for the Study of Developing Societies (CSDS), and Souradeep Banerjee, researcher with Lokniti, a research programme of CSDS, wrote an article in 2017 and offered a comparative analysis of the lawmakers’ salaries across the world.

Should MPs decide their own salaries? – The Hindu https://t.co/vceWNC7mvV

They identified that in Canada, a multiparty parliamentary committee called the Board of Internal Economy enjoys the right to revise salaries of MPs. In other advanced democracies such as the U.K. and Australia, the salaries of MPs are decided by an autonomous body called the Independent Parliamentary Standards Authority and the Remuneration Tribunal (set up by the Remuneration Tribunal Act, 1973), respectively. In a young democracy such as South Africa, salaries of lawmakers are decided by an autonomous body called the Independent Commission for the Remuneration of Public Office Bearers whose recommendations are subject to the final approval of the President. A newborn democracy like Bhutan also follows a similar practice according to which salaries are determined by an independent body.

In terms of how salaries are determined, Singapore provides a good case: salaries of lawmakers are decided by the Public Service Division located in the Prime Minister’s Office; the salaries are determined by a benchmark which is pegged to 60 percent of the median income of the top 1,000 Singapore citizen earners. Adhering to this formula, salaries of the MPs are pegged at 17.5 percent of the above-mentioned benchmark. Many other countries follow this practice. In both France and Japan, salaries of parliamentarians are decided in relation to the salaries of the highest-paid bureaucrats. Even in the U.S. Congress, salaries of senators are usually revised on an annual basis as part of an automatic adjustment process which reflects increase in living cost.

Analysts believe that the government should formulate a detailed policy in order to impartially determine the salaries of the lawmakers.