How the UN failed Rohingya? 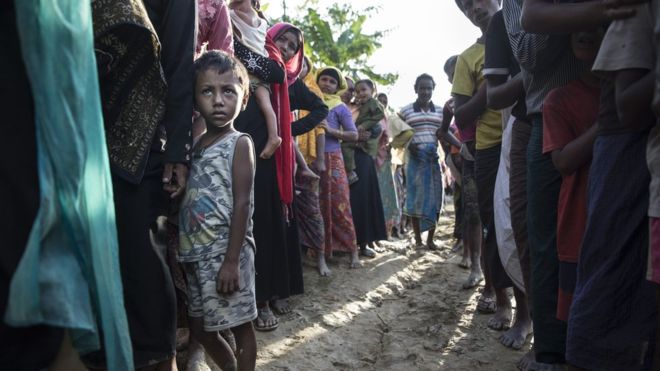 For many, the United Nations (UN) is an indispensable international organization ever created that operates at the core of the emerging global governance structure. The principal aim of the Body is to uphold international peace and security, with onus being vested on its Security Council. Nevertheless, its performance has been subjected to a plethora of criticisms and can essentially be judged in terms of the extent to which it has saved humanity from egregious military conflicts. The Rohingya crisis is one such illustration.

Despite frequent caveats of a solemn threat of genocide and ethnic cleansing, the UN and its member states failed Rohingya in appalling ways; snubbing evidence that crimes against humanity were devised, refusing to act once they were under way, and eventually deserting the Rohingya people when they most needed protection. The UN conveniently turned a blind eye to what was happening.

Notwithstanding some indisputable triumphs of peacekeeping missions in Mozambique and El Salvador, and peace building in East Timor, the UN’s standing has severely been impaired by its failure to thwart colossal butcheries in Rwanda, Bosnia – and now Myanmar.

By any measure, the treatment of Rohingya Muslim community in Myanmar was gruesome. Effectively denied citizenship, methodically oppressed and largely ghettoized from the mainstream Buddhist populace, the UN labeled them ‘the World’s most persecuted minority’, exposed to routine bouts of concerted violence.

While the intense dehumanization campaign versus the Rohingya had been ongoing for decades, the incidents explicitly took a palpable turn towards their widespread annihilation on 25 August 2017, when Myanmar’s military began an unprecedented and brutal campaign of pogrom. What was portrayed, as ‘clearance operations’ of terrorists by the military, was, in fact, a massive ‘scorched-earth’ policy designed to drive an entire group out of the country.

And now, the reality of an exodus of as many as 700,000 people into neighboring Bangladesh represent a catastrophic humanitarian crisis. The Rohingya’s plight resonates with the situation Kosovars experienced in the late 90s. At that time, their situation was acknowledged by the Clinton administration as genocide under construction, a humanitarian emergency, and intervened militarily against the Yugoslav government on behalf of Kosovars.

Ultimately, Slobodan Milosevic of Serbia settled for a resolution, which substituted Yugoslav and Serb militaries with international peacekeepers, and most Kosovar refugees returned home. The Rohingya’s predicament, however, faces even bleaker odds. The Trump administration simply has no intent to intervene on anyone’s behalf on humanitarian grounds. Human rights figure rather low on this administration’s priorities, let alone the human rights of an oppressed Muslim community! The tragedy is that without a solid push from the United States, the UN generally shies away from an efficient humanitarian intervention.

Myanmar’s military into ending the assault which has spawned some 700,000 refugees, the UN session produced no more than the usual clichés – words of anger but no unified assertion.

In 2005, UN and its member states collectively sanctioned ‘Responsibility to Protect (R2P), a doctrine of global political commitment to avert large-scale massacre, including its provocation, through appropriate and necessary measures. R2P’s core tenant decrees every sovereign state an obligation to safeguard its inhabitants from mass atrocities, and the duty may fall to the wider international community, in accordance with Chapters VI and VIII of the UN Charter, ‘should peaceful means be inadequate and national authorities manifestly fail to protect their populations from genocide, war crimes, ethnic cleansing and crimes against humanity’.

Equally, Article II of UN’s 1948 Genocide Convention assigns five criteria, any one of which, when ‘committed with intent to destroy, in whole or in part, a national, ethnical, racial or religious group’, as genocide. With an apparent and often explicit purpose of obliterating the Rohingya community, Myanmar’s military have callously applied most of these acts with impunity, but sadly, the UN has bungled to invoke its much-trumpeted R2P.

For years, radical Buddhist monks in Myanmar have been propagating that the Rohingya are reincarnated from insects and snakes, and slaying them would not be a crime against humanity – but more like pest control. The same was the case in Rwanda. The Hutu tribal propaganda went on for years, referring to the Tutsis as cockroaches, and a mortal threat to the Hutus, which needed to be eradicated, lest the Hutus themselves would perish. The frenzied slaughter that ensued cost the lives of some 800,000 Tutsis and Hutus with millions displaced and becoming refugees.

In its report to the Security Council, the UN’s Commission of Experts defines ethnic cleansing as ‘rendering an area ethnically homogeneous by using force or intimidation to remove persons of given groups from the area’. Additionally, Human Rights Watch and Amnesty International reports have documented harrowing tales of horrific violations against the Rohingya by Myanmar’s military that are believed to be ethnic cleansing and crimes against humanity.

Human rights figure rather low on this administration’s priorities, let alone the human rights of an oppressed Muslim community! The tragedy is that without a solid push from the United States, the UN generally shies away from an efficient humanitarian intervention.

These reports recognize the systematic use of mass rapes of women and girls as a ‘weapon of war’ and establish how children and adults had their throats slit in front of their loved ones; how people were shut in their homes and burnt alive; how gunships randomly sprayed entire hamlets with gunfire and carried out extrajudicial executions of teachers, elders and community leaders. The reports detail meticulous destruction of harvests and torching of villages to force the whole community out of their ancestral homes; and people attempting to flee gunned down in their ferries.

The incessant account of such extensive savageries led the UN’s top human rights official accuse Myanmar of carrying out ‘a textbook example of ethnic cleansing’. In spite of ghastly abuses, the irony is that the broader international community and UN have pitifully flopped to take timely notice of the calamity. If the Organization defines the situation as ‘genocide’ and ‘a textbook example of ethnic cleansing’, then it becomes legally and ethically bound to intervene, at least with peacekeeping missions.

Yet, the UN Security Council’s response fell miserably short of what was required. Instead of complete arms ban, which could have sent a stronger message to pressure Myanmar’s military into ending the assault which has spawned some 700,000 refugees, the UN session produced no more than the usual clichés – words of anger but no unified assertion. A Security Council that cannot prevent genocide, ethnic cleansing and crimes against humanity is inept for its purpose.

Notwithstanding some indisputable triumphs of peacekeeping missions in Mozambique and El Salvador, and peace building in East Timor, the UN’s standing has severely been impaired by its failure to thwart colossal butcheries in Rwanda, Bosnia – and now Myanmar.

The writer is a London based Chartered Accountant who recently concluded Master’s in International Political Economy at King’s College London and International Relations from the University of Surrey. Tweets @hammadzamurrad. The views expressed in this article are the author’s own and do not necessarily reflect Global Village Space’s editorial policy.