A viral video showed that a celebrity holds the health care staff responsible for her relative’s death. The celebrity named and shamed the system. Certainly, there is distrust of the health system among the population. 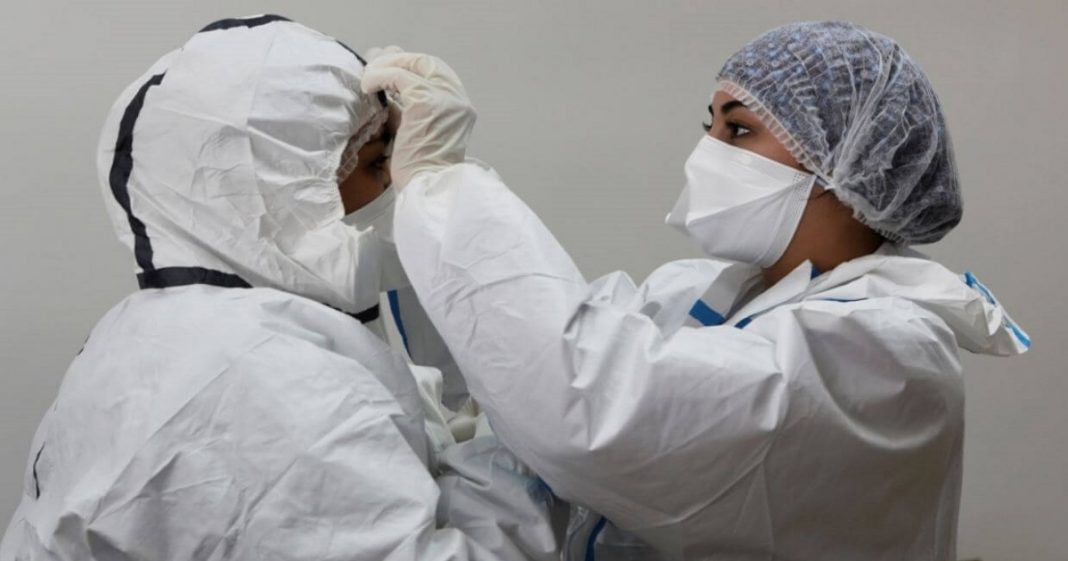 There has been a video circulating over social media whereby a celebrity holds the health care staff responsible for her relative’s death. The comments under the video depicted a common trend, a trend full of distrust of the health system. This situation is very alarming, as I believe, this denotes the first step in the uprooting of a system.

This video is one of the many posts that we come across very frequently that depict the health system as a wrecked system good for nothing. Our health care system, like many other systems of a developing country, is still at a very primitive level when compared to the developed countries but we have to remember that despite all the shortcomings, and lack of facilities and modern training this system has at least tried its best in providing services to a population that is far more than the managing capacity of this system.

Why is there mistrust in the health system?

The general distrust prevalent among the population is alarming and it is creeping into the minds of the population at a much faster rate. Critically thinking, this confidence of the public in the health system has been undermined by a multitude of factors. However, the strongest factor in creating and promulgating this distrust has been the non-professional and irresponsible attitude of the politicians and bureaucracy.

The barging in of the politicians and the bureaucracy into the hospitals and portraying the health care workers as incompetent and skivers has deeply undermined the confidence of the general public in the quality of care. In revitalizing any organization, the government always has a dual role to play; first to improve the system and second, but equally important, to restore the confidence of the public in the system and this government is, probably, trying as well but, unfortunately, their own political workers and parliamentarians are apparently creating hindrance here.

The government has to realize this and needs to create awareness in its own team that the health care providers are the members of the government’s team and without supporting them and showing them respect the government can’t achieve the desired goals.

The second important factor in my view is the poor communication of the facts to the patient and families. Health care workers need to understand the importance of communication, as inappropriate communication can lead to misinformation, confusion, and frustration. We need to understand that the patients are people with all sorts of thoughts going through their minds, many questions arising in their minds with a spectrum ranging from social issues to health issues and it is our responsibility to answer those questions with the best possible answers while showing the highest levels of empathy.

Most patients would have had their reasonable judging and weighing capacity compromised by their disease and any inadequate information will lead to frustration. And it is this frustration that is reflected in the replies of the public on such social media posts.

What should be done?

The health care providers (HCP) need to realize that they are a part of the government’s team in providing the standard of care and, therefore, their role should be supportive as any antagonistic approach will lead the team to anywhere but their objectives. They should understand their role and play their part in the team as any egoistic approach of the team members undermines the objectives of the team and the team never succeeds in achieving its goals. In a team, everyone has to play their role and any attempt to take over someone else’s role is counterproductive. Policymaking should be left to those who have been assigned this role, and implementation should be with those who are there for it.

The government, on the other hand, has to realize that the second pillar of leadership following the implantation of change is to create a positive environment for the HCPs where they can develop and progress. Unfortunately, the training system of Pakistan needs a lot of changes to bring it up to international standards. Despite being there for almost 50 years, we have not yet concluded the exact value of the Fellowship of the College of Physicians and Surgeons Pakistan.

The degree says that the holder can practice as a Consultant but the senior doctors are adamant that having an FCPS doesn’t qualify someone to practice as a consultant and they need more experience, the duration of which is yet to be defined, to be able to work independently as a consultant. But I am surprised to know that despite having a consensus on this issue no senior has ever bothered to raise this issue at the college or the PMDC level. If there are any concerns of the seniors on the duration and quality of training during the defined period, this should have been raised at an appropriate forum.

The third angle to complete this challenging picture is the public, or, more precisely, the public’s attitude towards the institution. The public has to realize that the HCPs are trying their best in the given circumstances and with the resources available to provide them the desired level of care. Indeed there are deficiencies in the system like we have in other institutions, but that doesn’t mean that the public should start thinking negatively of everyone working there.

The health care system is one of the many systems of the same country and it needs uplifting but the public needs to show a degree of discipline and respect for the workers there. There are defined complaint systems and legal ways to raise concerns and issues and they should be followed. There are some genuine concerning issues in the health system and they should be raised but making videos, and writing and unknowingly sharing stories on social media doesn’t do any good to the individual or the system.

The issues should be raised in a legal way and handled in a mature way while ensuring that the good professionals working in the system are not harmed. Although there are many other debatable factors as well yet, I think, they are beyond the level of description here. Unless all the three groups, Government, HCPs, and the public, realize their roles and start owning this system we are not going to bring about any change.

Zeeshan Ahmed is a doctor with over 10 years of professional experience nationally and internationally. The views expressed in this article are the author’s own and do not necessarily reflect Global Village Space’s editorial policy.

“Are the Rest Not Human”? Asks Chairman NAB after Nawaz’s Departure