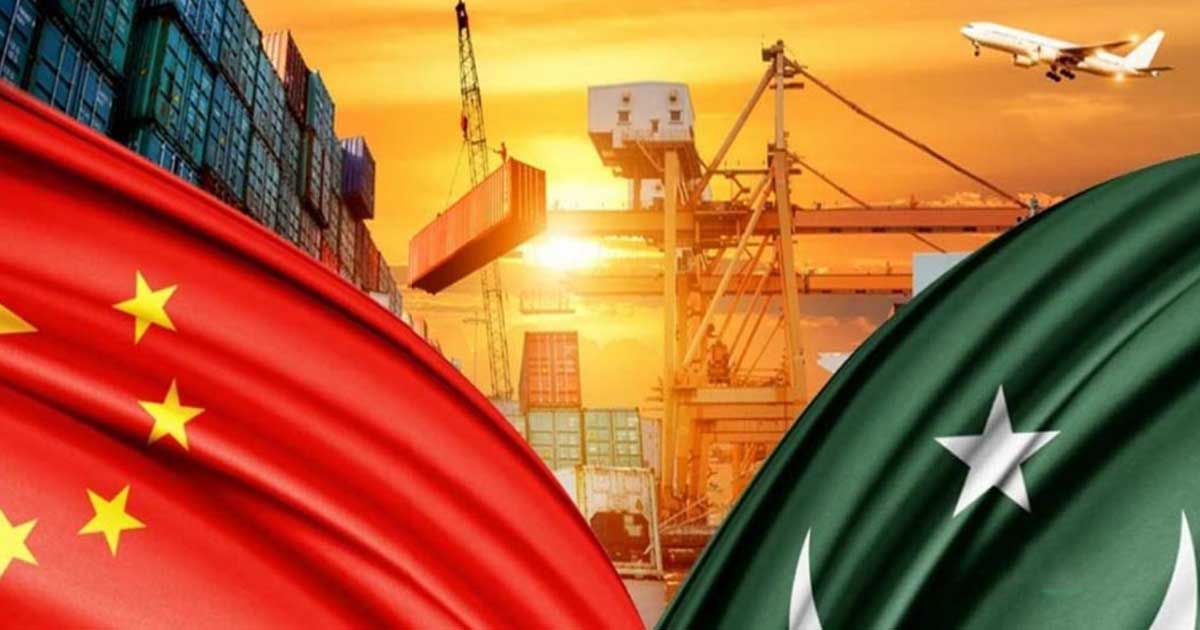 According to leading economists of the country, Pakistan needs 10 percent economic growth to prosper and to provide employment to its growing young population. Japan, despite a great loss of resources during the Second World War, was able to stand back and become the second-largest economy in the world in just 23 years.

However, the economic momentum was lost as soon the focus on industrialization was lost and nationalization took a heavy toll on the creation of new industries, even though Pakistan has more resources than Japan.

CPEC Phase II aims to re-industrialize Pakistan. In phase II, new industries will be set up in 12 SEZs. This reindustrialization will boost economic activity and bring prosperity. The resultant wealth creation and job creation will not only improve GDP Per Capita but will also improve the tax collection that will help in the provision of basic services. The country can make most of the CPEC II by taking steps in governance, education, and the energy sector.

CPEC will bring prosperity because the country will be industrialized through Special Economic Zones (SEZs). 12 SEZs have been planned across the country. The SEZ will provide a number of facilities and incentives for investors that will bring investments. These facilities include infrastructure development, tax exemptions, provision of uninterrupted and affordable gas and electricity. Steps have been taken for speedy approval of businesses. Three of those SEZs have been prioritized and are under development.

The prioritized SEZs launched by CPEC have attracted huge attention. For Dhabeji SEZs, half of the total 1500 acre land has been booked. Dhabeji will create 75,000 jobs and bring $3b investment by 2025. Chairman CPEC Authority Gen R. Asim Bajwa said ‘this SEZ has attracted a lot of local and international investors due to its proximity to the sea and airport. Rashakai SEZ is being marketed and developed by China. This SEZ will bring $1b in investment while creating 50,000 jobs by 2030.

Allama Iqbal Industrial City (AIIC) will create 300,000 jobs and bring $5b investment. It will allow relocation of Chinese industries as China is running out of cheap labor; this provides Pakistan a great opportunity. In M3 city, 30 companies have already invested Rs. One billion, said Mian Kashif, Chairman of Faisalabad Industrial Estate Development and Management Company (FIEDMC).

One of the major projects is the Main Line One (ML1), a railway project that will revolutionize Pakistan Railways. The project is set to bring a $7.2b investment. It will help improve the freight system. Roads will be less burdened for transport services. Travel will become safe, secure, and fast. Optical fiber is also being laid; moreover, 5G will also be introduced by the end of 2021. This will help boost economic activity in the tech sector.

The Second Phase of CPEC will improve regional connectivity. Under CPEC II ports will be upgraded to handle more shipments. Gwadar will get 120 berths as compared to the current 3 berths at Gwadar and 33 berths present at Karachi Port. This is an expansion without precedent and without parallel in the region. Like Gwadar, Karachi Port will also be modernized. A port at Keti Bandar in District Sujawal, Sindh has also been proposed. These ports will provide China an alternate route to the highly contested Strait of Malacca.

Pakistan’s sophisticated motorway infrastructure will be connected to Central Asia, Afghanistan, and Iran. Railway lines to link Pakistan with these regions are also under study according to Minister of Railway Mr. Azam Swati. Thanks to Afghan peace and forecasted sanctions relief on Iran, CPEC will get partners in the region.

History made; Commercial launch of Rashakai SEZ. Phase-2 of CPEC includes industrialisation through establishing export oriented SEZs. A special training of workers being started as per specific industry needs,in 3 tech institutes in the vicinity of Rashakai. #CPECMakingProgress pic.twitter.com/zCrpdO9mHA

The energy corridor under CPEC II will help resolve the energy crisis of Pakistan. Iran and countries in central Asia have energy resources in abundance. A series of energy projects such as gas pipelines can be initiated. Some projects that are on the backburner such as Central Asia South Asia (CASA), Turkmenistan, Afghanistan, Pakistan and India Pipeline (TAPI), and Pak-Iran Gas Pipeline will be revived. These projects will not only resolve energy issues for industrial but also for domestic users.

Industrial and business activity will drive wealth creation and employment. This in turn will be beneficial for the budget. Tax collection will soar up. The government would be able to spend funds on the development and provision of basic services for the citizens. More money could be spent on health, education, and the environment.

Spending on development will drive more economic activity as CPEC II promises to bring long-sought prosperity to Pakistan. However, few things have to be done to make the most of this opportunity.

Agriculture and livestock are under the radar of CPEC II. Investments are being sought from China in this sector. Chinese investors will not only bring capital but also technology that will boost the productivity of the sector. It is aimed that livestock’s productivity will be doubled and the country will be able to export meat, milk, and skins to other countries. Focus on agriculture will ensure food security for the people of this country.

What Pakistan needs to do

Pakistan can amplify the benefits of CPEC II by taking the following steps. It must resolve the energy crisis as soon as possible. High tariffs and shortages in Summer can hinder industrial production. It needs to direct investments towards indigenous coal while making it environment-friendly using liquefaction technology.

The country has introduced its energy policy that aims to shift 30 percent of the fuel mix to renewables by 2030. To achieve this target, the government must remodel the CPEC as China Pakistan Green Economic Corridor. This will help focus the attention to build green areas, rely on renewables, and minimize carbon footprint in CPEC projects. Countries must also take steps to tackle gas shortages by securing Chinese investment in gas pipeline projects.

Businesses must be facilitated. They face most issues in the registration of the business, and utility and tax services. There should be one window online operation for the approval of all these services. The payment of the registration should be online. Pakistan currently stands at 108th in the Ease of Doing Business Index. With these measures, the country can position itself well.

This could be done through digitization of the governance. The government will have to automate the registration system, build a database of lands and businesses through NADRA and SECP and use artificial intelligence to improve decision making. Blockchain, a technology that stores data on multiple servers, should be made an integral part of the government data structures. This will make sure that no one is able to manipulate the system.

Digitizing payments is another crucial step to push the e-commerce and tech sector. The country needs to smooth ground for international digital payments such as Paypal, the most widely used payment gateway. To increase its internet penetration, the country should incentivize coverage expansion. Telecom companies should be emphasized to promote the internet in far-flung areas. Cutting tax on internet services can be one of the measures.

Loan facility and technical support are vital assets for small and medium enterprises. Small and medium enterprises can become unicorns as they can build silicon valleys. Government must ensure that there are easier loan facilities available for SMEs and startups by partnering with banks. It must establish incubation centers in top public sector universities. Receiving 2M applications for the first phase of Kamyab Jawan shows that the youth is eager to open their businesses.

The country is set to industrialize, however, there is little money spent on research and development (R&D). Pakistani firms on average spend less than 0.01 percent of their sales on R&D, on the other hand, US firms spend on average 20% of their sales on it. No wonder why the US remains the largest economy in the world.

Universities and firms need to develop mechanisms to match the research. Most of the research done by university students is based on useless topics. The industry must tell what is needed to be researched. Diversification of exports and value addition in production must be one of the most promoted areas of the research. The responsibility to compete with the world, here, lies on the shoulders of the businesses.

Read more: Can Chinese President Xi bring $100 billion of investment on his upcoming visit to Pakistan?

Is Pakistan ready for this new phase?

Finally, education and training remain indispensable to make the most of the industrialization under CPEC II. Relocation of plants from China is derived from their search for cheap and skilled labor. If Pakistan is not able to provide trained labor to these firms, the whole scheme will fail.

China became the world’s manufacturing hub by giving skills to the youth. It should be the most urgent responsibility of the governments to spend all energies and funds to provide education to the children and vocational training to the youth.

How did Japan become a developed country? It was due to education; the Meiji Japan Revolution made education mandatory for every citizen. Pakistan can become as prosperous as China and Japan if it is able to prioritize education.

Fahad Aziz Taherani is the Coordinating Editor at Global Village Space (GVS) News Publication. He has a keen interest in Central Superior Services of Pakistan. The views expressed in this article are the writer’s own and do necessarily reflect the editorial policy of Global Village Space.

A Vision of Trump’s Middle East: Back to the Future

War in Libya and Syria getting out of control!

Op-ed: UN should grant ‘some status’ and declare India a rogue state