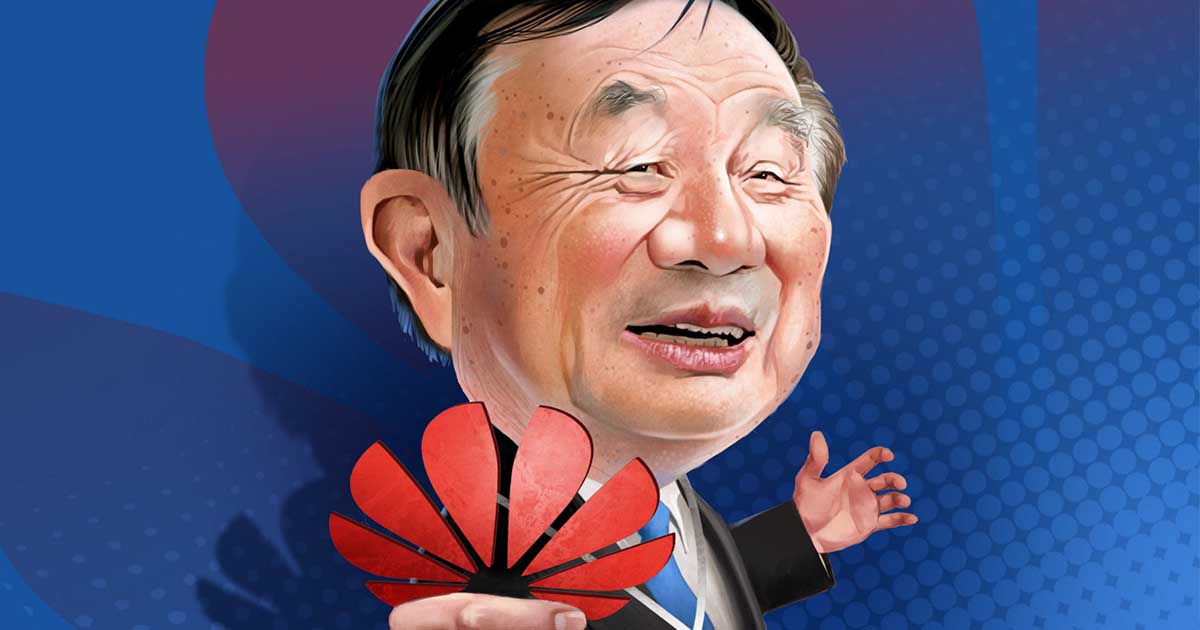 Ren spoke to Chinese media days after President Donald Trump issued orders aimed at thwarting Huawei’s business in the United States, the latest salvo in a months-long effort to stop the company’s charge to the top of the leaderboard in next-generation 5G technology.

Ren Zhengfei said he doesn't worry about her daughter's future, adding she is optimistic & learning 5 or 6 subjects by herself. She is always busy (during her #housearrest in #Canada) and might become “a Doc. in prison" someday, Ren teased in an interview with @CCTV.@nationalpost pic.twitter.com/8wvmrM5ieY— National Business Daily (@NBDPress) May 21, 2019

“The current practice of US politicians underestimates our strength,” Ren said, according to transcripts from state-run media. “Huawei’s 5G will absolutely not be affected. In terms of 5G technologies, others won’t be able to catch up with Huawei in two or three years,” he said.

Last week, Trump declared a “national emergency” empowering him to blacklist companies seen as “an unacceptable risk to the national security of the United States” — a move analysts said was clearly aimed at Huawei. At the same time, the US Commerce Department announced an effective ban on American companies selling or transferring US technology to Huawei.

US internet giant Google, whose Android mobile operating system powers most of the world’s smartphones, said this week it was beginning to cut ties with Huawei in light of the ban. The move could have dramatic implications for Huawei smartphone users, as the telecoms giant will no longer have access to Google’s proprietary services — which include the Gmail and Google Maps apps — a source close to the matter told AFP.

Huawei is a commercial company, and the use of its products is a choice for consumers based on their likes and should not be linked to politics: Ren Zhengfei https://t.co/kwwrW1VH3v pic.twitter.com/4e9TSlLlSM— China Xinhua News (@XHNews) May 21, 2019

But the Commerce Department on Monday issued a 90-day reprieve on the ban on the transfer of technology by allowing temporary licences. “The US 90-day temporary licence does not have much impact on us, we are ready,” Ren said. Huawei has sought to ease customers’ concerns over the Google announcement.

Ren said Huawei and Google are discussing how to respond to the ban, calling the US firm a “highly responsible company”. A company spokesman in Australia said the US actions “will not impact consumers” with a Huawei tablet or smartphone in the country, or those planning to buy a device in the future.

The US Commerce Department announced an effective ban on American companies selling or transferring US technology to Huawei.

As for Huawei’s access to key components, Ren said half of chips used in the company’s equipment come from the United States and the other half it makes itself. “We cannot be isolated from the world,” Ren said.

“We can also make the same chips as the US chips, but it doesn’t mean we won’t buy them,” he said. He denied reports that German chipmaker Infineon has halted shipments to Huawei. But analysts say the ban threatens the company’s very survival as it heavily relies on US components.

“If the ban continues, Huawei will be damaged for sure, particularly in smartphones but also in the data center and networking markets,” said Patrick Moorhead of Moor Insights & Strategy.

Read more: Huawei: Fears in the West are misplaced and could backfire in…

Ask Trump, not me

The Huawei confrontation has been building for years, as the company has raced to a huge advantage over rivals in next-generation 5G mobile technology. US intelligence believes Huawei is backed by the Chinese military and that its equipment could provide Beijing’s intelligence services with a backdoor into the communications networks of rival countries.

A company spokesman in Australia said the US actions “will not impact consumers” with a Huawei tablet or smartphone in the country.

For that reason, Washington has pushed its closest allies to reject Huawei technology, a significant challenge given the few alternatives for 5G. While Australia has also banned Huawei from its 5G plans, the US has struggled to sway some countries, with Britain having reportedly approved a limited role for the Chinese company to help build a 5G network in the country.

Canada has been dragged into the battle. Its arrest of Ren’s daughter, Huawei chief financial officer Meng Wanzhou, in December on a US extradition bid linked to Iran sanctions violations was followed by the arrest in China of two Canadians, including a former diplomat.

“We sacrificed ourselves and families because we have a goal. In order to stand on the world’s summit, for this goal, there will be conflicts with the US sooner or later,” Ren said. In an interview with China Central Television and National Post, Ren Zhengfei stressed that he is not worried about his daughter’s future, who is on house arrest in Canada.

The Huawei confrontation has been building for years, as the company has raced to a huge advantage over rivals in next-generation 5G mobile technology.

Making light of the situation, he added, “She is optimistic and learning 5 or 6 subjects by herself. She is always busy, and might become a doctor in prison someday”. The battle over Huawei has added to tensions in a trade war that has escalated between the world’s top two economies, with both sides exchanging steep increases in tariffs as negotiations have faltered.

Read more: China vs US: Huawei cannot use Google anymore

China’s envoy to the European Union, Zhang Ming, called the move against Huawei “wrong behaviour”, adding “there will be a necessary response”. Asked how long Huawei may face difficult times, Ren said: “You may need to ask Trump about this question, not me.”