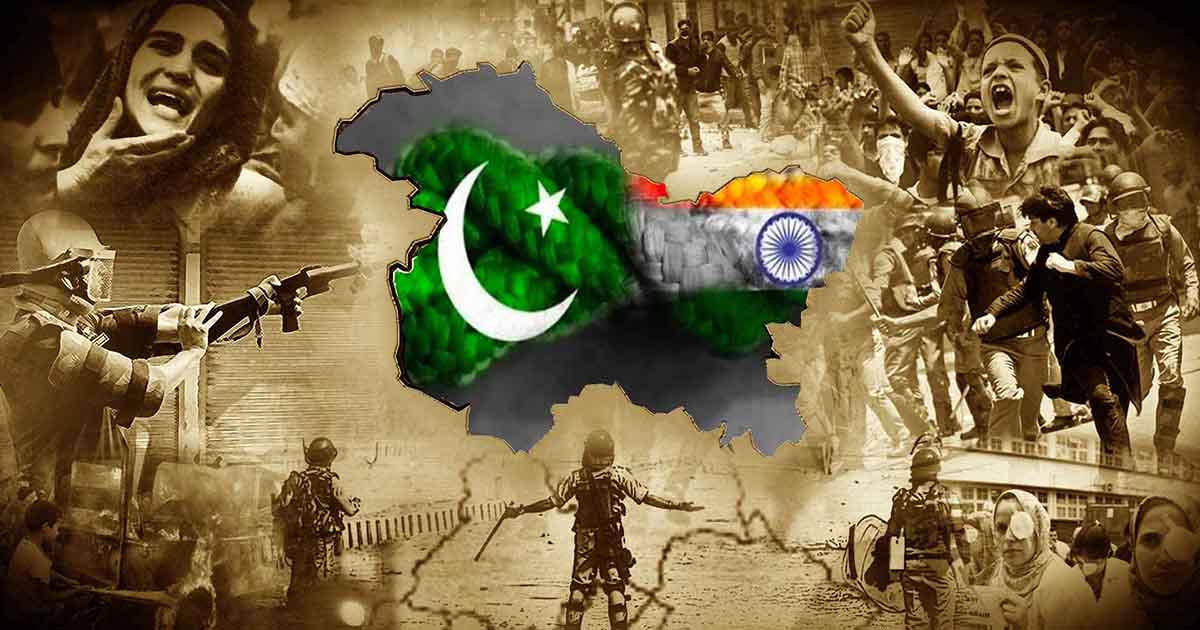 As the Indian oppression in the valley of Kashmir continues to target Muslims, the Foreign Office on Thursday warned of impending humanitarian crisis. The office has made it clear that as the curfew and communications blackout in the Valley entered its 19th day, there are chances that it may lead to a serious humanitarian crisis which may create further instability in the region.

Several media outlets have reported that more than 4,000 Kashmir leaders, youth and innocent children have been detained under the false pretexts of maintaining public order. Rights groups and international community have urged India not to let the crisis exacerbate.

“The region is awaiting a looming humanitarian crisis as there is a shortage of food and medicines, which risks lives of the people, especially elderly, women and children,” Foreign Office Spokesman Dr Muhammad Faisal said at the weekly media briefing.

A few days ago, the Organization of Islamic Cooperation (OIC) has strongly condemned the ongoing security clampdown, communications blockade and denial of religious freedoms to Kashmiris in Indian-occupied Kashmir (IOK).

Since there are no landline or cellular facilities available to the people of Kashmir therefore lack of information is keeping them ignorant of their surroundings. “We cannot imagine the psychological and physical trauma through which the Kashmiris are going, as decisions regarding their fate are being taken and they are denied access to any sort of information,” Dr Faisal said.

The 14 million population of occupied Kashmir besieged in “the largest prison in the history of mankind” were facing a “famine-like situation”, he warned. The spokesman called on the international community to “take cognizance of the continuing blatant human rights violations by Indian authorities” in occupied Kashmir and save the people there.

It is important to note that a United Nations report accused India of human rights violations in occupied Kashmir and has called for the formation of a commission of inquiry into the allegations.

A 43-page report released by the Office of the United Nations High Commissioner for Human Rights (OHCHR) said the Muslim-majority region of Kashmir is claimed in full by both India and Pakistan, who have fought two wars so far over the Himalayan territory.

The UN report says the heightened tensions in Kashmir following the February suicide bombing, killing Indian soldiers, continues to have a severe effect on the human rights of civilians, including the right to life.

According to the Jammu and Kashmir Coalition of Civil Society (JKCCS), 586 people, including 160 civilians, 267 rebels and 159 Indian security personnel were killed last year – the highest since 2008.

Recently, Amnesty International has said the Indian government is widely misusing a law allowing for detention without trial in Occupied Kashmir. The human rights organizations have been repeatedly saying that India is violating international law and targeting civilian population across the India occupied Kashmir.

The head of Amnesty International India Aakar Patel said the Public Safety Act is a “lawless law” under which the authorities hold children, old people and the disabled. He said this act is contributing to inflaming tensions between the state authorities and local populace and must be immediately repealed.

The international community must wake up and listen to the grievances of vulnerable Muslim community living in Kashmir under constant fear and violence being committed by the Indian armed forces.

According to the statement, the Public Safety Act circumvents the criminal justice system in Kashmir to undermine accountability, transparency and respect for human rights. It said, the text of the PSA violates several of India’s obligations under international human rights law, including respecting detainees’ fair trial rights.

A few days ago, the Organization of Islamic Cooperation (OIC) has strongly condemned the “ongoing security clampdown, communications blockade and denial of religious freedoms to Kashmiris in Indian-occupied Kashmir (IOK).” The statement of the OIC came after Pakistan’s foreign office repeatedly contacted the organization and urged it to do the needful. OIC has also asked India to immediately end curfew and violations of human rights in the valley of Kashmir.

According to a statement, the OIC’s Independent Permanent Human Rights Commission: “Local and international media have widely reported the fact that Kashmiris were prevented from offering the congregational Eid prayers at Srinagar’s historical Jama Masjid and other mosques for fear of protests against the government.”

Since nobody is allowed to come out of their homes in IOK, it has worried and deeply concerned the OIC. The commission added: “These arbitrary and unjustified administrative measures have prevented Kashmiris from performing their religious rites, a blatant violation of the right to freedom of religion, which includes the right to manifest one’s religion in teaching, practice, worship and observance, guaranteed in Article 18 of the Universal Declaration of Human Rights and International Covenant on Civil and Political Rights, the Declaration on the Elimination of All Forms of Intolerance and of Discrimination Based on Religion or Belief and other international human rights instruments.”

India is committing war crimes in Kashmir. The international community must wake up and listen to the grievances of vulnerable Muslim community living in Kashmir under constant fear and violence being committed by the Indian armed forces.