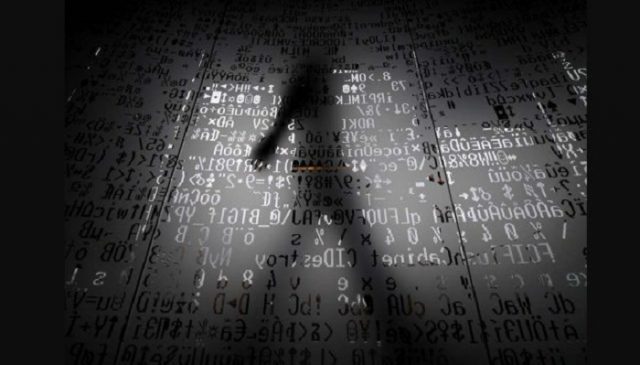 While a globalized world was a cherished goal to bring people together, globalization is increasingly used by one or the other country or group of countries to dominate the rest of the world by a violent process. Looking around we see wars in Syria, Iraq, Afghanistan, and Yemen where the powers that be are trying to bend the power game towards themselves. Conventional wars are now more often not supplemented by ‘hybrid wars’ that are now engulfing the world.

The Hybrid warfare strategy employs economic, political and diplomatic tools like sanctions and interference in the political process of a country, blends the conventional warfare, irregular and warfare by arming opposition groups and cyber warfare as well using other methods, such as fake news, distorted news, social media and subversive acts of intelligence services.

These tools of hybrid warfare that combine different spheres of influence –that have become possible in the wake of technological development– are used in combination with each other applied simultaneously and adapted to the given situation in time and space. What seems especially dangerous for a country like Pakistan is the fact that terrorism has been utilized as an element of this kind of warfare.

Pakistan’s decision to wind up our involvement with terrorism and the support for peace initiatives in Afghanistan has opened new vistas for better relations with the international community and in the region.

It is common knowledge that Osama bin Laden was an instrument of the west against the Soviets before he and his group went out of hand and created the monster of al Qaida. It is common knowledge that the US intervention in Iraq – based on false news that toppled Saddam Hussain and his Sunni-dominated army– created ISIS to counter Shia militants by utilizing the dismembered Sunni officer pool of the former Iraqi army.

Hidden interference as a method of warfare is not a new development. It has lately got momentum by new technologies like social media, big data collection through the internet and the resulting profiling of user inclinations – not only consumption-related but political profiling as well. Pakistan has been in the middle of hybrid warfare since 1980 but so far it seems that we have not been able to develop a consistent strategy to counter this situation.

The reasons for this are different; the foremost is the inclination in the subcontinent to believe in rumors and stories rather than apply rational mind, this is coupled with lack of awareness not only in all sections of public life but also public institutions of critical importance like the State Bank of Pakistan (SBP), Ministries of Finance and Foreign Affairs, etc.

Pakistan’s decision to wind up our involvement with terrorism and the support for peace initiatives in Afghanistan has opened new vistas for better relations with the international community and in the region. This is a positive development but it doesn’t eliminate the threats of hybrid warfare that are not only persisting but even increasing. That is why there is a dire need to develop a consistent strategy to counter hybrid warfare attacks on Pakistan. How to achieve this?

There is an obvious need to create awareness about the fact of hybrid warfare among the population and the state institutions of Pakistan. This kind of warfare is not fought by the army or the security forces alone, but it needs the awareness and action of all of us. For that, there is a need to create or restore trust in the government and the media that have to emanate true information. Lies and provocations have to be exposed and punished immediately.

The economy remains a trump card in combatting hybrid warfare; first and foremost, it is imperative to overcome the economic constraints of the country.

This response must be delivered with speed and strength. But a basic need for that is trust in the own government, security services, and military and the currently existing trust deficit needs to be overcome. There is a need to explain to the public that the enemy is not only morally depraved but absolutely ruthless and that one should not try to make a deal for personal gains with him.

Critical weapons of hybrid warfare include “Media and Information Warfare. Control and manipulation of the information available to the civilian populace on both electronic and print media include command and control, intelligence-based electronic and psychological warfare. The ‘media reality’ dominates influence over conventional reality by creating a public perception, especially in political life. A number of media celebrities are, wittingly or otherwise, furthering the enemy cause.

They have been bought over, body and soul. The enemy has been using not only its own but also ours to influence persons (bribe, compromise, coax or threaten) to achieve its designs. In the name of freedom of information, there is a license to say anything against the State and its institutions. Moreover, the Mobile telephone companies (TELCOs) need to be better regulated and monitored by the PTA and other state agencies.

Giving permission to open banks was a dangerous initiative. A great majority of the rank and file are patriotic, are the Chief Managers loyal to the country or to their foreign bosses who pay enormous salaries and powers for their loyalties? What is the guarantee that all our data is on servers located in enemy countries?

Most of the speakers at the “Adab Literary Festival” that took place in Karachi recently spoke less about literature but mostly against the State and its institutions with no rebuttal heard from official side. Information, fake or otherwise, home-grown or imported, will have no impact unless it is accepted as fact by the masses accomplished by the timely provision of information and critical thinking; these are the antidote to “fake news and hostile propaganda.” The government should work to enhance online digital platforms that are not only monitored but ‘efficient and credible” to ensure timely provision of information for consumption by the masses and interest groups.

When the nature of the game changes in such a fast and aggressive manner, what has to be done is to adapt to the new rules to avoid isolation, demoralization and eventual loss. Strong leadership and institutional harmony valid for substantially enhanced civil-military cooperation is the need of the time, today more than ever before. The economy remains a trump card in combatting hybrid warfare; first and foremost, it is imperative to overcome the economic constraints of the country.

It is not good enough for military leadership only to acknowledge the presence and impact of hybrid warfare, the political leadership needs to be coached about this to meet the challenge collectively.

The deprivation of underprivileged areas and populace needs to be overcome by taking certain reformative and compensatory initiatives. This is one of the loopholes where the enemy can easily ingress and exploit its ambitions. Policy inputs from the intelligentsia, academia, politicians, and strategists should be incorporated along with security and law enforcement arrangements.

Modern statecraft must familiarise itself – quickly – with alternate tools to tackle the emerging complex and unpredictable internal and external security landscape. This includes tackling internal pressure points (particularly ethnic sensitivities and civil rights issues) and to prevent their misappropriation by external elements for their own motives institutional harmony is needed today more than ever before, to be addressed candidly without playing “Politics”.

It is not good enough for military leadership only to acknowledge the presence and impact of hybrid warfare, the political leadership needs to be coached about this to meet the challenge collectively. Incorporating all the strata of our society we must strategize in proportion to the gravity of the multi-faceted threats.

Pakistan should put its priority in securing ‘Strategic Assets’