I will go to homes of Shaheeds on Sept 6th : Shahid Afridi 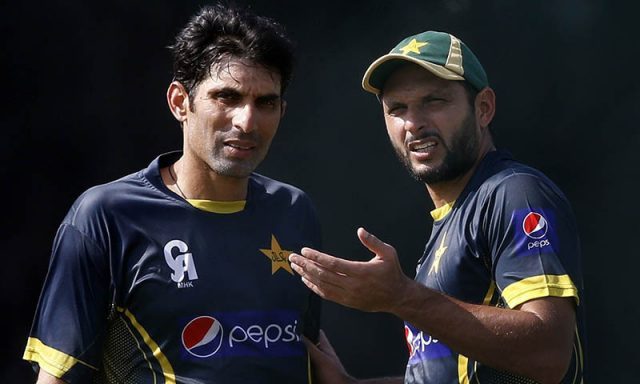 Star cricketer Shahid Afridi has announced to visit the families of martyrs on September 6th. The ISPR has announced to expand the idea of Defense Day and has opined that the day must be celebrated as the ‘Martyrs Day.’ Carrying forward the mission of Armed forces, Shahid Afridi has urged his fans and followers to celebrate the Martyrs Day September 6th with high spirits.

He encouraged people to reach out to the families of martyrs and express their gratitude for their sacrifices for the country. Shahid Afridi quoted the tweet of Inter-Services Public Relation and announced to be a part of the campaign initiated by Armed Forces that seeks to reach out the families of martyrs to express solidarity with them. Shahid Afridi further added that people should nominate one celebrity, one actor, one anchor and one cricketer to one family of the martyr.

Let’s be part of Defence & Martyrs Day campaign. I will go to home of Shaheeds on 6 Sep. Please join and announce one player, actor, anchor, celebrity to home of one Shaheed. #WeLovePakistan https://t.co/EX1mGGaxMg

Inter-Services Public Relations in their Tweet released a video message. DG ISPR Major General Asif Ghafoor was seen addressing a conference. He stated that Pakistan has sacrificed much in the war on terrorism. The nation besides Armed Forces of Pakistan has equally borne the brunt of the insurgency. In a tweet, DG ISPR Major General Asif Ghafoor said, “Nation will pay tribute to its Martyrs & their families on 6 Sep.”

He added that September 6th is a day when the nation can celebrate the war heroes of Pakistan who on various occasions laid their lives to save the country. He discussed the idea of placing the pictures of Shaheeds at different public places. He requested electronic media to play a pivotal role in the campaign and spread to every stress, town, village, area, city, and province of the martyrs. He, however, added that further details of the campaign will be shared soon.

His fans and followers appreciated his announcement and expressed their love for the all-rounder cricketer. Shahid Afridi is pursuing philanthropic activities after his retirement from international cricket. His foundation Shahid Afridi Foundation is actively supporting humanitarian causes across Pakistan and internationally as well.

Stronger together? India-US ties set to experience an uptick after Ladakh