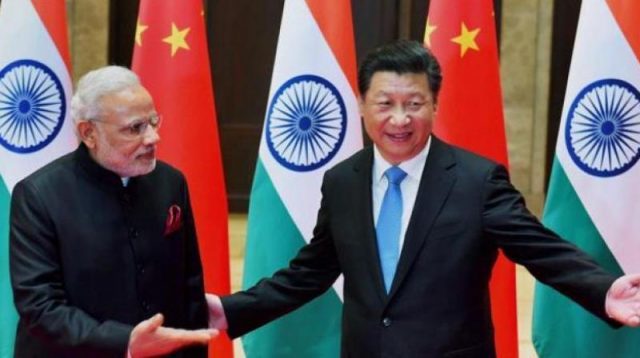 Shanghai Cooperation Organization (SCO), to which Pakistan and India became a party in 2017, on the lines of increasing regional cooperation on economic and security dimensions called a foreign ministers conference. The communiqué issued at the end of conference stated the reaffirmation and support toward China’s Belt and Road proposal from participant foreign ministers of all countries including Pakistan, Kazakhstan, Kyrgyzstan, Russia, Tajikistan, and Uzbekistan, except India. India continued with its narrative of opposing the China-Pakistan Economic Corridor project as it was passing through the parts of Jammu and Kashmir, which India considers as its own territory.

China-Pakistan economic corridor is an ambitious project, now often being used in the connotation of President Xi’s ultimate legacy, of China which gives it access to warm waters of Pakistan at Gwadar Port. $62 billion worth project adjoins with Xinjiang province of China, entering Pakistan via Gilgit Baltistan region, passing through Khyber Pakhtunkhwa, Punjab, and Sindh and finally terminating at Gwadar, Balochistan.

Indian dream of becoming an Asian superpower by means of its military and economic might is challenged by Chinese hegemony over the state of affairs.

India’s Prime Minister Narendra Modi is visiting China this week as an ice-breaker between India and China in terms of diplomacy and bilateral relations after Doklam standoff last year. PM Modi is scheduled to meet Chinese President Xi Jing Ping informally in Beijing. Elaborating the nature of this high-level meeting between two Asian giants, Deputy Foreign Minister of China  Kong Xuanyou stated that the reason behind scheduling an informal meeting is to get the leaders to interact in a more candid and friendly atmosphere, where both can share deep understanding toward matters of mutual interest. “This not only will benefit the two countries and two peoples but will also have an important effect on peaceful development in the region and around the world,” the ministry paraphrased Kong as telling Indian media in Beijing.

Doklam Standoff refers to the border dispute between India and China in the summer of 2017 when Chinese road construction along the border was obstructed by Indian soldiers. India maintained that China was carrying out the construction at Indian side of the border. The face-off lasted for nearly 71 days, which at times resulted in verbal slurs, fist fight and stone pelting between Indian and Chinese soldiers. The issue was finally resolved when both sides pulled back their troops and construction was halted. Nevertheless, China still claims that personnel of People Liberation Army continue the patrolling along the Doklam border as routine.

China is certainly going strong with support coming from all members of Shanghai Cooperation Organization. All the countries who have endorsed Chinese Belt and Road mega project are its beneficiaries one way or other, except India of course. Since it has no stake in the initiative, getting Indian consent would be the real test of Chinese diplomacy and statecraft in the coming Modi-Xi’s meeting. Though India’s objections over the project still remain insignificant as far as building the infrastructure is concerned. But for the safety of it, there is a dire need to get India aligned with the thinking pattern of China. There have been repeated, proven attempts by India to sabotage CPEC related project inside Pakistan’s territory, engineered via anti-state hostile elements. Failure to bring India to comply with the regional economic overhauling will result in the massive use of economic and human resources by China in general and Pakistan in particular for the safety of CPEC, which could else be used in more productive ways otherwise.

India continued with its narrative of opposing the China-Pakistan Economic Corridor project as it was passing through the parts of Jammu and Kashmir, which India considers as its own territory.

The reason India has been putting, issue of using disputed territory for the long-lasting economic venture, to express its discord with the way China is flexing its muscles is just one side of the picture. Indian dream of becoming an Asian superpower by means of its military and economic might is challenged by Chinese hegemony over the state of affairs. Where India is facing multiple internal challenges to its security and social cohesion, China is enjoying an almost flawless run toward achieving it.

Read more: Will India calm down after China’s clarification over military designs in…

Given the magnitude of investment China has put at stake, it will try to minimize the tension between arch-rivals India and Pakistan to a maximum possible extent. To prevent Pakistan, China’s historic ally, getting alarmed with its diplomatic proximity with India, China on Monday reassured Pakistan that relations between the two countries were as firm as ever and would “never rust”.

Will Pakistan be first country getting out of covid-19