Ignored and scathed on a global platform: What is the future of Pakistan’s foreign policy? 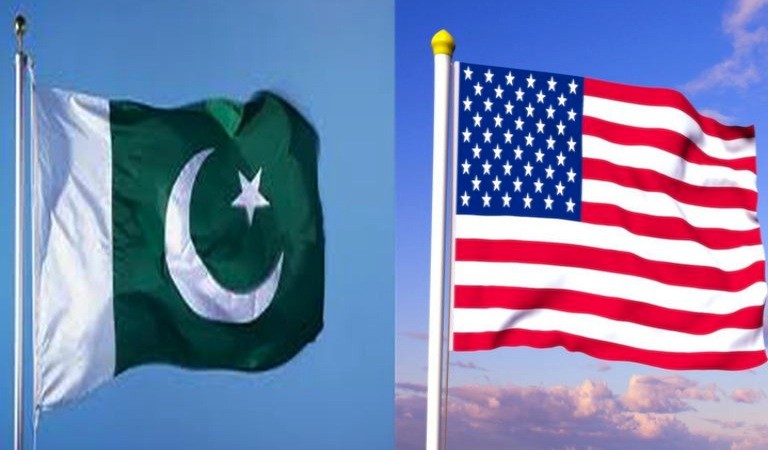 Having no political acumen and experience, the US President Donald Trump has been allying with prominent leaders in Asia, to devise and strategize U.S foreign policy in the region. This has served as a golden opportunity to the major players in the politics of South Asia and the Middle-East. The first six months of Trump regime are crucial for shaping up the future of South Asia and Middle-East as whatever foreign policy is devised, it will have serious implications for the peoples of the region.

India, reading the hostile rhetoric against the Muslim population by Trump, long before he became the president of the United States, has been working hard to make an alliance with the new US government to work against the image and reputation of Pakistan in order to serve its own political interests. India’s active engagement in the US political ambitions (especially related to foreign policy), as well as involvement in political activities in the UAE and Saudi Arabia, has resulted in the so-called ‘royal ignore’ towards the PM Nawaz Sharif in the Muslim Summit in Riyadh held a couple weeks ago.

Read more: Pakistan must outline and work to achieve its own future for the region

The events that took place in the Muslim summit regarding the treatment with Pakistan have long-term implications for South Asia and especially Pakistan. It is evident that India has managed to show the Trump administration and other key players in the international political arena that even the Muslim countries, including Saudi Arabia and the UAE, do not stand with Pakistan (in spite of strong political and religious alliance between Pakistan and Saudi Arabia).

India has successfully managed to create the negative impression of Pakistan by exposing it as a country isolated by other Muslim-countries in a summit where plans are devised to counter terrorism.

Not only PM Nawaz Sharif wasn’t given the opportunity to speak at the summit but Trump’s acknowledgment of India as the victim of terror and intentional disregard towards Pakistan’s fight (against terrorism) and its plight as the victim of terrorism, is ominous for what’s to come in the next 5 years. Pakistan was not only isolated by the Muslim countries but this royal disregard of Pakistan’s role against terrorism has exposed the weak position Pakistan has been cornered into.

Acknowledging India’s role as the victim in this war against terror, Trump has indirectly endorsed India’s narrative on Kashmir separatist militancy seen as Pakistan-sponsored terrorism, while completely ignoring India-sponsored terrorism in Baluchistan province of Pakistan.

This suggests a bleak picture of the US foreign policy for Pakistan as there seems to be a clear understanding between the US, India, and the Middle Eastern countries on isolating Pakistan on this summit against terrorism.

Being shunned out by Middle-eastern countries on this international forum suggests that it is high time that the Pakistan’s ruling elite should reevaluate relations with the Middle-Eastern countries.

India has been trying to isolate Pakistan on the international level for a long time and it seems that India has successfully managed to create the negative impression of Pakistan by exposing it as a country isolated by other Muslim-countries in a summit where plans are devised to counter terrorism. The treatment of Pakistan in the summit is the first step towards ostracizing Pakistan in the coalition of the Muslim countries against terrorism.

Dr. Shahbaz Shabbir Gill is a Professor at Institute of South Asia & Middle Eastern Studies at the University of Illinois, Urbana-Champaign. The views expressed in this article are the author’s own and do not necessarily reflect Global Village Space’s editorial policy.

Previous articleSCO membership of India & Pakistan brings challenges and opportunities
Next articleThreats to regional peace: The implications of a disrupted Afghanistan

24 July 2021
Previous articleSCO membership of India & Pakistan brings challenges and opportunities
Next articleThreats to regional peace: The implications of a disrupted Afghanistan