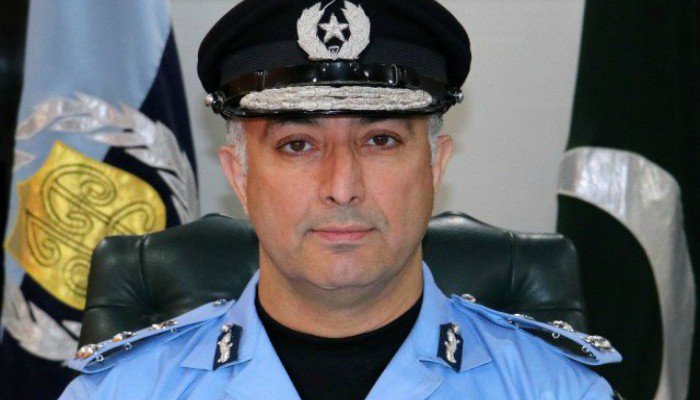 IGP Islamabad, Jan Mohammad, a Grade -20 Officer, appointed by the caretaker government, before the general elections was abruptly transferred out, by the federal government, on Sunday, and his services were placed at the disposal of Establishment Division.

Media reports created the impression that IGP was transferred out on the wishes of the son of a minister or instructions of a minister. (Azam Swati). Supreme court of Pakistan took notice of this development and later suspended the notification till federal government explains its actions.

Reporting #FakeNews is illegal, unethical and a disservice to our nation. It is the responsibility of everyone to discourage such irresponsible behavior. Reject #FakeNews. pic.twitter.com/FkaF0ZNgEU— FakeNewsBusterMoIB (@FakeNews_Buster) October 28, 2018

Attorney General, Anwar Masood Khan, appearing before the court explained that IGP was transferred on the verbal orders of the Prime Minister. Later Secretary Interior and Secretary Establishment also appeared and explained that IGP was posted by the caretaker set up and his transfer was under consideration for the past several days as his performance was not being seen as satisfactory by the Prime Minister’s Office.

This police protection is usually posting of a uniformed policeman to ward off and deter any potential violence. IGP confirmed that he has received the written application and that he is taking action.

It was also explained that a summary existed which could not be signed by the Prime Minister due to his traveling and engagements. Discussion in the top court, however, remained focused on the procedure of the transfer, as to who could have ordered IGP’s transfer and if it was a political decision rather than administrative.

GVS was able to talk to several sources, in the police, the administration and the government familiar with the development – and a totally different picture emerges.

According to these sources, Senator Azam Swati, who has a farmhouse in Orchard Scheme, near Chak Shehzad, requested police protection in the morning of Thursday, Oct 25th. Swati called the relevant DSP, Syed Mohammad Ashraf, around 10.30am informing him that his family and servants are getting threats from certain illegal residents in the area and requested police protection at his farmhouse.

Read more: Why DPO Gondal had to be transferred at 1 am: asks…

Senator who had to attend a cabinet meeting starting at 11.30am then ordered his office to send a written request to IGP Islamabad, Jan Mohammad. This request informing of feared potential violence and request for police protection was first faxed to IGP Office before 5 pm (Fax No: 051-9259390) and later sent physically by a bearer.

Senator later called the IGP, was able to brief him on his assessment of the risks of violence and requested police protection at his residence. This police protection is usually posting of a uniformed policeman to ward off and deter any potential violence. IGP confirmed that he has received the written application and that he is taking action.

IGP Jan Mohammad, a Grade-20 Officer, was posted by the Caretaker setup, PTI government, after assuming office, had made a policy not to change officers unless they have a reason to.

Somehow IGP failed to take the prompt action. GVS found out that he did forward the request downwards, through normal police channels, but it kept on moving through the official channels and did not reach the SSP in time for him to deploy a policeman for providing protection.

In the evening of October 26th, around 6 pm, the illegal settlers, apparently from some tribal areas, did barge onto Swati’s residence, as threatened and beat up his servants, took them hostage along with their weapons. Swati, learning of the violent situation, then started calling the IGP on the phone who was not available.

Servants were rushed to Poly Clinic for emergency treatment and police sources who later reached the spot confirmed that attackers had several beaten the servants. Sources close to Swati argue that if Islamabad police had deployed one or two uniformed policemen in time then the whole violent situation that happened would have been avoided.

According to police sources and Islamabad administration, Shaheryar Afridi, State Minister for Interior, had already been complaining of IGP’s slow manner of working, his inability to respond to real-time situations and IGP’s transfer was widely expected. IGP Jan Mohammad, a Grade-20 Officer, was posted by the Caretaker setup, PTI government, after assuming office, had made a policy not to change officers unless they have a reason to.

Read more: Sindh High Court Reinstates A. D. Khowaja and Adds to the…

This was again reiterated by PM’s Advisor on bureaucracy, Shahzad Arbab, during a detailed briefing to media in a local hotel at the completion of one month of the government. Apparently, PM when learnt of this latest development, and IGP’s inability to provide protection in time despite written application, ordered his immediate transfer