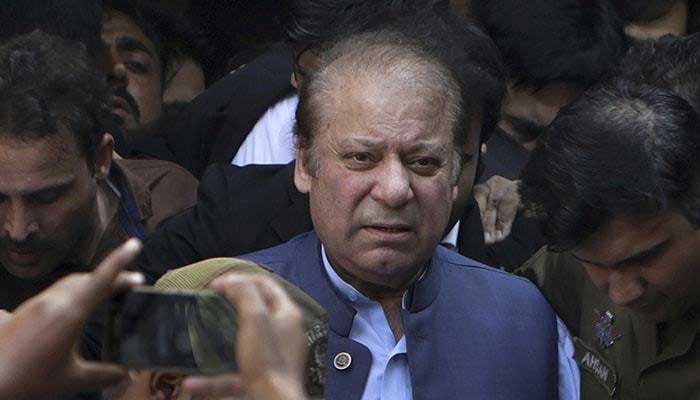 A two-judge bench comprising Justice Amir Farooq and Justice Mohsin Akhtar heard the case and sought report of the medical board that examined Sharif. The plea for bail was filed by Khawaja Haris, the counsel for Nawaz Sharif, in the IHC, citing the deteriorating health of former prime minister and PML-N leader, Nawaz Sharif.

The ex-premier also requested the IHC to suspend the jail term given to him by the accountability court until a decision was announced regarding his plea.

The National Accountability Bureau (NAB), accountability court and superintendent of Kot Lakhpat jail were made respondents in the petition. The former premier pleaded that the court suspends his sentence and grants him bail on health grounds against surety bonds. The petition also mentions that Sharif was unable to undergo proper medical examination due to his arrest and imprisonment.

Four days ago, the former premier quoted the doctors– part of a medical board formed to examine his health– saying he couldn’t be hospitalized due to pressure. The medical reports were declared unsatisfactory. He had undergone echo and thallium scan tests at Punjab Institute of Cardiology (PIC), according to reports.

Read more: Nawaz Sharif to clean his own jail cell

Muhammad Arshad Malik, Accountability court judge on Dec 24 sentenced Sharif to 7 years imprisonment in the Al-Azizia reference case. Already disqualified for holding public office, Nawaz was however acquitted of all charges in the Flagship Investment case. The former premier was arrested by a NAB team soon after the verdict was announced.

But on Jan 3, NAB moved two appeals in the IHC, challenging the accountability court verdict in the Al-Azizia and Flagship Investment references against Sharif. The anti-graft watchdog had pleaded to increase the sentence awarded to Sharif in the Al-Azizia case and overturn his acquittal in the Flagship reference.

The ex-premier also requested the IHC to suspend the jail term given to him by the accountability court until a decision was announced regarding his plea.

Previous articleHolocaust museum stokes controversy among Hungary’s Jews
Next articleBrexit: What is the Irish backstop?

29 July 2021
Previous articleHolocaust museum stokes controversy among Hungary’s Jews
Next articleBrexit: What is the Irish backstop?

Challenges of devolution – Farid A Malik

Writing on the wall for corrupt elite of Pakistan?