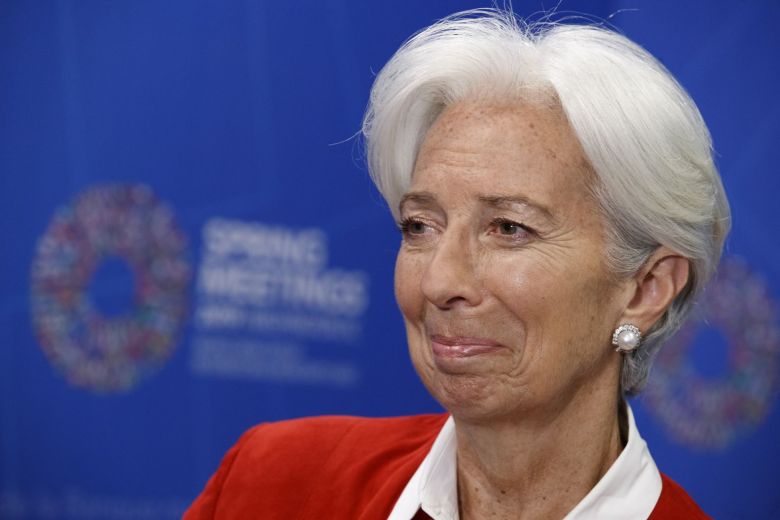 The rising influence of lending by China to developing nations is increasingly under the spotlight amid concerns the growing debt burden and onerous conditions could sow the seeds of a crisis.

The global development lenders, the International Monetary Fund and World Bank, are calling for more transparency about loan amounts and terms, and cautioning governments against relying too much on debt.

China also has a growing role as a donor to the World Bank fund that provides low-cost loans to the poorest countries.

At the Spring meetings of the institutions on Thursday, newly-installed World Bank President David Malpass warned that “17 African countries are already at high risk of debt distress, and that number is just growing as the new contracts come in and aren’t sufficiently transparent.”

And IMF chief Christine Lagarde said the high debt levels and number of lenders, who do not all conform to international norms, also complicate any future efforts to restructure a country’s debt.

“Both the bank and the IMF are working together in order to bring about more transparency and be better able to identify debt out there, terms and conditions, volumes and maturities,” she said at a news briefing.

“We are constantly encouraging both borrowers and lenders to align as much as possible with the debt principles” set by international organizations such as the Paris Club and Group of 20. An IMF report issued this week warned that rising debt levels around the world — government and corporate borrowing — poses a risk to the global economy.

The rising influence of lending by China to developing nations is increasingly under the spotlight amid concerns the growing debt burden.

Read more: As Balkans sit in EU’s waiting room, China gets to work

Malpass acknowledged that lending can help economies grow “but if it’s not done in a transparent way, with good outcome from the build-up of debt, then you end up having it be a drag on economies.”

He cautioned that “history is full of those situations where too much debt dragged down economies.” The G20 has called on the two Washington-based lenders to collect data on debt to get a better handle on the amounts and loan conditions.

“I’ll be reporting to the G20 on the progress during our meetings coming up this week, and the keys are to have transparent disclosure of the debt as it is being created, and also then have the focus on good outcomes in terms of quality projects,” Malpass said.

“This is critical for poor countries as they try to move forward to have the projects associated with good quality programs and full disclosure of the debt.”

China also has a growing role as a donor to the World Bank fund that provides low-cost loans to the poorest countries.