'Muller Report' came out incriminating American president, Donald Trump of colluding with Russia to win the presidential elections. Trump denied all the allegations but Congressmen who are in line for presidency calls for impeachment. 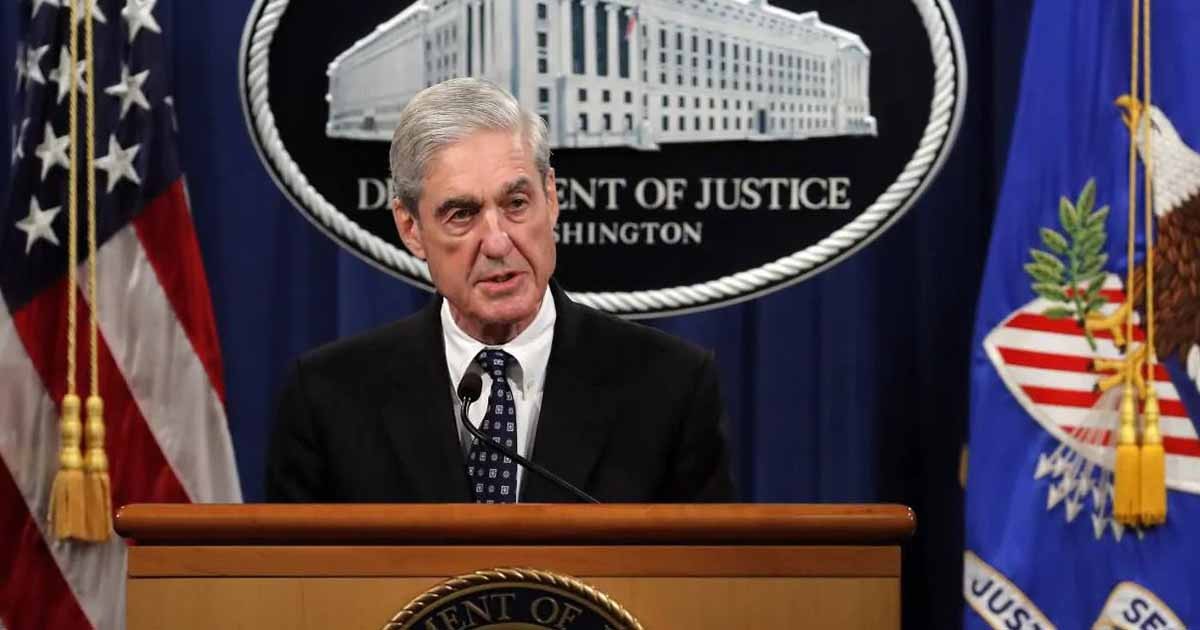 President Donald Trump acknowledged for the first time Thursday that Moscow helped him win the White House in 2016 – before retracting himself to launch a fiery attack on Robert Mueller and the Russia probe.

“Russia, Russia, Russia! That’s all you heard at the beginning of this Witch Hunt Hoax,” Trump tweeted, in an outburst against Special Counsel Mueller’s suggestion that Congress impeach him for obstructing the two-year investigation.

Russia, Russia, Russia! That’s all you heard at the beginning of this Witch Hunt Hoax…And now Russia has disappeared because I had nothing to do with Russia helping me to get elected. It was a crime that didn’t exist. So now the Dems and their partner, the Fake News Media,…..— Donald J. Trump (@realDonaldTrump) May 30, 2019

“And now Russia has disappeared because I had nothing to do with Russia helping me to get elected,” Trump said.

It appeared to be the first time that Trump accepted claims by US intelligence chiefs that Russian government meddling aided his stunning upset victory over Democrat Hillary Clinton.

Although Trump did not remove the tweet, he shortly afterward sought to walk back the admission, telling reporters as he left on a trip to Colorado that Russia “if anything, helped the other side,” or Clinton.

If he [Donald Trump] were anyone other than the president of the United States, he would be in handcuffs and indicted

“Russia didn’t help me at all.”

Trump has stridently rejected any suggestion his victory was illegitimate ever since US intelligence chiefs announced in January 2017 that Moscow interfered heavily in the election, hacking computers and manipulating social media largely to damage Clinton and boost Trump’s campaign.

His outburst came a day after Mueller – in his first public comments on the investigation he was named to lead in May 2017 – said the probe had established “multiple, systematic efforts to interfere in our election.”

Notice how Robert Muller said “there were multiple systematic efforts” and not “efforts by Russia”? For such a carefully crafted statement, that says a lot! pic.twitter.com/EWRLvZ0IkJ— warren stan (@IHaveAPlan4That) May 29, 2019

“Russian intelligence officers who were part of the Russian military launched a concerted attack on our political system,” he said, with their hacking “designed and timed, to damage a presidential candidate.”

Mueller also reiterated that the investigation found evidence of attempts by Trump to obstruct his investigation.

“If we had confidence that the president clearly did not commit a crime, we would have said that,” he said.

BREAKING: "If we had had confidence that the president clearly did not commit a crime, we would have said so." https://t.co/eIBzmPfUe6

But he said he was blocked from charging the president by Justice Department regulations and indicated that it is up to Congress to launch impeachment proceedings to determine if Trump committed a crime.

There was no high crime and there was no misdemeanor,” Trump said, referring to the grounds defined in the US constitution for removing a president

“When a subject of an investigation obstructs that investigation or lies to investigators, it strikes at the core of the government’s effort to find the truth and hold wrongdoers accountable,” Mueller said.

Trump in response slammed Mueller as conflicted and said the investigation had produced no evidence against him.

“Robert Mueller should have never been chosen,” to lead the probe, he told reporters Thursday.

“I think he is a total conflicted person. I think Mueller is a true never-Trumper.”

Robert Mueller came to the Oval Office (along with other potential candidates) seeking to be named the Director of the FBI. He had already been in that position for 12 years, I told him NO. The next day he was named Special Counsel – A total Conflict of Interest. NICE!— Donald J. Trump (@realDonaldTrump) May 30, 2019

Asked about growing clamor in Democratic ranks for the launch of impeachment proceedings against him, Trump called it “presidential harassment.”

How do you impeach a Republican President for a crime that was committed by the Democrats? WITCH-HUNT!— Donald J. Trump (@realDonaldTrump) May 30, 2019

“To me, it’s a dirty word, the word impeach, it’s a dirty, filthy, disgusting word, and it had nothing to do with me,” Trump said.

“There was no high crime and there was no misdemeanor,” he said, referring to the grounds defined in the US constitution for removing a president.

“So how do you impeach based on that?”

Democratic leaders have remained cautious about taking the politically fraught step to remove president Trump, with elections less than 18 months away.

….say he fought back against this phony crime that didn’t exist, this horrendous false accusation, and he shouldn’t fight back, he should just sit back and take it. Could this be Obstruction? No, Mueller didn’t find Obstruction either. Presidential Harassment!

Nancy Pelosi, the top Democratic lawmaker, said Wednesday that Congress would step up investigations, but studiously avoided the word impeachment.

“The Congress holds sacred its constitutional responsibility to investigate and hold the president accountable for his abuse of power,” she said.

Despite Department of Justice policy to the contrary, no one is above the law – not even the President. Read my full statement here: https://t.co/6m2Q6s9kEC— Nancy Pelosi (@SpeakerPelosi) May 29, 2019

“The American people must have the truth.”

But several Democratic presidential hopefuls are pressing for Congress to start impeachment proceedings of Trump.

“If he were anyone other than the president of the United States, he would be in handcuffs and indicted,” said Senator Elizabeth Warren.

In 448 pages, Special Counsel Mueller made it absolutely clear that Donald Trump obstructed justice, over and over again. Time for Congress to do its job and hold the President of the United States accountable. pic.twitter.com/CLQ6tDKh2d— Elizabeth Warren (@ewarren) May 30, 2019

“What Robert Mueller basically did was return an impeachment referral. Now it is up to Congress to hold this president accountable,” Senator Kamala Harris said on Wednesday.

What Robert Mueller basically did was return an impeachment referral. Now it is up to Congress to hold this president accountable.

We need to start impeachment proceedings. It's our constitutional obligation.— Kamala Harris (@KamalaHarris) May 29, 2019

Trump seems confident about the baselessness of accusations that surfaced against him.